Until his death in 1961 at the age of 75, Tommy Gorman was a legendary figure in the North American sporting world. His career spanned a lifetime of excitement from the time he sat as a 10-year-old page boy at the feet of Sir Wilfred Laurier in the House of Commons in Ottawa.

A born hustler, he learned quickly to take advantage of every opportunity. He became a member of Canada’s gold medal Olympic Lacrosse team in 1908. As a newspaper reporter he covered the sinking of the Titanic, and the Halifax explosion in 1917 on special assignment from his sporting beat. Through these endeavors he attracted the attention of racing people who felt his energy would put life back into thoroughbred racing at Connaught Park after the First World War. From that time Gorman kept the historic plant humming with the great names of racing, while at the same time building the National Hockey League, of which he was a founding governor, into an exciting winter sports giant.

Timer, Racing Secretary, General Manager, and then President of Connaught Park, Gorman also found time to act as President of the Province of Quebec Racing Association, guiding racing in that province through the Depression years and the Second World War at Blue Bonnets, Mount Royal, Dorval, King’s Park, and Connaught Park.

Gorman was Assistant General Manager at Agua Caliente in Tijuana, Mexico. While at Caliente, he brought in such great horses as Sun Beau and the incredible Phar Lap, the gigantic Australian champion who met an untimely death as he was about to commence an American tour after winning the $100,000 Caliente Handicap.

From racing to hockey, Gorman was never idle. Between racing seasons he won seven Stanley Cups, managing four different teams in five different cities, the last with the Montreal Canadiens in 1946 with a team composed of Richard, Blake, Lach, Durnan and other great Habitant stars. Returning to Ottawa, he turned Connaught Park into a standardbred operation after making history by racing the first thoroughbred meeting under lights in Canada in 1954. At the time of his death, Connaught had become a highly successful trotting track, and the famous old plant, now completely rebuilt, continues to be a monument to his driving energy and vision. Gorman is a member of the Hockey Hall of Fame and the Greater Ottawa Sports Hall of Fame. 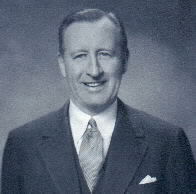