For over 200 years, racing has been a popular sport in Canada. But it is only since the unveiling of The Canadian Horse Racing Hall of Fame in 1976 that the memory of those who have made a significant contribution has been perpetuated with the annual induction of legendary names to the Honour Rolls. These names represent the key categories of the racing fraternity – Builders, Thoroughbreds, Standardbreds, Jockeys, Trainers and Drivers/Trainers.

Over the years, the Hall’s collections have been expanded, exciting displays and exhibits created, a permanent home been designated and donated and our Legends of the Past program introduced. This was all made possible by the financial support of our Industry and Supporters.

This is a solid foundation on which to look to future development. However, donations, on which the Hall is dependent, are not keeping pace with rising costs and the need for exciting new elements. The vitality and continued success of the Hall will be possible only through the renewed support of its existing sponsors and members, and the enlistment of new supporters from all areas of the sport, and, in fact, from the public at large!

Those who have devoted their energy, time, and resources to fulfill our common dream to grow, innovate and maintain the sport of thoroughbred and standardbred horse racing in Canada, will now have an opportunity to enjoy recognition for that conviction and commitment. So too, will the legions of fans who have been racing’s mainstay.

We invite you to join us as an associate member at one of the following levels of contribution:

The introduction of a new “Associate Member” Hall of Fame category will allow the Hall to further expand its stake in history. By investing in the Hall and nurturing its very concept, the Associate Members will be racing’s new heroes, standing beside the legends of the past in a worthy shrine.

It will be a shrine which Members can help move into the 21st century with new initiatives that will engage new audiences and build on its existing strengths – initiatives like a travelling treasure-trove-of-racing-history “road show” for display at racetracks across Canada; the development of a new, freestanding and interactive Canadian Horse Racing Hall of Fame website, featuring the national history of the sport for inclusion on the websites of all major racetracks in Canada, supplementing each track’s own local history.

An area in the Hall will be designated as the Associate Members’ Wall of Fame, where the name of each donor of $1,000 or more will be listed for 12 months from the time of donation. Ongoing annual donors will have their names in perpetuity.

We see the future of The Canadian Horse Racing Hall of Fame as the opportunity to present racing’s legends in tandem with new ideas and new insights that will connect people with their passion for racing. We need your support to connect the past with the future. 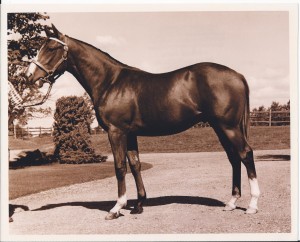