Our entire nation will be celebrating 150 years of confederation in 2017, but for Canada’s horse racing industry, 2017 represents another significant anniversary, the 250th Anniversary of our great sport in this great land.

In 1665, Louis XIV directed the shipment of 21 mares and 2 stallions from the royal stables for the use of settlers beside the St. Lawrence. From that time onward, horses played an important role in the settlement and creation of our country, as a means of transportation and as work animals to clear the land. 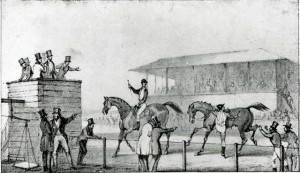 In time, the use of horses also turned to sport with records of a race meet held on what is today known as Canadian soil, being held on July 1st, 1767….exactly 100 years before Confederation. It all started in Quebec, on the Plains of Abraham. The race was announced in the Gazette de Quebec on June 27 of that year and reported on July 9, as follows: “The horse race for a purse of forty dollars was held on Wednesday, first of the month, on the Hill of Abraham. It was easily won by Captain Prescott’s mare Modesty, much to the discomfiture of those who, purporting to know about such things, had wagered against her and were thereby parted from their money.”

From that day forward horse racing has been part of the fabric of our country. From coast to coast, generation after generation, people from all walks of life have participated in and enjoyed our sport.