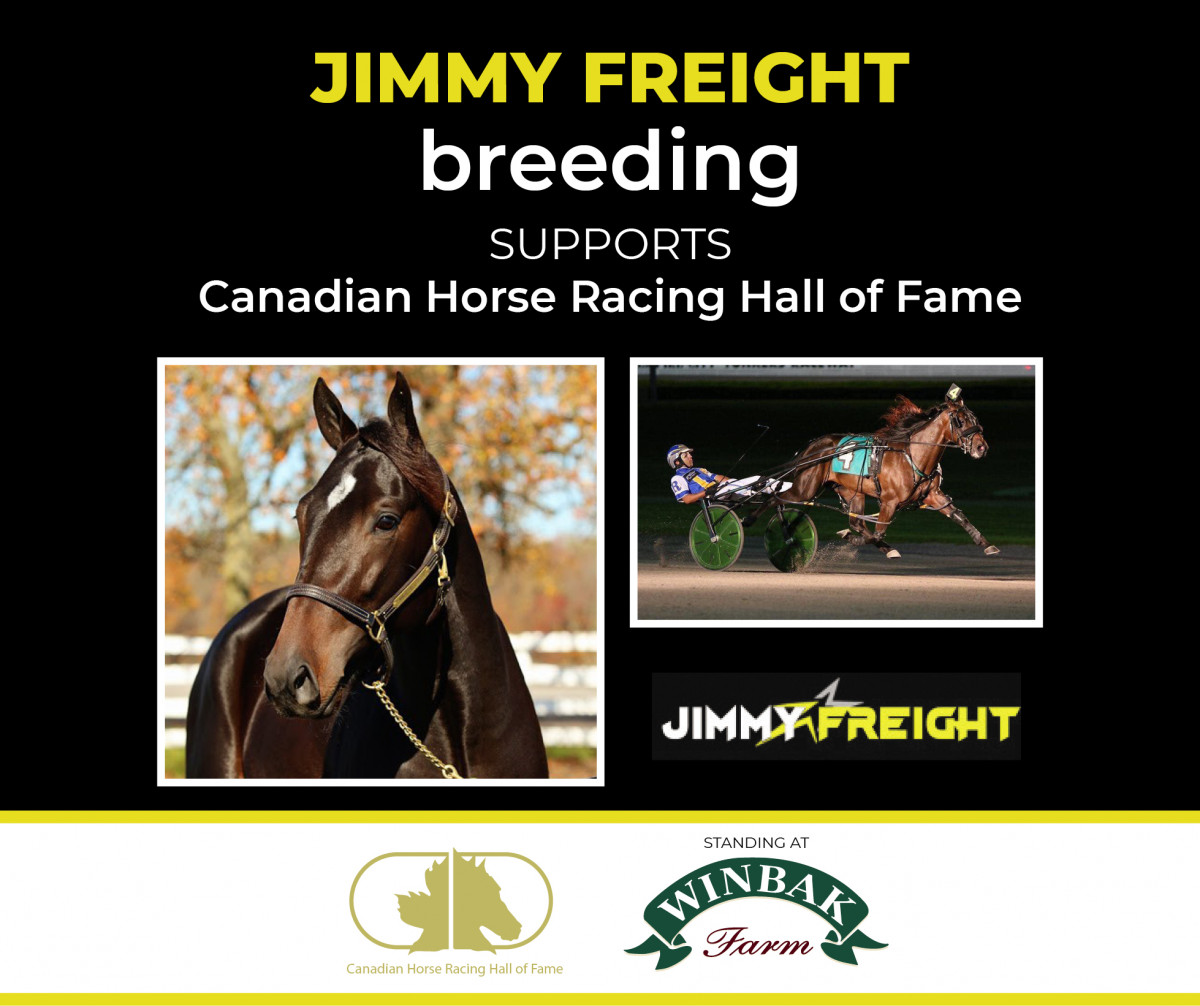 The Canadian Horse Racing Hall of Fame today announced that Gavin Christie of Perth, ON and his mare, SHE CAN DANCE have been selected to receive a special breeding to Jimmy Freight, to benefit the Hall of Fame.

The Canadian Horse Racing Hall of Fame wishes to thank all who submitted mares to be part of their recent fundraiser for a 2021 breeding to 2018 O’Brien Award-winning pacer Jimmy Freight. The Hall also extends a special thank you to Adriano Sorella, the owner of Jimmy Freight, and Winbak Farm, for being part of this unique fundraising opportunity.

SHE CAN DANCE, a 14-year-old mare by The Panderosa and out of Presidential Ball daughter Miss Pangeniality raced in Pennsylvania where she started 90 times, won 11 races, earned $130,660, and set a lifetime mark of 1:53.1F.  She was purchased by Christie in 2019 as a broodmare.  Prior to her move to Canada, she had four foals, all of which have raced.  Her most recent foal, VEL MR NICE GUY is currently racing in Indiana. The three-year-old has started 12 times and finished first or second in all of his races, including a victory in the Indiana Governor’s Cup Championship for two-year-olds in September, taking a two-year-old mark of 1:54.

As part of the promotion, the CHRHF will be given the opportunity to name the foal. As well, the Hall will receive 50% of the proceeds of any breeder rewards from the resulting foal’s two-year-old and three-year-old years (2024 and 2025).

The CHRHF looks forward to being part of this experience and will be sharing progress reports at various points in the mare’s breeding, pregnancy, and the resulting foal’s first years of life.