What some have called ‘the greatest day in Canadian horse racing’ the Kenilworth Gold Cup took place in Windsor, Ontario, October 12, 1920, when the two biggest names of the day competed in a historic match race. 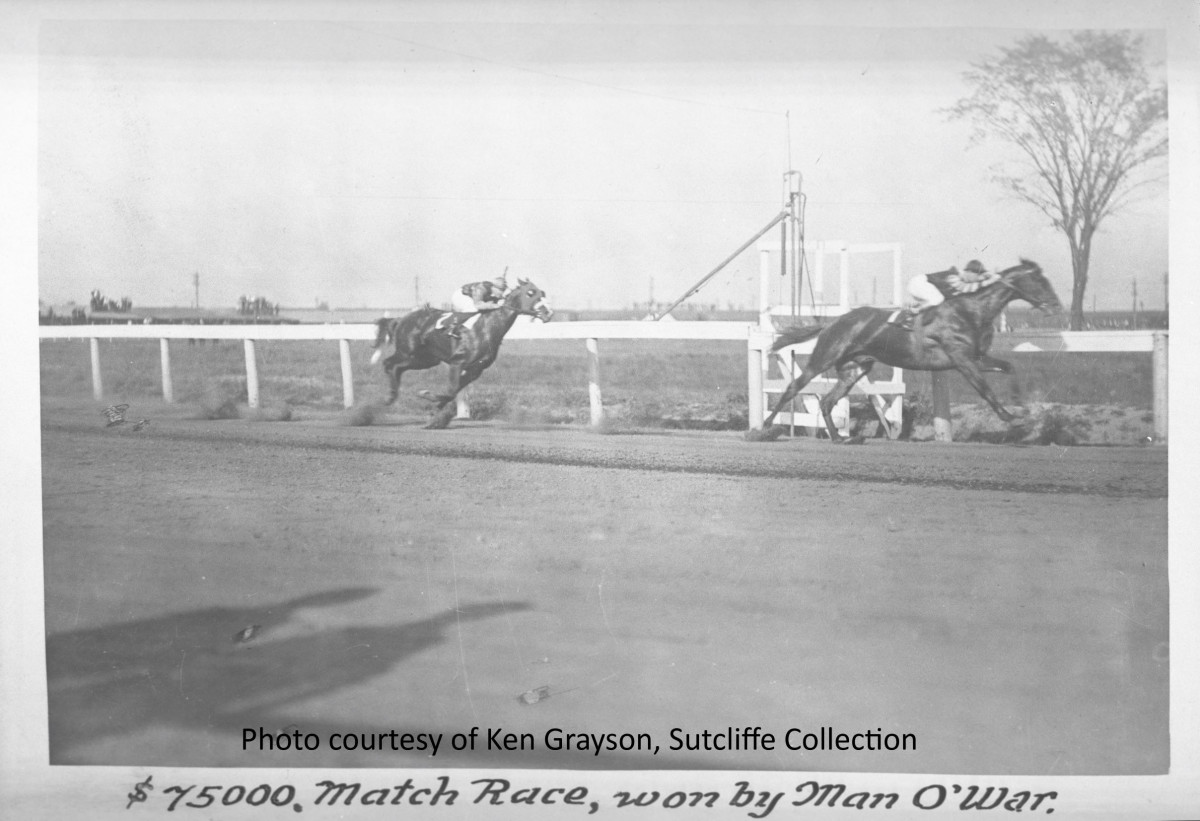 The immortal Man o’ War, holder of more records than any other horse and the leading three-year-old of 1920 was owned by Samuel D. Riddle of Philadelphia, and Sir Barton, the Canadian-owned champion of the older-horse division and America’s first Triple Crown winner in 1919 owned by Commander J. K. L. Ross of Montreal faced off to settle the supremacy of the North American turf.

Man o’ War, was the prohibitive 1-to-20 favourite, with bettors wagering a reported $220,000 on the race organized by the track’s operator, Mr. Abe Orpen and considered a major coup in a time Canadian racing needed a boost following the government’s wartime ban on betting in 1918 and 1919.  It was a highly anticipated event that would become the first horse race filmed from wire to wire, with the footage later shown in movie theatres across the continent. 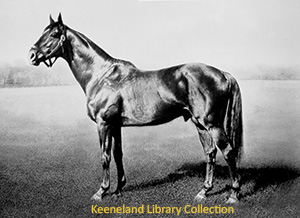 Originally proposed as a contest that might also feature a third great racehorse of the time, Exterminator, the terms of the race at a mile and a quarter and a weight-for-age format was not to the liking of Exterminator’s owners so he was not entered resulting in a match race between Man o’ War and Sir Barton.  The two competed for a $75,000 US, winner-take-all purse with accompanying Gold Cup, designed by Tiffany & Co and valued at $5,000.  That same trophy was later donated to Saratoga Race Course by Mrs. Riddle, the wife of Man o’ War’s owner and is now known as the Man o’ War Cup, presented each year to the winner of The Travers Stakes.

Following the race the Canadian Sportsman and Live Stock Journal carried a photo of Man o’ War on the cover of its October 18th, 1920 issue accompanied by a caption reading “MAN O’ WAR – Winner of the $75,000 race at Windsor on Tuesday, October 12th, defeating Sir Barton in a most decisive manner and showing himself to be a wonder horse”.

Man o’ War’s race at Kenilworth Park was his final career start and win, something that was repeated by Exterminator and a later “Big Red”, Secretariat who also concluded their careers with wins at Canadian tracks.