Tepin, given the moniker “Queen of the Turf”, spent most of her race career under the direction of trainer Mark Casse and the ownership of Robert Masterson.  Racing from age 3 to 6, the striking bay filly accumulated a record of 13-5-1, including nine Grade 1/Group 1 wins or placings in three countries – Canada, England and the U.S.  In 2015 she won the Breeders’ Cup Mile (G1) against the boys.  The following year, In what would be her final year of racing, she travelled to England winning the prestigious Group One Queen Anne Stakes at Royal Ascot.  Her final career win came in the 2016 Woodbine Mile (G1) when she put an exclamation mark on her career with a half-length win, again over the boys.    Tepin was twice presented with the Eclipse Award as American Champion Female Turf Horse; 2015 and 2016. 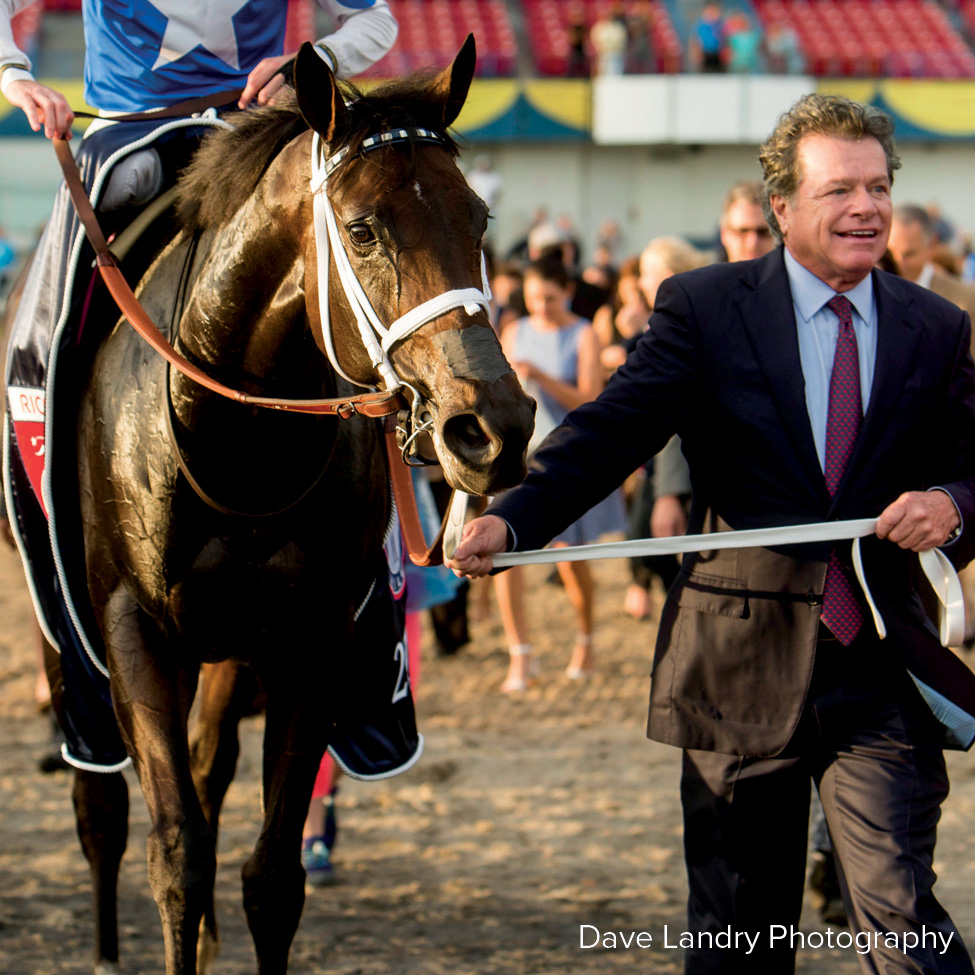