Play the King, was conditioned throughout his four-year race career by Hall of Fame trainer Roger Attfield for breeder/owner Kinghaven Farms of King City, Ontario.  In 29 starts, he made 19 trips to the winners’ circle and earned just shy of $1 million.  Play the King’s stakes success began at age four with a win in the Toboggan Handicap (G3) at Aqueduct, and was followed by wins in the Jacques Cartier, Vigil Handicap and the Toronto Budweiser Breeders’ Cup Handicap at Woodbine, as well as wins in the Highlander Handicap, the Suffolk Sprint in Boston (G3) and finally the Nearctic Stakes (G3), to earn him the 1987 Sovereign Award for Champion Older Male Horse and Champion Sprinter.  The following year brought repeat wins in the Nearctic Stakes (G3) at Woodbine and the Toronto Budweiser Breeders’ Cup Handicap before making his most noted performance, the Breeders Cup Sprint (G1) at Churchill Downs.  A strong 49-1 second-place finish contributed to him being presented Sovereign Awards as Champion Sprinter, Older Horse and Horse of the Year in 1988. 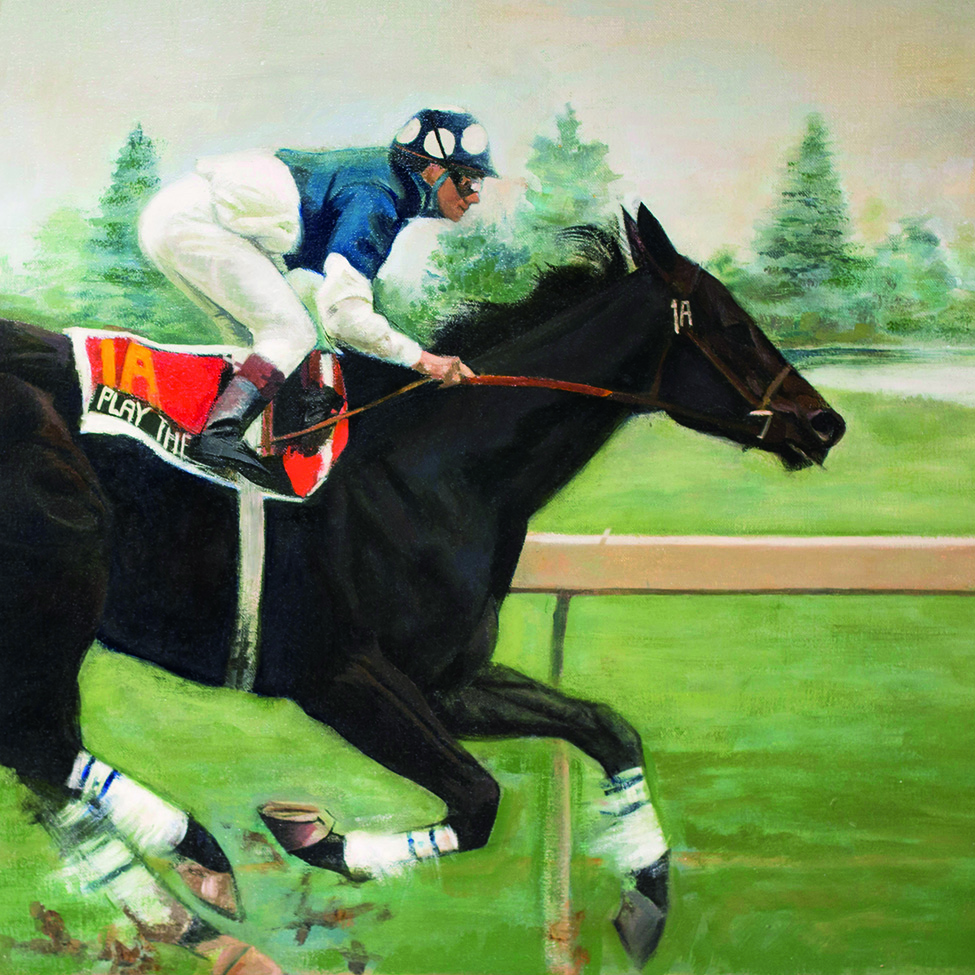