Paul MacDonell’s driving career is highlighted by both consistency and superstars, with earnings surpassing $1 million for 33 consecutive years, due in part to piloting such horses as Hall of Fame Honoured Members Somebeachsomewhere, Admirals Express and Invitro.  He has also been the primary pilot for millionaires Village Jiffy, Village Connection, Elusive Desire, Bigtime Ball and Laddie.  The Guelph resident’s major stakes victories include three Metro Paces, five Confederation Cups, and eight Breeders Crowns as well as a record 16 Ontario Sires Stakes Super Finals to his credit.  The popular and affable driver was awarded an O’Brien Award as the 2008 Canadian Driver of the Year and to date has chalked up more than 15,000 top three finishes, 5,623 wins and has driven horses to in excess of $122 million in purse earnings. 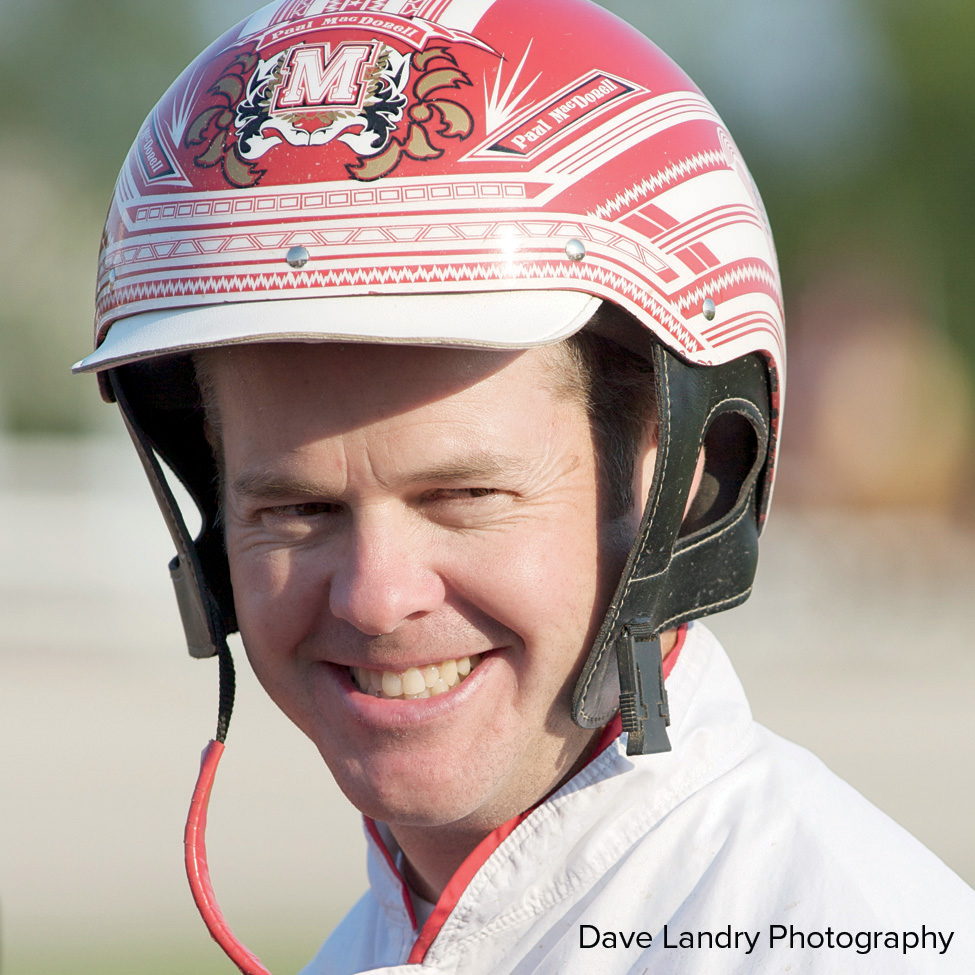