Tricky Tooshie’s resume is not full of black-type stakes wins and she never won an O’Brien Award. The daughter of Rumpus Hanover and Sangria Belle (Tijuana Taxi) earned her place in the Canadian Horse Racing Hall of Fame the old fashioned way — racing week-in and week-out against the best horses in whatever jurisdiction she was residing.

As a 2-year-old in 1992 that was Quebec, where she was a five-time winner in Quebec Sires Stakes action and won the $197,289 Coupe des Eleveurs final in a Blue Bonnets track record 1:55.1. At three, Tricky Tooshie was even more dominant in her home province, winning 15 straight races, including another Quebec Sires Stakes final. The filly would lose just twice that season.

“She was unbeatable in Quebec,” said her driver Sylvain Filion. “She was so much the best it was almost a joke. She was pretty easy to drive, too. You could make two, three mistakes in the race and still win, so that makes it pretty easy for a driver.”

Filion steered the filly to $434,326 in sires stakes earnings through her career.

Trainer Jean-Louis Deblois bred Tricky Tooshie in partnership with owner Laurent Bergevin and Filion said he was pleased to see them honoured by the mare’s induction into the Hall of Fame.

“She couldn’t have a better owner and trainer in Quebec. They were great people, they took great care of her and I am happy for them,” said the driver. “They gave her time off when she needed it and they did not over race her. They did just what they needed to do for the horse.”

Tricky Tooshie needed some time off after her 3-year-old campaign due to a knee injury and when she returned to the races in August of her 4-year-old year the Quebec racing scene was in a state of upheaval. It quickly became apparent to Deblois and Bergevin that they would have to look elsewhere to find racing opportunities for their star pacer.

Deblois spent six months, from late 1994 through the spring of 1995, with the mare in Ontario and then decided to hand Tricky Tooshie’s care over to Rick Zeron. Zeron would train the mare for the next two years, which she spent battling the very best mares in Canada in the fillies and mares open and preferred classes.

“She always liked to be up in the hunt, she didn’t like to be sitting too far back. She wanted to go out and win, she thrived on winning. That was the greatest asset she had. Loved doing her work and she left 110 percent on the track every time she raced,” Zeron said, adding one of the keys to Tricky Tooshie’s success in the open pacing mare ranks was the work caretaker Linda Bedard did to keep her happy and healthy. “Tricky Tooshie and Linda got along from Day 1, and I think that’s what really helped her become the great racehorse that she was after she was three.

Upon her retirement from racing, Tricky Tooshie joined the broodmare ranks at Hanover Shoe Farms where she produced 13 foals from nine different sires. Eleven of those foals would go on to race with eight of them earning over $100,000 and pacing faster than 1:55. Her most successful offspring was The Panderosa gelding True North Hanover, who won 39 races, paced in 1:50.2 and banked $732,912. After foaling Western Ideal colt Techino Hanover in 2015, Tricky Tooshie retired from the broodmare ranks, but continued to live at Hanover Shoe Farms until her passing in early April 2021 at the age of 31.

Her legacy continues to the next generation and a well-known granddaughter named Lyons Sentinel. Bred by Hanover, Lyon Sentinel p,3,1:49.2($1,236,361 ) is a daughter of Captaintreacherous out of Tricky Tooshie’s daughter Tutu Hanover and was the 2019 Dan Patch 2-Year-Old Pacing Filly Of the Year (the same year her illustrious grandmother was inducted into the Hall Of Fame). 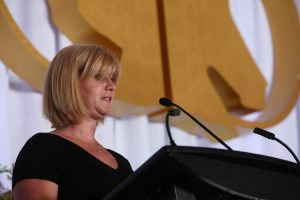 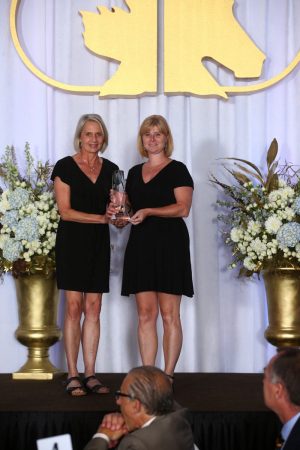