Few jockeys, if any, made such a lasting impression in the world of horse racing in the early 1990s as did Mickey Walls, a precocious teenager from British Columbia. Booting home two and three winners on a daily basis in 1990 after shipping to Ontario and the OJC circuit, Walls earned a Sovereign Award as Canada’s leading apprentice. The following season he swept almost every award possible, Sovereigns as top apprentice and outstanding jockey in Canada and an Eclipse Award as the outstanding apprentice in North America. It is the only time a jockey has accomplished that trifecta — two Sovereigns and an Eclipse in the same year. Walls soon earned a reputation as one of the most gifted jockeys Canada has produced.

Mickey’s journey to the Canadian and B.C. Halls of Fame began in 1990 as a 16-year-old, 98-pound stribling at Vancouver’s Exhibition Park (now Hastings).  He won his first race on Chocolate Kirsch three days after his 16th birthday. “I could ride almost before I could walk,” recalled Walls. “First it was ponies, the show ring and then thoroughbreds.” He said he was eight or nine when he started galloping thoroughbreds. His dad Joe Walls, a B.C. trainer who passed away early in 2019, and his mother Carol, who legged up horses, had a farm just outside Vancouver and were very supportive when at age 14 he got permission to work horses at the track.  “They said, ‘if you want to ride, do it now while you can, before you get too big.’ “

He terminated his career in 2002 when persistent weight problems, a blight every jockey endures, forced his retirement. His debilitating struggle with keeping his weight under scale weight of 126 pounds was endangering his health. Pulling weight after hours in the sauna, waking in the mornings feeling dehydrated, was both a physical and mental strain. The ordeal was nothing new. He had been reducing since he was a bug boy as a teenager. During his prolific 12-year career he won 1,432 races, 112 in stakes races, including the Queen’s Plate aboard Woodcarver, Prince of Wales, Breeders and Canadian Oaks. In his eventful 1991 season he won 286 times. His win total that summer at Woodbine of 221 eclipsed Sandy Hawley‘s record of 190. His career mounts earned $37.3 million. Interested in expanding his horizons with the aim of riding in the U.S., he obtained his green card in 1994 and rode with success in New Orleans, Chicago and Arkansas for two years before returning to Canada in 1996.

Among the highlights of his career was the Breeders’ Cup Classic at Woodbine in 1996 when he finished fourth in a blanket finish aboard 101-to-1 longshot Mt. Sassafras, beaten only a half length by Alphabet Soup, Louis Quatorze and champion Cigar. “He (Mt. Sassafras) ran his eyeballs out. I got beat a half length for all the money. It was an awesome race. I had the lead at the eighth pole and I said to myself ‘you got to be kidding me, like stop the race’. I was grinding, grinding, and then they came.

Walls summed up his career, saying: “The easy part was the riding. The hard part was just getting there. Riding was just so much fun but getting there wasn’t. I’ve won the Eclipse, Sovereigns, the Plate and Oaks and practically every other stake here. My greatest accomplishment was just lasting as long as I did. “ 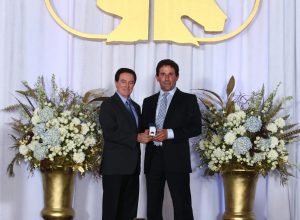 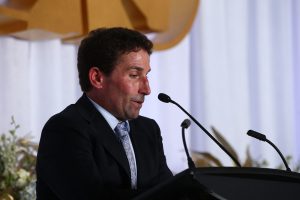 Jockey Mickey Walls thanks his family and connections during his Hall of Fame acceptance speech.
Photo by New Image Media 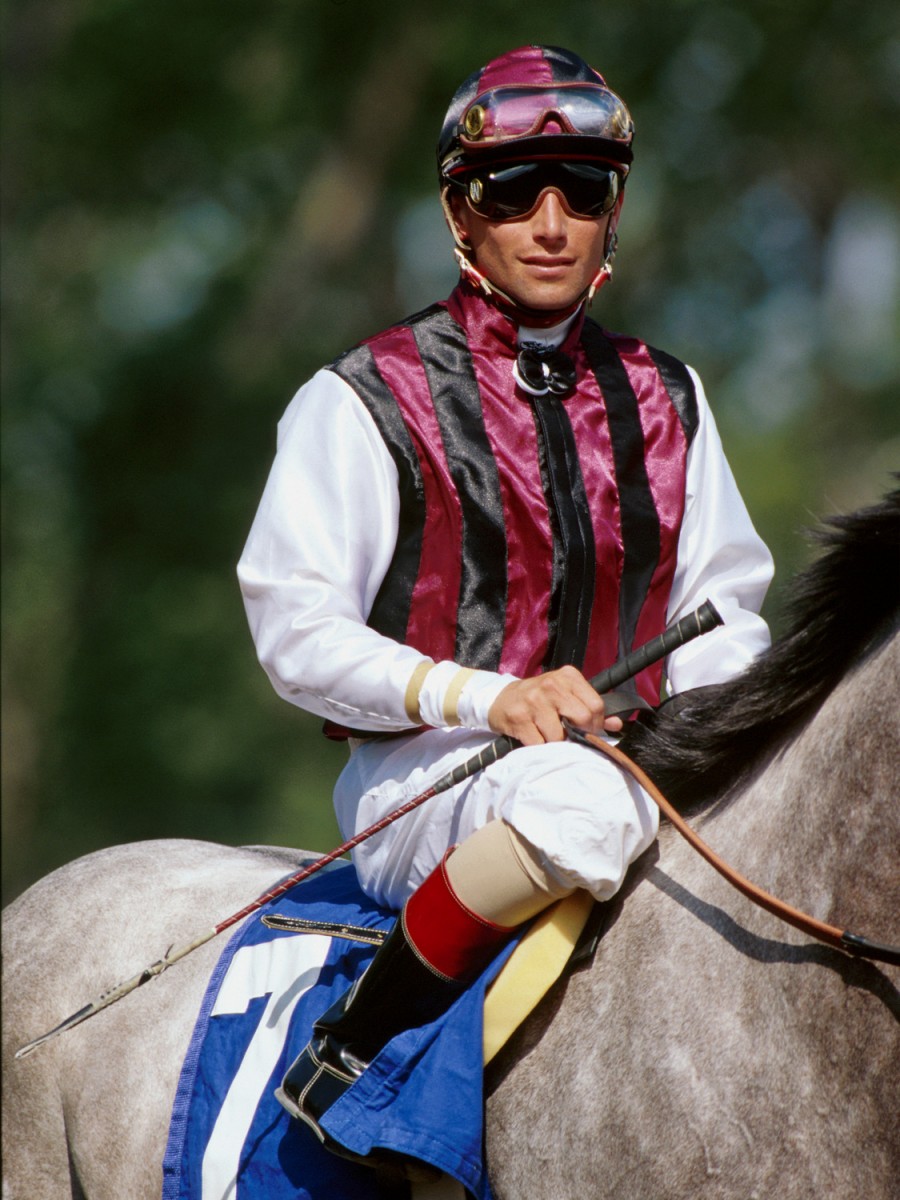