The most famous pacer of the early 1900’s he won all 73 races he contested and attracted large crowds of fans at his appearances in both the US and Canada.

Dan Patch was a horse for the ages and much admired. He set records in races and time trials throughout the US, earning the titles “The greatest harness horse in the history of the two-wheeled sulky” and “World Champion Harness Horse”.  In the fall of 1906, Dan Patch paced a time-trial mile in 1:55 ¼ in Lexington, an almost unbelievable record that would stand for several decades.

To place his record in perspective, the first Canadian horse to go faster than two minutes flat in a race (2:00.00) was Mighty Dudley in 1959.

The Canadian Horse Racing Hall of Fame’s decision to honour Dan Patch’s exploits is a result of the Canadian portion of his career and the role he played in Canadian harness racing history.  The Hall of Fame continues to expand its reach to honour all race horses and people who have brought honour to Canadian racing and to Canada as a nation.

With great anticipation, many Canadian racing enthusiasts gathered from near and far to watch Dan Patch compete four times in Canada, the first being in Windsor, Ontario on July 10, 1901 in preparation for upcoming Grand Circuit races. In 97 degree heat (Fahrenheit) Dan Patch defeated five challengers in three straight heats.  Racing publications of the day declared it “A grand performance, Dan Patch cleverly defeated his field with a reserve of speed at the finish.”

On August 8th that same year, 118 years ago, Dan Patch faced three challengers, this time in Fort Erie, Ontario, and was again victorious in three straight heats, despite being taken to the back of the field in the first heat before exploding past his competition down the stretch for the win.

The following year in June of 1902,  Dan Patch returned to Windsor for a much publicized match race against Harold H, the best Canadian pacing horse of the time, defeating the Canadian challenger handily in front of thousands of admiring fans.

Dan Patch made his final Canadian appearance at Toronto’s Exhibition Park October 21, 1905, two weeks after setting his world record in Lexington.  He was then owned by Mr. Marion W. Savage, a Minnesota businessman and founder of International Stock Foods, a company that also had a Canadian operation located in Toronto.  The Toronto time-trial garnered a Canadian record for a mile on a half-mile track of 2:06, breaking the previous record by three full seconds. Today, that record is acknowledged with a granite bench engraved with the words “World Champion horse ‘Dan Patch’ broke the Canadian record here in 1905”, located outside the north end of BMO Field at Exhibition Place.

Throughout the first half of the twentieth century, Canadian restaurants, banquet halls, theatres and homes displayed memorabilia celebrating the exploits of Dan Patch.

Canadians in all walks of life proudly recognized his exploits on Canadian soil. In many ways, he was an adopted son.

During the teens-30’s of the 20th century it was difficult to find a Canadian youngster who didn’t know about Dan Patch and his exploits on the racetrack. For his time, he was as famous as any superhero and as well-known as the top celebrities of the day; truly the stuff of legends. Movies were made and books were written to chronicle his life and his on track achievements.  There were few like him. 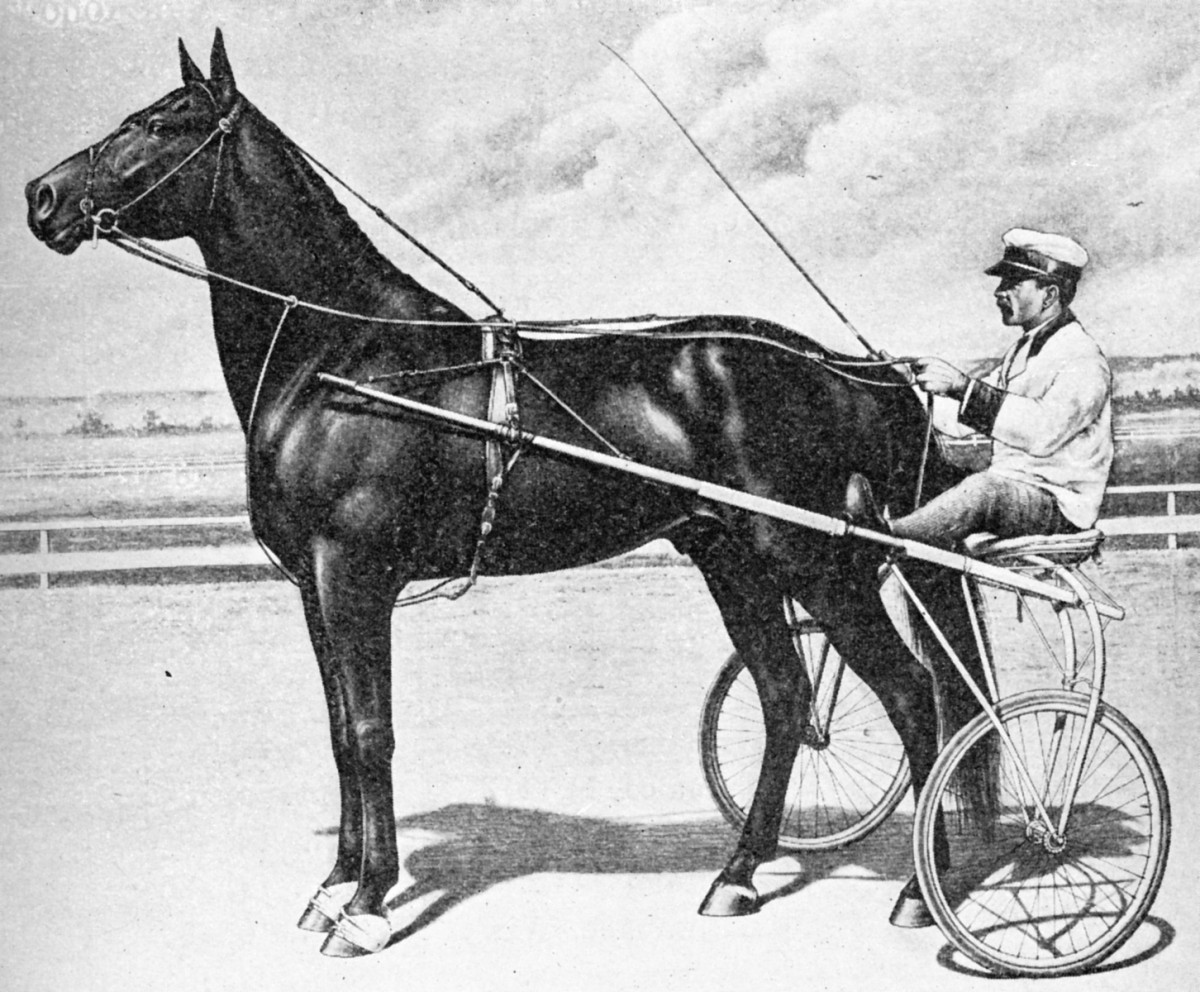