In an era when the leading thoroughbred breeders in Canada included men such as E.P. Taylor, Conn Smythe, Bud Willmot and J. Louis Levesque, the honor in 1975 of earning the first Sovereign Award as champion breeder went to a horseman from Western Canada — Bory Margolus, owner of Elmbrook Farms in Gibbons, Alberta, 37 kilometres north east of Edmonton.

His reputation and contributions in Western Canada’s thoroughbred industry was further validated in 1977 when he won his second Sovereign Award as Outstanding Owner. A successful business executive, Margolus prided himself with his successes as both an owner and breeder of quality stock.  From 1970 to 1982, under the guidance of HOF trainer Ron Smith, Elmbrook won just about every race there was in Alberta, including the Canadian Derby and Alberta Derby, and mostly with horses bred out of his own broodmares. Elmbrook was leading money-winning stable seven times in the 1970s. It was especially potent with 2-year-olds, sending out the winner of Calgary’s Stampede Park Futurity four years in a row, from 1972 to 1975, with Trochu Joe, Sea Reason, Western Dangler and Careless Win. After missing in 1976 Elmbrook won the 1977 Futurity with Torero. With the exception of Careless Win, who was purchased privately, all were bred by Elmbrook from their own mares and their three foundation sires, Reasonably Fair, Dangblastit and Indefatigable.

Margolus, who bought his first horse in 1952, won the Canadian Derby in 1977 with Western Reason, but it was a tainted win. It finished second in a three-horse photo finish for place but a great deal of controversy followed and was moved up to first when Stewards ruled that the first horse across the finish wire, R.J.’s Diamond, had interfered with third-place finisher Honey Speed. “This wasn’t the way I wanted to win,” said Margolus. “I wish they’d never have taken R.J.’s number down. I don’t want to win that way, especially the Canadian Derby. It’s been a long time trying and now that I’ve won it I don’t feel any happiness.”

Later in his career Margolus partnered with Hall of Fame builder Jim Wright in the ownership of Winnipeg’s Assiniboia Downs. He was admired by those in his industry and was known as a consummate gentleman who treated his horses and those he employed at Elmbrook the same way, he spoiled them. Every year at the farm, which had indoor and outdoor training tracks and two large barns, Margolus hosted a barbecue and baseball tournament for all the backstretch employees. 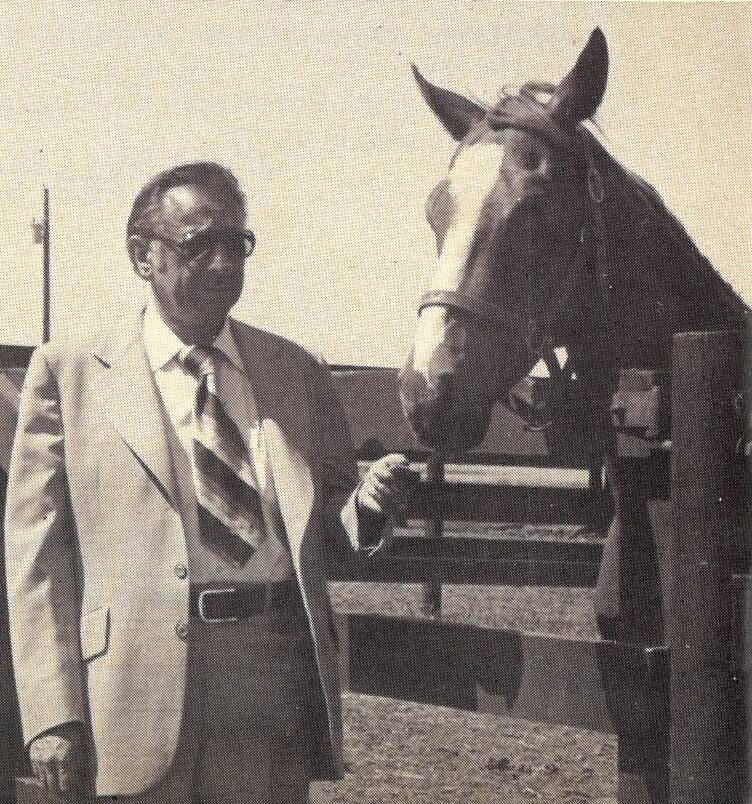