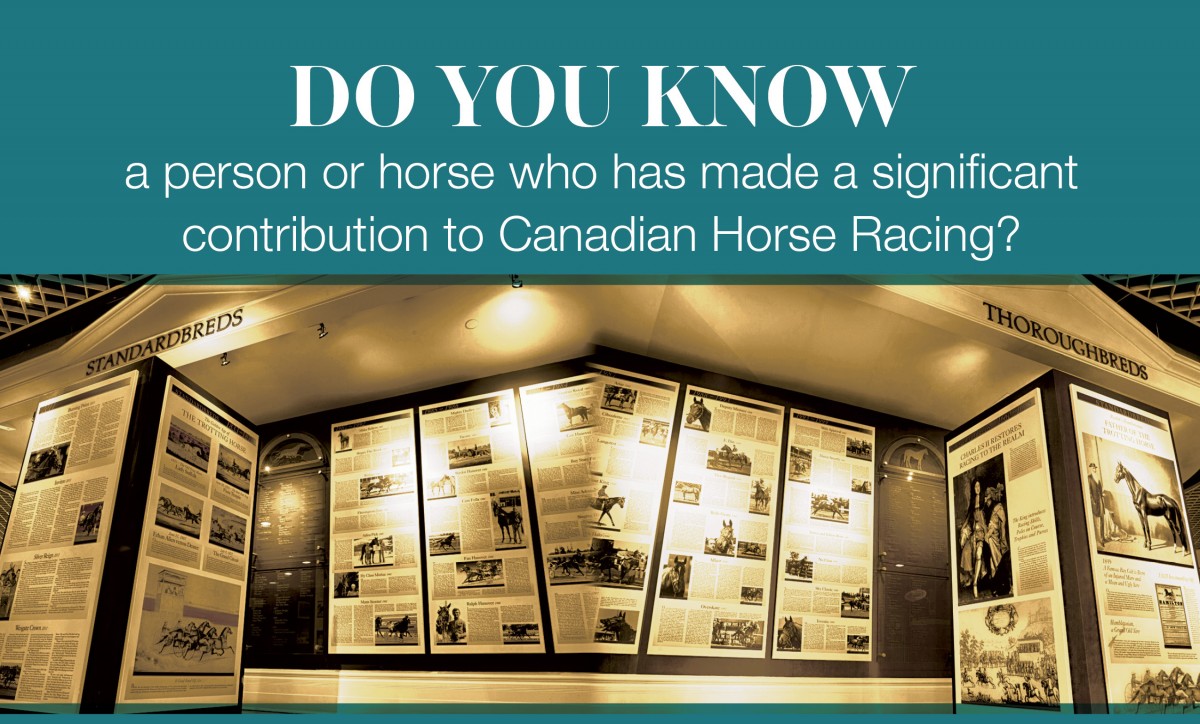 The public is encouraged to participate in the Canadian Horse Racing Hall of Fame 2019 nomination process, by submitting recommendations of people and horses who have made a significant contribution to Canadian Standardbred or Thoroughbred horse racing.

All submissions received by 5:00 pm EST, March 6, 2019 will be carefully considered by the Nominating Committee of the applicable breed.  A maximum of three finalists in each of five categories for Standardbreds and five categories for Thoroughbreds will be presented to the Election Committee for final voting by secret ballot.

Nominations are being accepted for the following:

The list of finalists selected for consideration by the Election Committee for each breed will be announced Monday, March 25, 2019. The Inductees for the 2019 class of the Canadian Horse Racing Hall of Fame will be announced Tuesday, April 9, 2019.