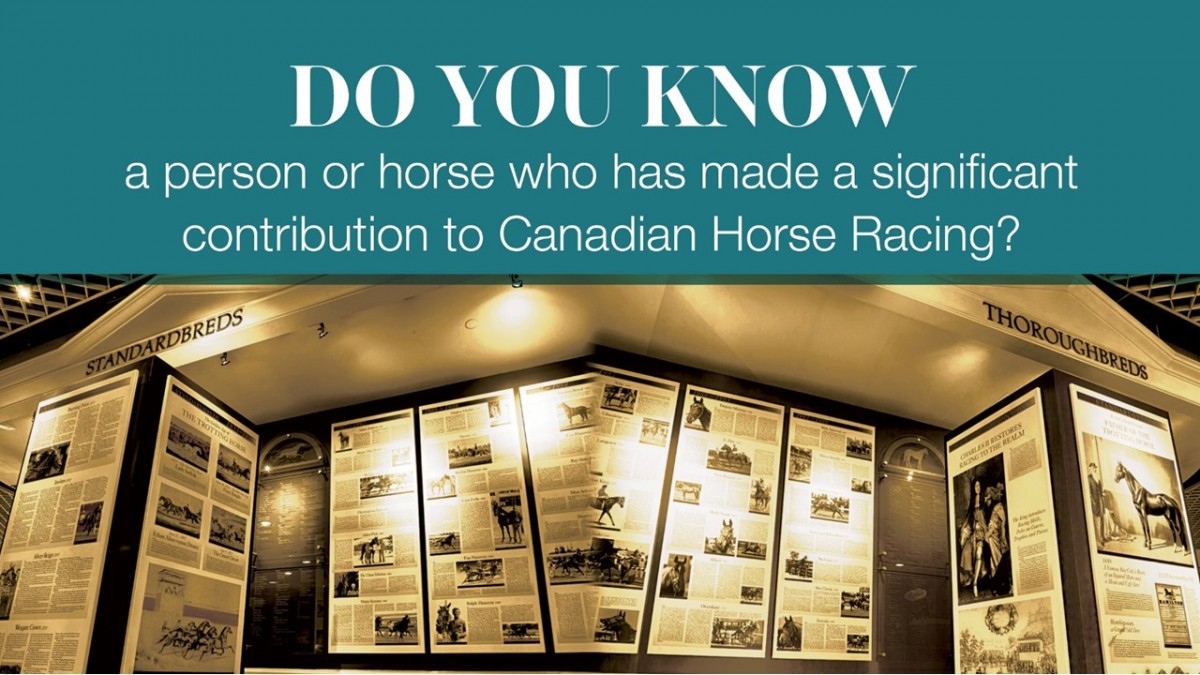 At a recent meeting of the CHRHF Board of Directors, the following changes to the Hall’s Nomination and Election Committees were approved.

Additonally, as part of the Canadian Horse Racing Hall of Fame’s continuing efforts to honour the most deserving people and horses who have made a significant contribution to Canadian Standardbred and Thoroughbred horse racing, a change has been made to recognize Standardbred drivers and trainers as two separate categories.  Historically Standardbred driver/trainers have been considered one category by the CHRHF.  The changing landscape of harness racing now includes more people who specialize either as a trainer or driver.   While there will still be individuals who succeed as both drivers and trainers, for the purpose of evaluating nominees, these people will be assigned to the category where their career has been the strongest, while still recognizing the total body of their work.  The purpose of this change is to provide a more balanced comparison to their peers.

The Canadian Horse Racing Hall of Fame is now accepting public nominations to be considered for the CHRHF Class of 2019.

The public is invited to participate in the nomination of horses and people who have made a significant contribution to Canadian Standardbred and Thoroughbred horse racing, for induction to the Canadian Horse Racing Hall of Fame in 2019.

Nominations for the following will be considered:

Nominations forms may also be submitted to:

The list of nominees selected for consideration by the Election Committee for each breed will be announced Monday, March 25, 2019. The Inductees for the 2019 class of the Canadian Horse Racing Hall of Fame will be announced Tuesday, April 9, 2019.

We invite you to visit the Canadian Horse Racing Hall of Fame located at the West Entrance of Woodbine Racetrack in Toronto, Ontario.