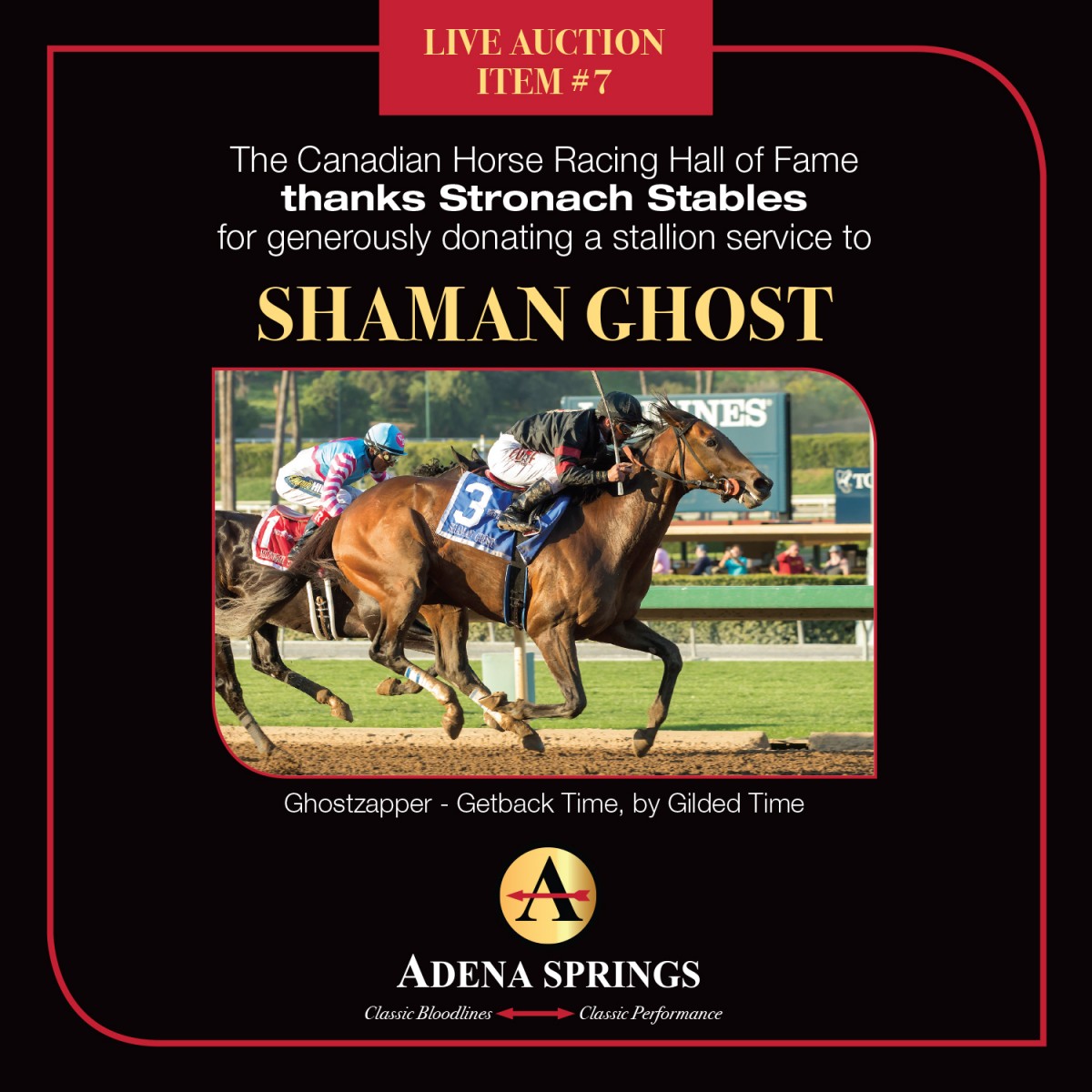 In celebration, Stronach Stables is donating a 2019 breeding season of the newly minted Hall of Fame member to be auctioned at the Hall of Fame Gala, along with stallion seasons for seven horses standing at Adena Springs North.

The son of Ghostzapper, Shaman Ghost was named Canada’s Champion three-year-old in 2015 following wins in the Queen’s Plate and Marine Stakes.  His 2016 campaign established Shaman Ghost as one of the best on the continent, winning the Woodward (GR1) at Saratoga, and Brooklyn Invitational (GR2) at Belmont.

His career earnings soared to $3.8 million with wins in 2017 including the Santa Anita Handicap (GR1) and the Pimlico Special (GR3).  He finished second to Arrogate in the world’s richest race, the $12 million Pegasus World Cup (GR1) at Gulfstream, finishing ahead of California Chrome.

Shamans Ghost will stand at Adena Springs Kentucky Farm for the 2019 breeding season.

Darryl Kaplan, President of the Canadian Horse Racing Hall of Fame, acknowledged the generous contribution with the following statement, “We are greatly appreciative of the generosity of Adena Springs and the Stronach family. The Hall relies on the support of the Canadian racing community, and to have such an important industry partner step up in this way, is so valuable. This donation is a real boost to Wednesday’s gala event, and will surely be of great interest to the many people attending.”

The breeding seasons to seven Adena Springs North stallions being offered include:

The Canadian Horse Racing Hall of Fame Class of 2018 includes:

A limited number tickets are still available to attend the event and may be purchased by contacting Linda Rainey 416-417-9404 or linda.rainey@horseracinghalloffame.com.