John Graham Sikura, a proud Canadian and a Toronto boy, is president of Hill ‘n’ Dale Farms in Kentucky. His rise to the position he now possesses as one of the leading horsemen in the Thoroughbred breeding and racing industry in America, however, was never a “given”. 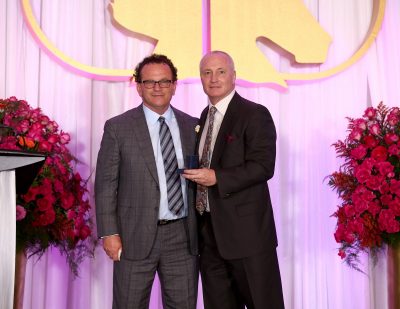 John G. Sikura receives his Hall of Fame ring from his brother Glenn

Yes, his bloodlines were indelibly associated with the horse business.  His late father, John Sikura Jr., inducted into the Canadian Horse Racing Hall of Fame in 2013, founded Hill ‘n’ Dale Farms north of Toronto in the late 1960s. Young John’s education began as a youngster when his grandfather would take him to the races at Greenwood. He was drawn to horses and began studying pedigrees, often “borrowing” his father’s copy of The Blood-Horse magazine.  He and his brother Glen did many of the menial jobs around his father’s stallion and breeding operation. By the time he was 15 he was helping his dad’s yearling consignment at the annual CTHS auction sales.

But Sikura had another love – hockey. He was like any other Canadian boy of one day playing in the National Hockey League. After high school, he attended Michigan State on a hockey scholarship. Then spend three years playing hockey for the University of Guelph while receiving a Bachelor of Arts degree.   Realizing that he didn’t have the ability or size to play in the NHL he headed to Denmark. While playing for Esbjerg he suffered a badly broken nose and spent 10 days in hospital before returning home. 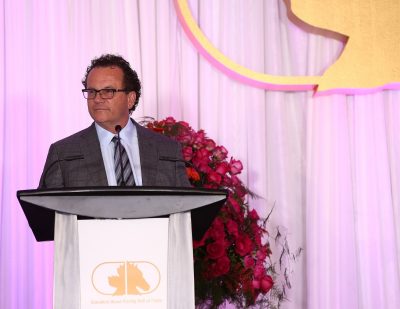 He drew his father’s wrath when he told him he had an offer to play in Germany.  His father was furious.  He said, “Time for you to get a job.”  John G. balked, moving out of the house. Ultimately his passion for the horse business won out. “You just can’t pretend anymore, and you know it is time to move on. So I went home and worked on the farm for a year.”  When his father bought a farm in Kentucky, he shipped to the Blue Grass country in a horse van. “I knew a lot about pedigrees, especially the female families of Northern Dancer, but little else.”

What would happen over the next decade or so at Hill ‘n’ Dale would perhaps rival the great success of Sikura’s neighbor, Spendthrift Farms. Breeding and selling five world record horses; selling almost 100 horses for $1 million or more at public auction. He bred or co-bred the winners of two legs of the Triple Crown — Belmont Stakes winner Touch Gold and co-bred Preakness champion Cloud Competing.  In 2016 the sales of Hill ‘n’ Dale reached over $27 million.

Sikura had great respect for the traditions of the horse industry in Kentucky and paid homage to it. The original Hill ‘n’ Dale site in Lexington was too small for his plans to aim higher. He used the 160-acre farm as a down payment to acquire North Ridge Farm on the other side of town. It is a 1,300 acre layout and a showpiece. The farm has a about a mile of stone wall fencing. “It was done by hand, and is a tribute to the history of the area.”

Through the years Hill ‘n’ Dale has been the home of champions Theatrical and Vindication, a son of Seattle Slew, who moved to the farm near the end of his life and was buried at North Ridge.  Stallions currently standing at Hill ‘n’ Dale include Curlin, a sire of numerous Group 1 champions, along with Stormy Atlantic. 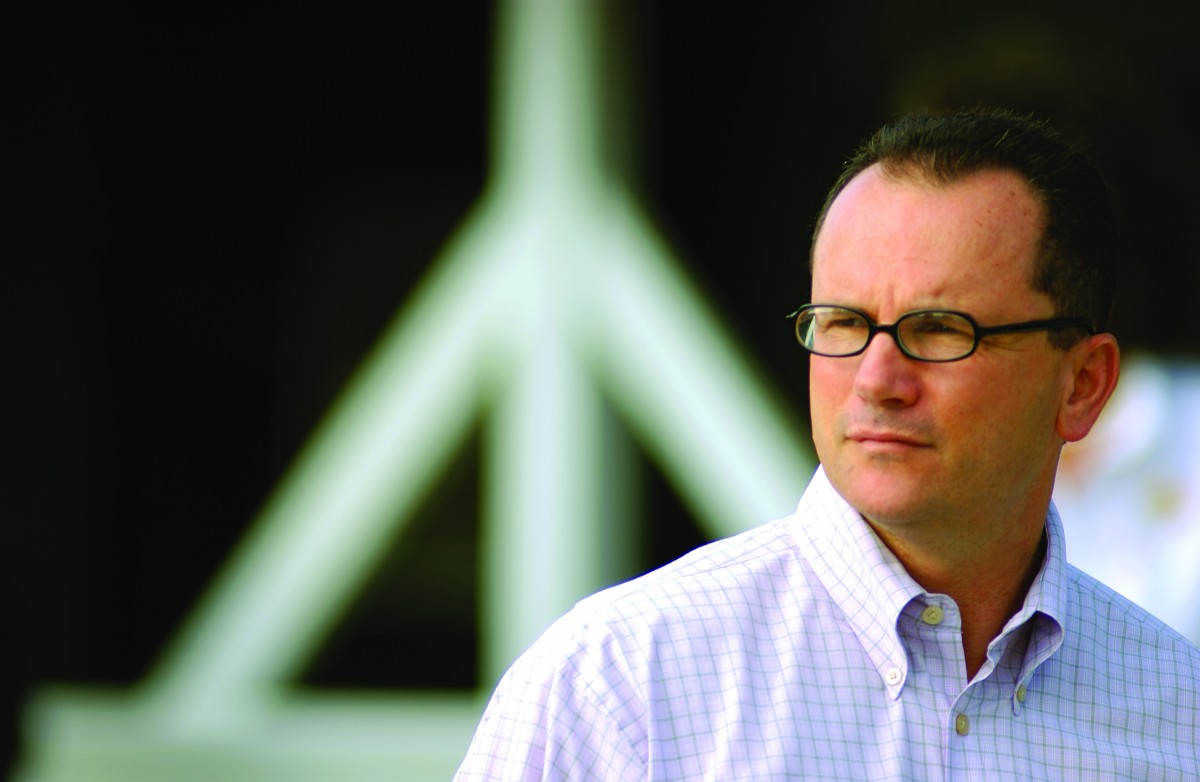