The Canadian Horse Racing Hall of Fame is pleased to announce Hector Clouthier Sr. and Frank McMahon as the 2018 CHRHF Legend Honourees.  Originally launched as a millennium project in 2000, the Legends section of the   Hall of Fame is dedicated to honouring the people and horses who significantly contributed to  Canada’s horse racing story over fifty years in the past. The ceremony takes place on May 16. 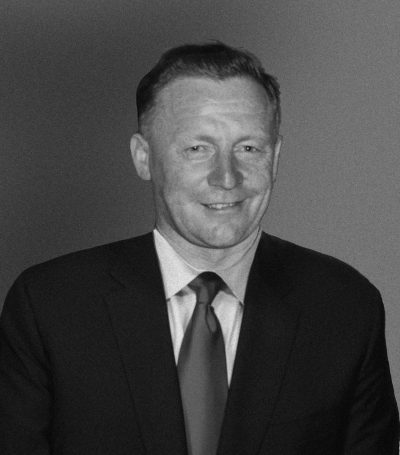 Born in Petawawa, Ontario February 1, 1916, Hector Clouthier Sr., began working full-time for his father’s logging company in the Ottawa Valley at age 12 and by 14 was running his own operation.  Known as the “Lumber King of the Ottawa Valley,” his involvement in the family lumber business continued until his death 75 years later, in 2003.

He entered the Standardbred racing industry in 1952. Some of his most noted race horses included Barney Diplomat, purchased in 1953 for the then staggering amount of $10,000, and trained by Hall of Famer Keith Waples, as well as JJ’s Metro who won purses totalling $350,000.

Clouthier established Northwood Stables and the nearby Northwood Hotel in the Pembroke, Ontario area. He began a breeding operation   soon after with the first Northwood-bred foal registered in 1959.  The farm expanded to include 40 broodmares and stood three stallions — Mr. Dean, Mighty Billie and Macduff.  The Northwood name frequently appeared in races programs in Ontario, Quebec, New York and New Jersey, often with Keith Waples as driver of choice for stake races.

Hector eventually became involved in racing industry associations, sitting on the Board of Directors for the Canadian Trotting Association, the Canadian Standardbred Horse Society, and the Ontario Harness Horse Association. It was said that he was one of the founding fathers of organized horsemen in Ontario, helping to negotiate contracts that enabled horsemen to make a career in the racing business.  His support and promotion of the industry assisted in the development of Standardbred breeding and racing.  Clouthier was recruited by the Quebec based United Harness Horsemen’s Association, became the organization’s President, and was soon thrust into contract negotiations with the powerful Jean Louis Levesque, owner of Montreal’s Blue Bonnets Raceway, to resolve a horsemen’s strike over purses.

We remember Hector Clouthier Sr. as a pioneer and a winner on the track and in life. 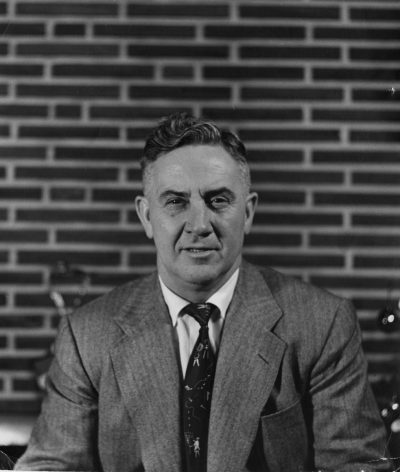 Time Magazine called Frank McMahon the “man who did the most to open up Northwest Canada’s wilderness, and convince oilmen of its treasures.” He was also a major contributor to Thoroughbred horse racing in Canada and his was the first major stable in Western Canada.

Born in the village of Moyie in the East Kootenays of British Columbia, he was the son of a hard-rock miner.  A founding member of the Jockey Club of Canada, McMahon had early racing success as a partner in Alberta Ranches when their Royal Serenade won the 1953 running of the Hollywood Gold Cup. Other stakes victories, under McMahon’s stable colours, followed across Western Canada, including the 1966 British Columbia Derby at Exhibition Park in Vancouver, and the 1970 Canadian Derby at Edmonton’s Northlands Park. McMahon, in partnership with Calgary newspaper publisher and CHRHF member Max Bell, won Canada’s most important race for home-breds, The Queen’s Plate, with Merger in 1968. Bell and McMahon had teamed up earlier, along with singer Bing Crosby who he met while attending Washington State’s Gonzaga University, in ownership of Meadow Court, winner of the Irish Derby and King George VI and Queen Elizabeth Stakes. In 1969, with Hall of Famer John Longden training, McMahon’s gorgeous chestnut colt, Majestic Prince, won the Kentucky Derby and Preakness Stakes.  An injury compromised the colt’s chance at a Triple Crown.  Majestic Prince was later inducted into the US National Museum of Racing and Hall of Fame in 1988.

In 1970, a son of Majestic Prince, later named Crowned Prince, was purchased at auction in Kentucky for one-half million dollars.  The successful bidder was McMahon, who also co-bred the colt with Leslie Combs II.  Crowned Prince was sent to England to race and was the Champion Two-Year-Old Colt in England in 1971 after winning the Dewhurst and Champagne Stakes.

The Canadian Horse Racing Hall of Fame will celebrate these deserving legends at the CHRHF President’s Reception scheduled to take place Wednesday, May 16th at 4:30 pm in the Hall of Fame located inside Gate 10 at Woodbine Racetrack.  The horse racing community is invited to attend and are asked to confirm attendance by contacting admin@horseracinghalloffame.com.