It is with profound sadness the Canadian Horse Racing Hall of Fame acknowledges the passing of one of the greatest Standardbreds to ever race. Somebeachsomewhere was inducted to the CHRHF in 2009, a short time after retiring from an extremely successful race career. His impact as a sire will be forever part of the standardbred breed. In November of 2017, it was announced that ‘Beach’ had a small cancerous mass – a large cell lymphoma – removed and had begun a six-week round of chemotherapy. Limited details of his passing are currently available, and will be updated as more infomation is confirmed. 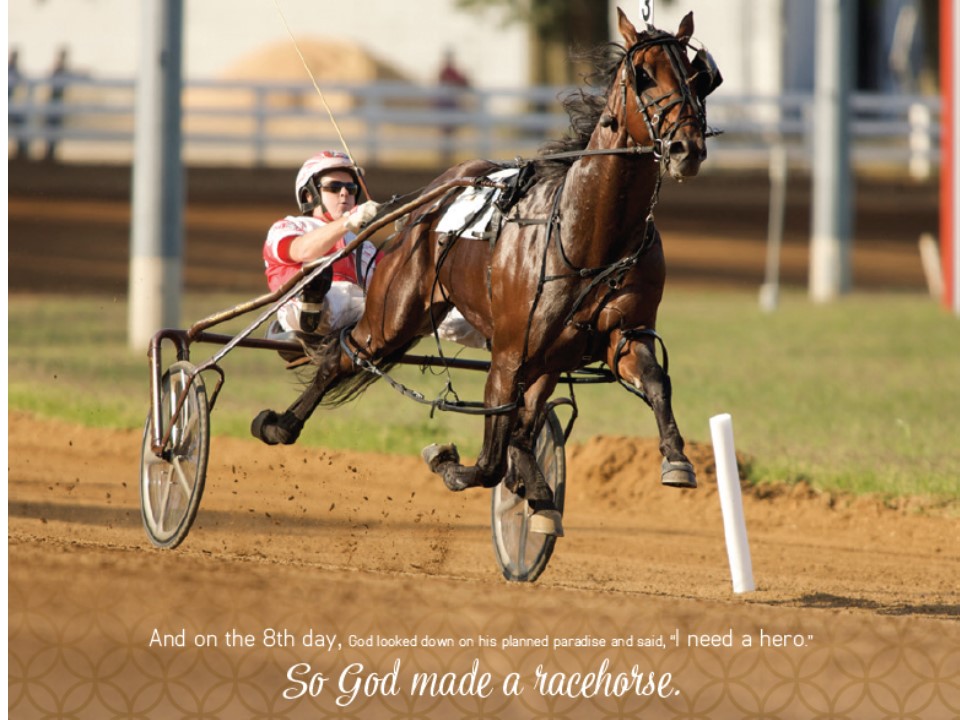 The great stallion was featured in the “So God Made a Racehorse” calendar produced by the CHRHF for 2016. The verse accompanying his photo in that calendar is the most fitting way to pay tribute to this unforgettable equine star. “And on the 8th day, God looked down upon his planned paradise and said “I need a hero”, So God made a racehorse.”

The CHRHF extends our most sincere and hearfelt condolences to his owners, and connections throughout his race and breeding careers, as well as all who admired him. Additional biographical information about Somebeachsomewhere can be found here.