Quiet Resolve was one of those horses that as he aged he became the gritty competitor that trainer Mark Frostad and owner and breeder Ernie Samuel had held in such high regard. Although he was a rather plain looking, narrowly built bay gelding with an awkward way of galloping, the millionaire son of Affirmed and No Louder simply oozed grit and heart during a career in which he upset many of the world’s best grass horses from 1999 to 2002.

His trophy case when he retired with earnings of $2.3 million included the 2000 Sovereign Award as Canada’s Horse of the Year and Champion Turf horse as well as graded stakes victories in the Atto Mile, Connaught Cup, King Edward Breeders’ Cup Handicap and the Hong Kong Jockey Club at Woodbine and Dixie Stakes at Pimlico, Md. He won 10 races and was on the board in 20 of his 31 starts during a five-year career.

Quiet Resolve represented Canada in the Breeders’ Cup three times. His effort in the 2000 $2 million Breeders’ Cup Turf against a field at Churchill Downs, Ky., that many observers considered the greatest field of turf specialists ever assembled, one that included Arc champion Montjeu, Ciro, John’s Call and Down The Aisle, was his finest moment. Quiet Resolve was a 42-to-1 long shot and had the lead in the stretch only to be caught at the wire by Irish champion Kalansi, losing by a neck.

His first stakes race, the $1 million Atto Mile at Woodbine in 1999, was a fortuitous occurrence for Sam-Son Farm, Frostad and jockey Robert Landry. Quiet Resolve had the lead in the stretch but couldn’t withstand the late charge of Irish invader Hawksley Hill, losing by a head. However, the stewards, after a lengthy review, disqualified the Irish horse, ruling that jockey Pat Day struck fourth-place finisher Jim and Tonic with his whip, elevating Quiet Resolve into the winner’s circle. The dramatic win, rewarded his supporters with a $91.00 payoff for a $2 wager.

Quiet Resolve was unraced in 1997 at age two because of unsoundness. His three-year-old campaign certainly didn’t prophesize what the future held. He broke his maiden on the grass at Fair Grounds in New Orleans and had a pair of 2nd-place finishes on the turf at Woodbine before suffering a cracked front pastern bone in a workout that sidelined him for over a year. His return the next summer at Woodbine saw him win two turf allowance races, prompting Frostad to take a shot with him in the 1999 Atto Mile and stakes company for the first time.  Afterwards Quiet Resolve crafted a career in stakes races, competing at the highest level in 22 of his next 24 starts. His career finale at age seven in 2002 was at Keeneland, Ky., winning an allowance as the odds on favorite. 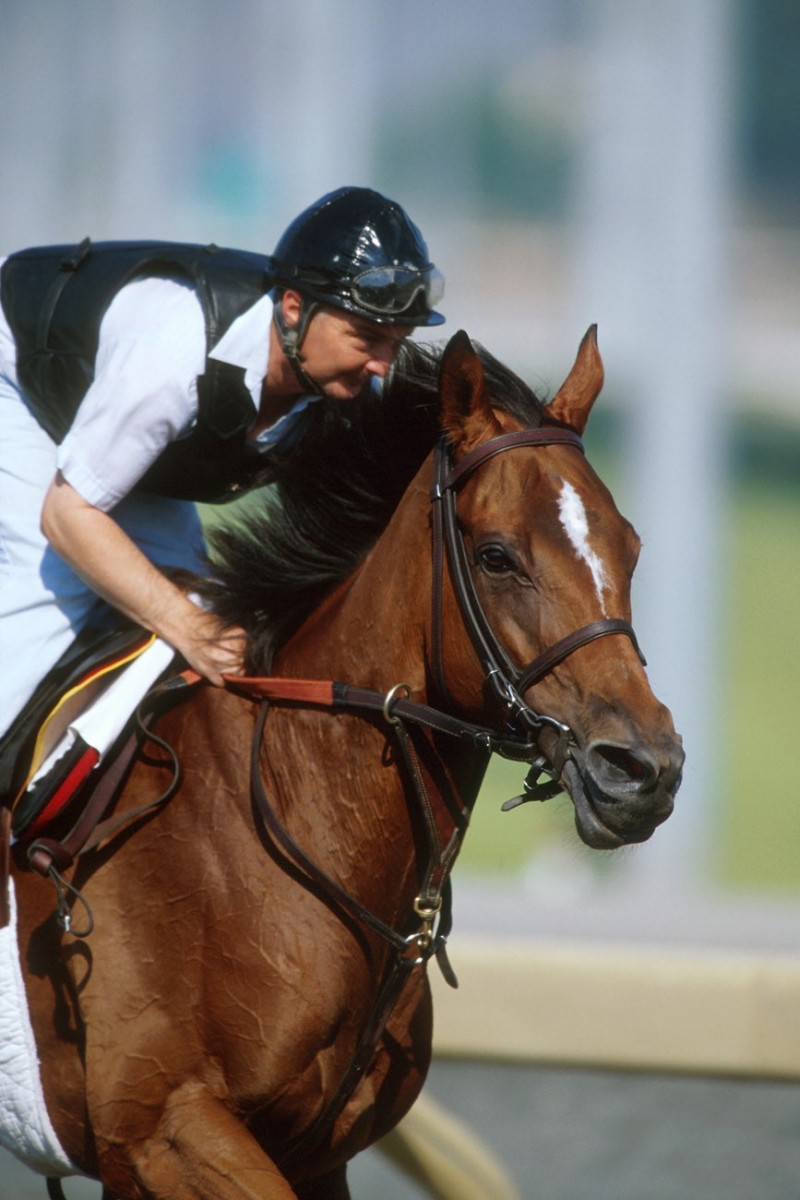