Trainer Blair Burgess of Milton, ON said he often enjoys reading the plaques at the Canadian Horse Racing Hall of Fame at Woodbine Racetrack in Toronto. He said the fact his name and bio will soon be joining some of the biggest legends in horse racing history is overwhelming and humbling.

Burgess, a self-professed city kid from Toronto, said racing horses is all he’s ever done.

“I was raised in it, being a ‘track rat’ because my father was crazy enough to claim horses. I used to go to the runners just as much, watching Avelino Gomez as much as Ronnie Feagan, but then it changed over when he owned cheap claimers on the standardbred side and then we hardly went to Woodbine (to watch the thoroughbreds) anymore.”

At the time of his induction, Burgess, who is still active, had accumulated 1,040 wins and earnings of more than $27.6 million as a trainer by the age of 55, including a rarity few North American trainers can match — victories in the sport’s biggest events for both pacers and trotters and Horse of the Year honours on both sides of the border with horses of either gait.

Burgess has twice won trotting’s Hambletonian (Amigo Hall in 2003 and Glidemaster in 2006) and twice won the Meadowlands Pace (Frugal Gourmet in 1987, Real Desire in 2002). He also sports wins in the Little Brown Jug (Tell All in 2007), the North America Cup (Tell All in 2007), the Kentucky Futurity, the Trotting Triple Crown (Glidemaster in 2006) and a Breeders Crown (Real Desire, 2001).

Burgess said he owes at least half of his Hall of Fame honor to his wife, Karin Olsson-Burgess.

“If an award can ever be shared it is definitely half Karin’s,” he said. “I know everybody says that and it has become cliché, but with me it’s true. She made just as many of the training and management decisions on the good horses, and cleaned a heck of a lot more stalls. Honorable mention to my two lifetime second trainers Bill Rapson and James Carmichael.

“Plus, this wouldn’t have happened at all without my father at first and my connection to Brittany Farms — George Segal, Myron Bell and Art Zubrod. Art (and his wife) Leah personally bred Real Desire, not Brittany. But he was raised on George’s Bluegrass. In fact, my best horses all came out of same field at Brittany — Real Desire, Glidemaster and even Western Ideal was there.”

Burgess joins his father — lawyer, breeder and owner Robert Burgess — in the Hall of Fame. Robert was inducted as a builder in 2011. 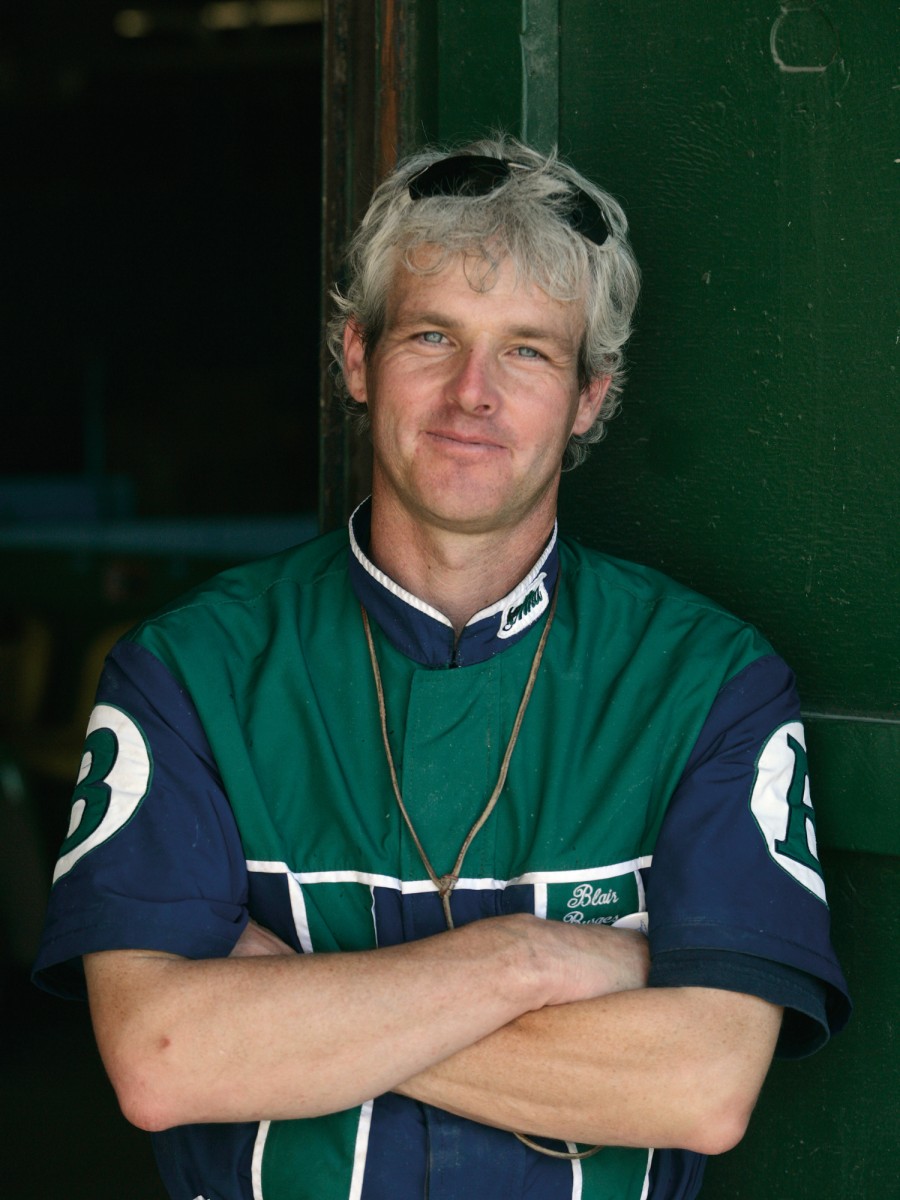