The Canadian Horse Racing Hall of Fame is pleased to announce the 2017 Inductees.  In this the 250th Anniversary Year of Horse Racing in Canada, a total of 10 horses and people have been elected from a very strong list of candidates.

Representing Thoroughbreds in the Class of 2017 are Builder Eugene Melnyk, Trainer Harold Barroby, and Communicator Curtis Stock as well as horses Quiet Resolve, and South Ocean. 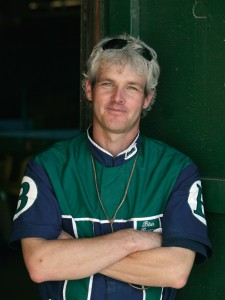 Blair Burgess of Campbellville, Ont., has accumulated 1040 wins and earnings of over $27.6 million as a trainer, including two victories in the  Hambletonian (Amigo Hall in 2003 and Glidemaster in 2006),  two in the Meadowlands Pace (Frugal Gourmet in 1987, Real Desire in 2002), plus wins in the Little Brown Jug (Tell All in 2007), the North America Cup (Tell All in 2007), the Kentucky Futurity, the Trotting Triple Crown (Glidemaster in 2006), and a Breeders Crown Championship (Real Desire, 2001).  Blair, son of Robert Burgess who was inducted to the CHRHF in 2011 as a Builder, received an O’Brien Award as Canada’s Trainer of the Year in 2007, while he also trained winners of seven O’Brien Awards, and nine Dan Patch Awards.  Two of his trainees have been named the U.S. Pacer of the Year (Real Desire in 2002 and Tell All in 2007), while Glidemaster was named U.S. Trotter of the Year in 2006.  Burgess- trained horses who earned in excess of $1 million include Real Desire, Glidemaster, Tell All, Western Ideal, Amity Chef, Quality Western and Amigo Hall. 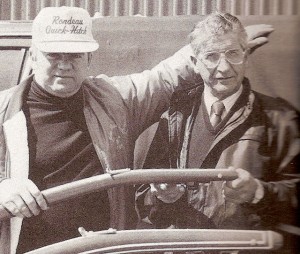 The late Dr. Gordon Gilbertson, DVM, originally from Hagersville, Ont.,  revolutionized an aspect of the Standardbred racing industry when he invented the Quick Hitch, a new style of harness.   He used his extensive experience treating horses as a Veterinarian, and his hands-on experience in training and driving harness horses to fuel his idea to eliminate the use of a “thimble” placed over the shaft ends and wrapping straps around the straight portion of the shaft to secure the horse in the sulky.  In 1980 Dr.Gilbertson secured Canadian and U.S. patents on his new “Quick Hitch” eventually named the “Rondeau Quick Hitch”, in homage to where he lived in Kent County.  After much hard work, and several slight modifications, top horsemen in Canada and the U.S.  became converts to the new invention to the point where it became the standard used at racetracks and training centres around the world and is still used today. 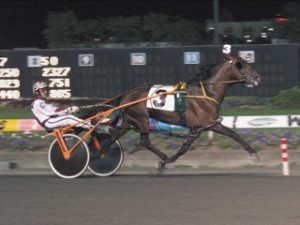 Bred by Karl Magid of Cambridge, Ont., and owned throughout much of his race career by the late Joe Muscara Sr. of Pennsylvania, Mach Three was trained by Bill, Brett, and Shawn Robinson, along with Monte Gelrod.   In 2001, at age two, Mach Three posted a record of 7-2-0 in nine starts, winning the $1.1 million Metro Pace at Woodbine Racetrack in 1:51.4. In 2002, Mach Three won the $1 million Meadowlands Pace in a career-best 1:49 and was the first colt to win both of those races.  He had a record of 11-2-2 in 18 starts to give him a career record of 18-4-2 in 27 starts and earnings of $2,376,700.  In a stallion career split between Tara Hills Stud Farm in Ontario and Alabar Farms in New Zealand, he produced 1,300 plus offspring to date, with total progeny earnings of $105.4 million for average earnings per starter of $113,990, including 306 horses with earnings of $100,000 or more.   Mach Three’s influence on the Standardbred breed will forever be cemented as the sire of the legendary Hall of Fame racehorse and supersire Somebeachsomewhere ($3.3 Million, 1:46.4 World Record). To date Mach Three has sired five millionaires including Mach It So, Monkey On My Wheel, Solar Sister, Camaes Fellow and the aforementioned Somebeachsomewhere. 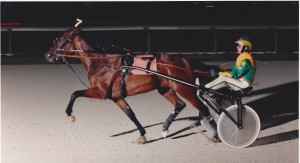 Trotting filly Elegantimage, was bred by Diane Ingham and Harry Rutherford of Mount Pleasant, Ont., .  Trained throughout her career by Brad Maxwell, and driven primarily by CHRHF member Steve Condren, she was a standout from age two when she recorded three Ontario Sire Stakes (OSS) wins in five starts.  In addition to her OSS victories, she also won the Oakville Trot, Robert Stewart Memorial Final, two Trillium Series events and the Canadian Breeders Championship Final. She won the 1996 O’Brien Award as Canada’s Two-Year-Old Trotting Filly of the Year following a season that included 9 wins and 3 seconds in 15 starts for earnings of over $352,000. The Balanced Image daughter continued her dominance at age three, winning eight of ten OSS starts, setting a lifetime mark of 1:55.4, and winning the 1997 Canadian Breeders Championship Final enroute to receiving the O’Brien Award in the three-year-old trotting filly division.  During her race career, she posted a race record of 20-7-3 and lifetime earnings of $955,368 in 41 races for owners Hyatt Holdings, Doug Millard, Jerry Van Boekel and Steve Condren Stable, all of Ontario.   As a broodmare, her progeny have earned $986,223 with average earnings per starter of $140,889.  Her top performer was the Kadabra filly, Elegant Serenity, a winner of over $500,000 with a mark of 1:53.2. 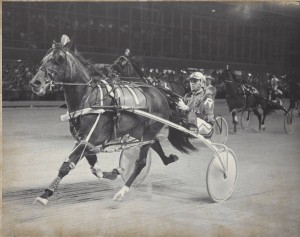 Happy Lady, a daughter of Most Happy Fella, raced in 1977 and 1978 for owners Myra Masterson of St. Catharines, and Linda Lockey of Ridgeville, Ontario. She was bred by J William Masterson of St. Catharines and though her racing career was brief, she won $528,825 in purse earnings and attained a mark of 1:55.3. Trained and driven by the late Jim Rankin, she was almost flawless in her juvenile campaign, winning 15 of 16 races and was named the Two- Year- Old Pacing Filly of the Year by both the Canadian Trotting Association (CTA) and the United States Trotting Association (USTA).    As a sophomore she won 19 of 24 starts and was one of only two fillies to ever win the Monticello OTB Classic.  Her 1:58.4 victory in the Lady Maud at Roosevelt Raceway was a stakes and track record.  Year-end honours included Three- Year- Old Pacing Filly of the Year for the Canadian Trotting Association, United States Trotting Association and Harness Tracks of America, as well as Horse of the Year for the CTA.  Tragically on January 10, 1981 at Castleton Farms in Kentucky she perished in a barn fire, along with 13 other mares, while in foal to Bret Hanover. 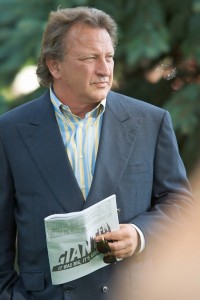 Toronto-born Eugene Melnyk’s, biography includes businessman, sports team owner and racehorse breeder/owner.  He is the receipient of 12 Sovereign Awards including Outstanding Owner in 2007 and both Outstanding Owner and Breeder in 2009.   A resident of Barbados since 1991, at the height of his career in racing and breeding, he owned more than 200 horses, mostly based in N. America. His racehorses were named after Barbados landmarks and carry that country’s national colours of blue and gold.   In 1998, his colt Archer’s Bay won the Queen’s Plate and in 2007 his homebred Sealy Hill became the first filly to win the Canadian Triple Tiara which includes the Woodbine Oaks.  Sealy Hill would also go on be named 2007 Canada’s Horse of the Year and was inducted into the Candian Horse Racing Hall of Fame in 2013.

Melnyk was also involved in many horse industry philantropic endeavours, most notably as founding donor of Anna House, located at Belmont Park, which opened in January 2003.

In February of 2013, he reduced his equine operation substantially and changed the business model from breeding to purchasing yearlings and racing those instead. 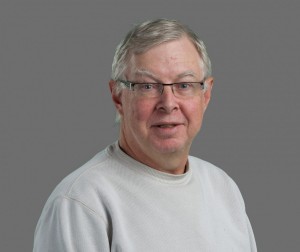 Originally from London, Ont., Curtis Stock’s affection for the horses, jockeys, trainers and horse people in general is reflected in his writing, He began to follow racing in Calgary during his high-school days and gained valuable experience covering racing there while attending university. That soon led to an opportunity in Toronto, working with honoured Canadian Horse Hall of Fame member Bruce Walker in the Ontario Jockey Club Publicity Department.  Stock would later return to Alberta and take over publicity, marketing, and advertising at Northlands Park in Edmonton, later moving to the Edmonton Journal where he covered racing for 32 years and also plied his craft for the Daily Racing Form for 20 years.  His reporting has resonated with the judges in Sovereign Award voting.  His record run of Sovereigns started in 1985 and in 1993, he swept both Feature Story and Newspaper categories  Stock was the recipient of back-to-back Sovereign Awards for Outstanding Feature Story in 1993-94 and took home an unprecedented eighth Sovereign Award for Outstanding Newspaper Story in Canada.  Most recently Stock was the recipient of the 2015 Sovereign Award in the Outstanding Writing Category.  His story, “Love of Horses”, appeared earlier that year in the Edmonton Journal.  It was his 11th Sovereign Award overall; a record total.  He has received this most-coveted award at least once in each of the past five decades, an achievement unmatched. 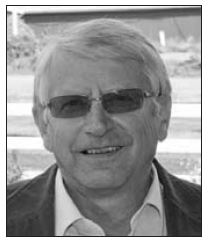 Harold Barroby a native of Ravenscrag, Saskatchewan followed his older brother Frank to Alberta, to become leading trainer in 1969 and 1970 before moving further west to British Columbia in 1974 where  the great Love Your Host won 13 stakes under his tutelage and horses Pampas Host and Delta Colleen were both multiple stakes winners. B.C’s leading trainer a record 10 times and previously inducted into the B.C. Hall Thoroughbred Hall of Fame.  Harold remains the all-time leader in terms of wins and stakes wins, inlcuding graded stake wins with Fortinbras in the 1986 British Columbia Derby (G3) and 1986 B.C. Premier’s Championship Handicap (G3).  While he remains an active trainer, he’s operating with fewer horses these days.  Harold now joins Frank as a member of the Canadian Horse Racing Hall of Fame. 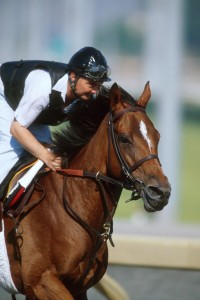 Quiet Resolve, the Sam-Son Farm homebred and Mark Frostad-trained son of Affirmed earned $2.3 million in a 31 start race career between 1998 and 2002 with a record of 10-6-4, which included multiple graded stakes wins. He was recipient of the 2000 Sovereign Award as Canada’s Horse of the Year and Champion Turf Horse, following a season highlighted by victories in the Atto Mile (G1), and the Hong Kong Jockey Club Trophy Stakes (G2).  During that championship year, Quiet Resolve ventured south of the border and won the Dixie Stakes (G2) at Pimlico, was second in the Breeders’ Cup Turf (G1) at Churchill Downs and third in the Shadwell Keeneland Turf Mile Stakes (G2). 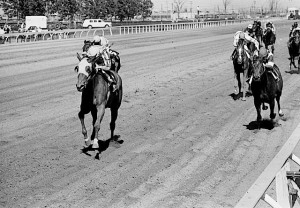 South Ocean‘s win in the 1970 Canadian Oaks and later her prowess as a broodmare in producing the sire of Storm Cat was a precious parlay.  Bred by E.P.Taylor and sold through auction to his son Charles who also raced her, South Ocean’s genetic magic is still in production as this granddaughter of Bull Page wasthe dam of Storm Bird, whose son was the powerful Storm Cat.  Trained by CHRHF member G. “Pete” McCann, South Ocean was a dual stakes winner, both as a 2-year-old and as Oaks Champion and top 3 year-old filly contender. That year she also placed in the five other stakes including the Bison City and Wonder Where.  However, it was as a producer that she excelled. She was by New Providence out of a Chop Chop mare and her pedigree matched up perfectly with the Northern Dancer line. Hence, she was bred to that prolific sire eight times producing the great Northernette, herself an Oaks winner, Canadian Champion filly and 1987 CHRHF member.    South Ocean’s impact on Canadian breeding over nearly five decades is immeasurable.

The Canadian Horse Racing Hall of Fame 2017 Induction Ceremony will be hosted at the Mississauga Convention Centre on Wednesday, August 9, 2017.

Additional information about the Canadian Horse Racing Hall of Fame may be found at www.canadianhorseracinghalloffame.com