On June 12, 1956, race announcer Daryl Wells focused his binoculars on the starting gate to call his first ever thoroughbred race at the New Woodbine in Rexdale, a northern suburb of Toronto. “They’re off,” said Wells in his distinct, cultured voice. It would be his trademark call for the next thirty years, as familiar to racing fans as the majestic surroundings in which Wells played such an instrumental role in the day to day races. He also announced races at Old Woodbine (later Greenwood) and Fort Erie, and one winter called races at Turf Paradise in Arizona. During the mid 1960s Wells’ helped pioneer racing on CHCH-TV from Fort Erie, calling four races each afternoon.

On Wells’ death at age 81 in 2003, Louis Cauz, managing director of the Canadian Horse Racing Hall of Fame, observed, “He was a giant in his profession. His calls, whether they were for a claiming race or the Queen’s Plate, were both dramatic and detailed. Every horse got at least one call. You always knew where your horse was during a race.”

Wells is perhaps best remembered for his calls of Northern Dancer’s last to first place rally in the 1964 Queen’s Plate and Secretariat’s farewell to racing on a dark, wet, chilly afternoon on Woodbine’s turf course in 1973.

“There’s 3/16th of a mile to go and coming into the stretch its Northern Dancer pulling away. He goes in front by eight lengths with 70 yards to go … it’s Northern Dancer, Canada’s  great little horse coming down to the wire to win…” A few years later more than 35,000 fans jammed Woodbine and Wells rose to the occasion … “The crowd is standing, and they’re cheering because this is his last race. He is in the stretch in a blaze of glory…Secretariat, ladies and gentlemen, he’s is all yours…”

Born in Victoria, B.C., Wells entered the radio business as a disc jockey at age 15. He then went to Toronto and won a radio audition at Ryerson and earned a job with CHML in Hamilton.  When CHCH-TV first aired Wells moved there as sports director. He did pre-race color on Buck Dryden’s horse racing broadcasts, and when the legendary race caller died in 1955, Wells applied for the job at the new Woodbine oval. 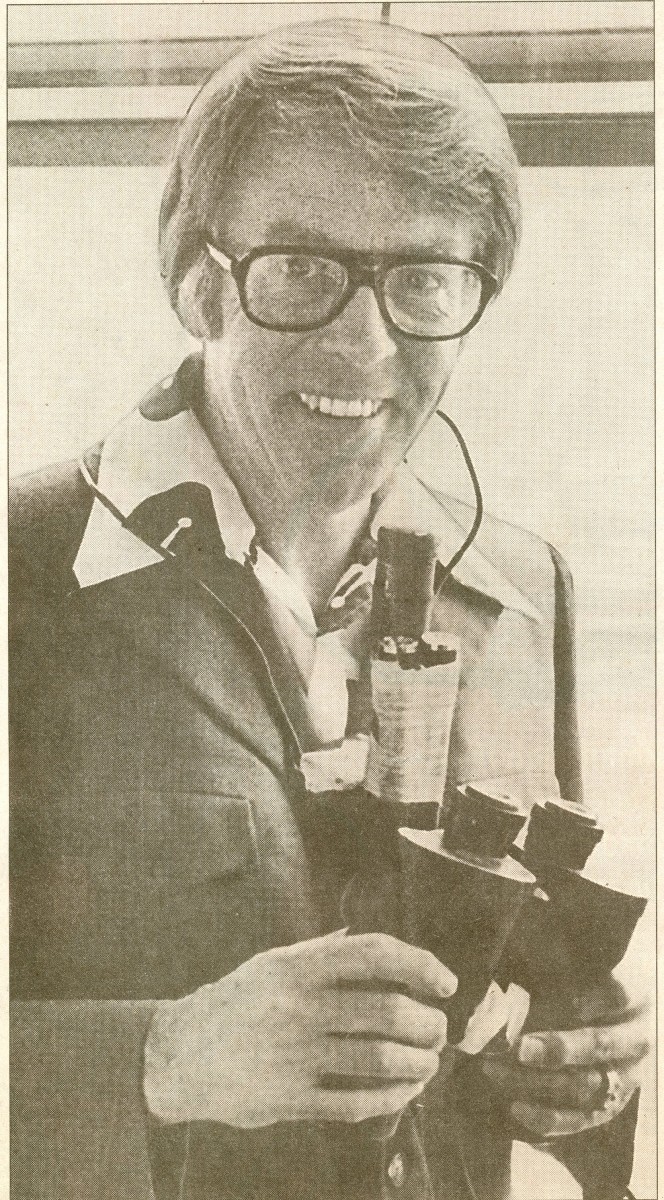