During an exceptional career as one of North America’s leading trainers, a man who handled the stables of the most influential owners in the business, Roger Laurin achieved numerous accolades from his stakes-winning resume. He saddled the first winner of the Breeders’ Cup in 1984, Chief’s Crown, and conditioned Eclipse Award winning filly Numbered Account for Ogden Phipps in 1971. The most rewarding decision he ever made didn’t involve a horse but one that was made in the boardroom while working for Penny Chenery Tweedy’s Meadow Stable in Virginia.

In 1971 the Montreal-born trainer was offered the job as head trainer for Phipps, a major owner and part of America’s most prominent racing families. At the time Laurin had a fine looking 2-year-old named Riva Ridge, who he trained just before he broke his maiden. Roger accepted the offer from Phipps and suggested to Penny Chenery that his father, Lucien, who had just come out of retirement, might help Meadow Stable on a temporary basis. At the time the Chenery stable was having financial difficulties but things soon changed with Lucien, Kentucky Derby winner Riva Ridge and Triple Crown winner and Horse of the Century Secretariat. They dominated horse racing. Lucien’s job was anything but temporary.

Born in 1935, Roger was involved in horse racing as a youngster. He galloped horses for his father before going to school while living in Florida or where Lucien was racing at the time. At age he 16 earned a trainer’s license at Narragansett, R.I. Roger came into prominence in 1964 when he took charge of the conditioning of Miss Cavendish, a $1,500 purchase by Harry Nichols. S he had a severe “toeing in’ problem but with Laurin she won the Alabama, Delaware Oaks, Monmouth Oaks and Coaching Club of America Oaks and was runner-up for champion 3-year-old honors to future Hall of Fame filly Tosmah. By 1966 Laurin was training for Harry Guggenheim’s Cain Hoy Stable. While training for Phipps, Laurin saddled horses for James Moseley, a member of The Jockey Club and co-owner of Suffolk Downs in Boston.

Laurin ventured to Woodbine in 1970 and won the Canadian International Championship with Moseley’s remarkable filly Drumtop, who broke three track records in 1971. That year was a huge one for Laurin as he had eight stakes winners, including Phipps’ Numbered Account, champion two-year-old filly. In the late 1970s he trained for Reginald N. Webster and the U.S. racing division for E.P. Taylor’s Windfields Farm. Chief’s Crown was champion 2-year-old after his Breeders’ Cup victory in 1984 and was in the money in all three Triple Crown races in 1985. He won the Travers, Flamingo, Blue Grass and Marlboro Cup Invitational that year. Laurin, however, left the main stage at age 50, retiring along with Chief’s Crown. He was quoted as saying after Chief’s Crown’s disappointing fourth place finish in the Breeders’ Cup Classic, “He’s the horse of a lifetime. It took 30 years to find him, and I can’t wait another 30.”

Although he maintained his trainers’ license, Laurin devoted much of his time during the next 20 years to breeding of thoroughbreds and kept several broodmares in Ontario. Laurin, did pay a visit to Woodbine in 1992, winning the Victoriana Stakes with Country Stage. Perhaps bored with his tranquil life style, Laurin made a modest comeback in 2006 when he won a race at Saratoga, N.Y., with Icy City, a filly he bred and owned. While maintaining a modest sized stable, he campaigned at Tampa Bay Downs, Calder, Gulfstream, Fort Erie and Woodbine during the past 10 years and is back in Toronto in 2015. 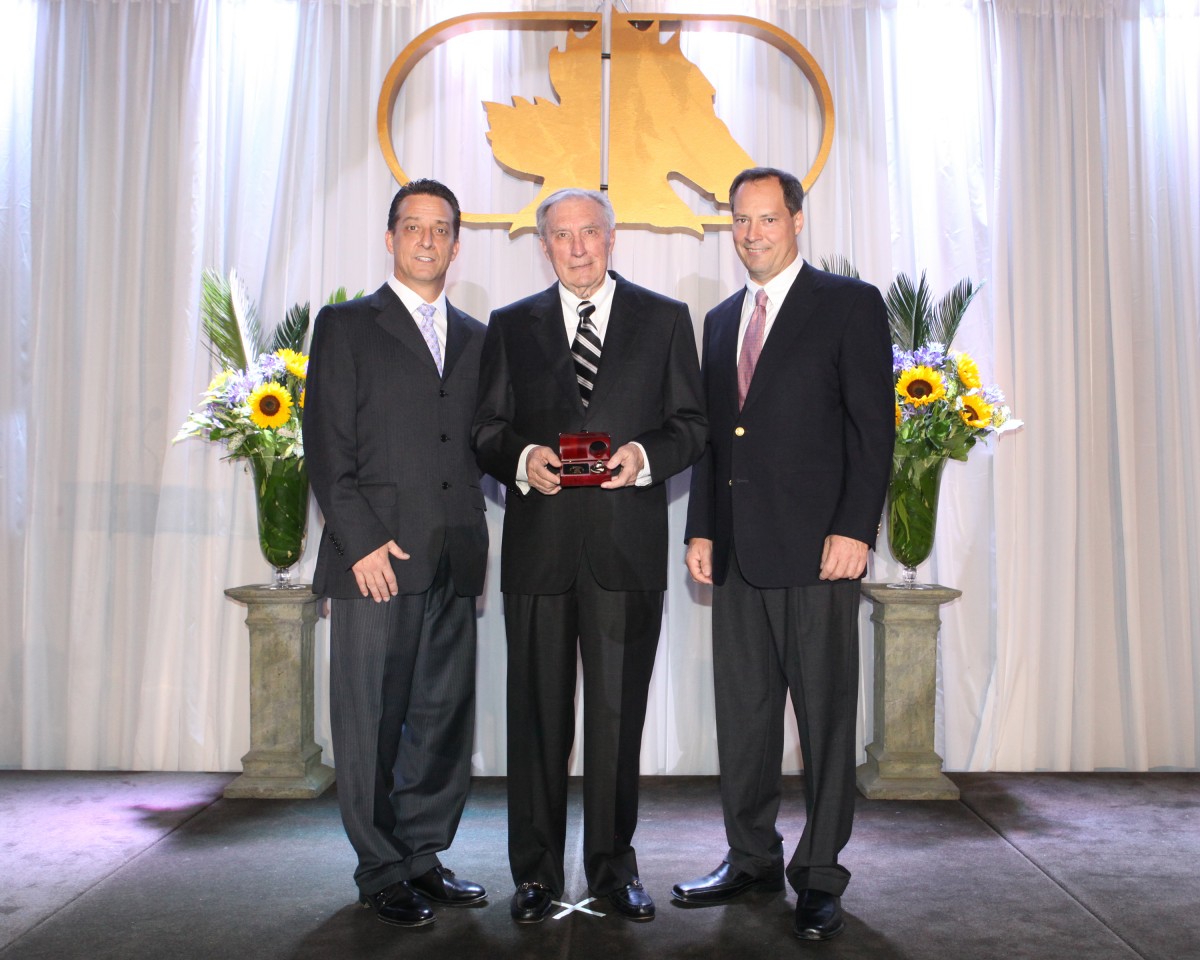