Years ago, in the late 1960s and early ‘70s, an imposing structure was erected under the direction of Robert Anderson on the outskirts of St. Thomas in Southwestern Ontario, smack dab in the middle of Standardbred country. To pique the interest of local horsemen, this horse farm was not dedicated to the local harness racing community. No, it was for the breeding and the raising of thoroughbreds. Bob in those days loved to call Anderson Farms “Windfields West”. It was his way of explaining that his farm would be closely identified with that of the legendary horseman, E.P. Taylor and his classic breeding establishment in Oshawa, home of so many champions, including Northern Dancer. It was a tribute to Windfields and would chuckle as he took visitors through the stables and grounds, pointing out the similarity between the two farms, right down to the beef cattle he raised in his lush paddocks.

Anderson Farms was as close to a replica to Windfields Farms as possible, equipped with the latest gadgetry, cameras focused on the foaling stalls, shiny polished floors, offices for breeding and foaling staff. Little did Anderson realize at the time, as he challenged the leading thoroughbred breeders in the province that he would later become an influential owner and breeder of world champion Standardbreds. But if you knew Bob, any challenge in those early years of making a name for Anderson Farms in the competitive thoroughbred game that he would eventually succeed. And, did he ever. His farm, it was estimated, was the birthplace of some 1,400 horses. In the 1970s and ‘80s, in the heyday of thoroughbred breeding and selling, Anderson surged to the top of the breeders charts. He sold yearlings for millions and bred numerous graded stakes winners. In 1985 Anderson Farms was the leading consignor at Saratoga and Keeneland yearling sales.

Not surprising, for more than 41 years, before his death at age 64 in Florida of a massive heart attack in November, 2010, Anderson did exactly what he wanted to do for a living. It was something he predicted when he was very young. “I went to Wellington Street School and I remember one day in Grade 5 a teacher asked everybody what they wanted to do, and I said I wanted to raise horses and sell them. His dad convinced him not to follow him into the furniture and clothing business in St. Thomas and urged him to follow his dream of getting into the horse business. “Well, we’ve had good years and bad years. I’ve bred and sold on my own over $100 million worth of horses.” He personally created the match-ups of stallions and mares that produced so many top class Canadian-bred thoroughbreds, most notably Alydeed and champions like Pinafore Park, Larkwhistle, Prince Avatar, Bounding Away, Triple Wow, Northern Craze, Fifty Proof, A La Reine and Raymi Coya. Another key to his success as a breeder was the stallions he bred, Alydeed, National Assembly and Ascot Knight, who sold for $1.4 million in 1985.
Ascot Knight, who stood at Windfields Farm, sired champions Pennyhill Park, Hey Hazel, Influent, Plenty of Sugar and Southdale, who was owned by longtime friend and business partner Rod Ferguson.

In 2000 Anderson Farms became involved in Standardbred racing and immediately found success with such champions as Pampered Princess, who earned $1.7 million, Southwind Allaire, Cabrini Hanover, who earned close to $1.5 million, and The Pres.

When the breeding market essentially crashed in the early 1990s, Anderson had too many horses and staff and wound up selling a majority interest in his farm to partner and friend David Willmot, owner of Kinghaven Farms and then president of the Ontario Jockey Club.

Anderson was a compleant horseman, delving into every facet of the game. He was a director of the Ontario Jockey Club (now Woodbine Entertainment Group) for 25 years, president of the Canadian Thoroughbred Horse Society, director of the Hambletonian Society, board member of the Thoroughbred Owners and Breeders Association, a member of The Jockey Club of Canada and the Ontario Racing Commission. He was also the first chairman of the Guelph Equine Centre for Equine Research and a member of the E.P. Taylor Equine Research Fund. 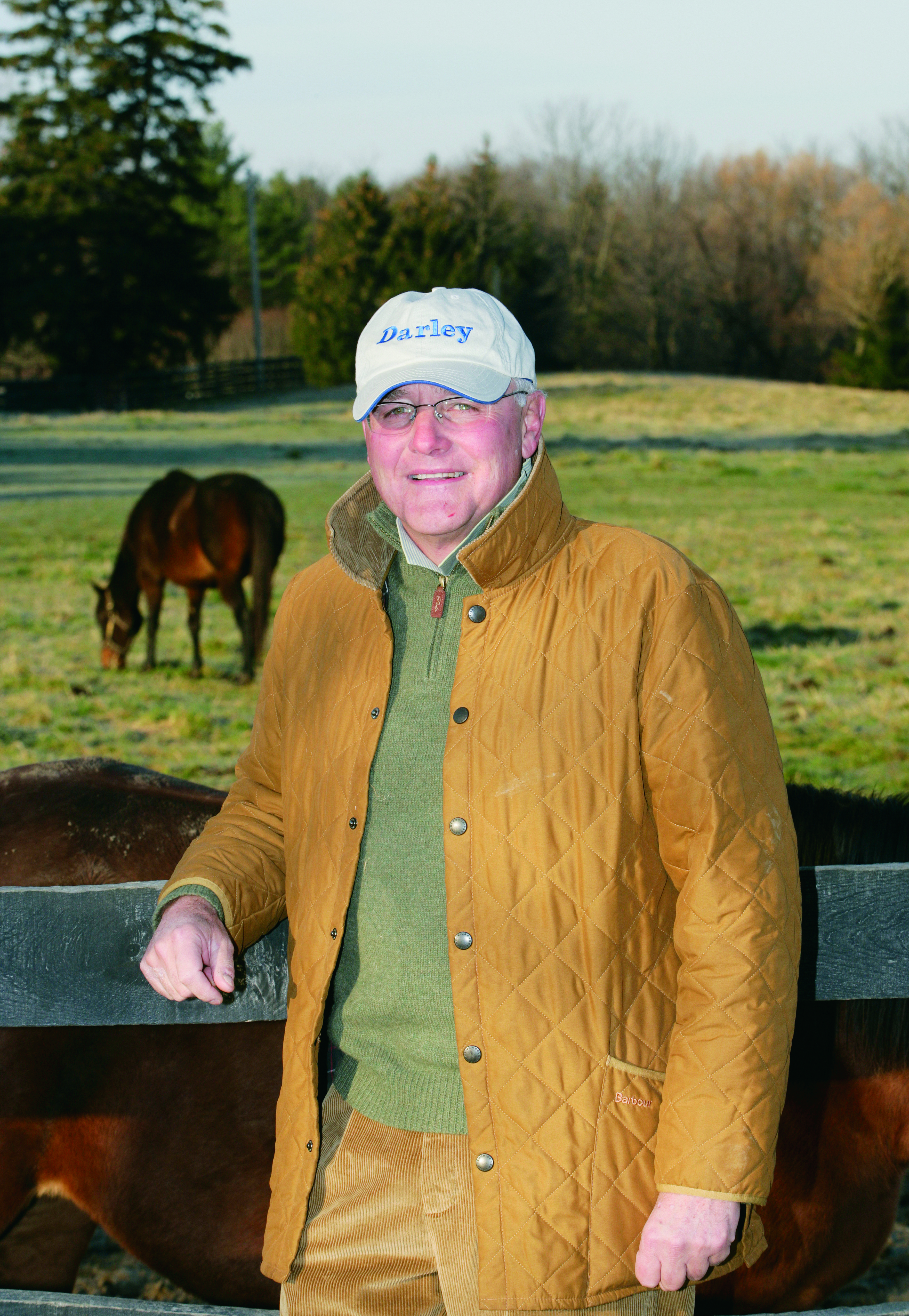