During an charismatic career, which has accorded him induction into two Halls of Fame, a Gemini Award in 2010 as Canada’s best sports analyst, numerous accolades for his work as an educator and humanitarian, one of North America’s leading handicappers and TV commentators, and his dedicated involvement in Woodbine’s chaplaincy program, Jim Bannon, acknowledges that “an act of providence” was the main factor in his achievements. A deeply religious and emotional human, Bannon admits it was “an unmistakable evidence of God’s providence, which is everywhere in my life.”

He arrived on a spring morning at Woodbine in 1965 looking for a job at one of the stables. Jimmy Irwin, who was in charge of the hiring of backstretch personnel, took Bannon to trainer Art Warner’s barn. He was out with one of his horses, so Irwin took Bannon over to the stable of Lou Cavalaris Jr., a future Hall of Fame trainer. “My relationship with Lou quickly grew beyond that of a boss and employee. It was almost as if Lou started guiding me. He answered a million questions about the game. He was a terrific role model. Whenever I messed up, he’d take me aside and deliver the message frankly . This was particularly true of my early work on TV. Our relationship enriched my entire life.”

It was a great learning experience for Bannon, rubbing and grooming horses. Among the many stakes winners he groomed was Dancer’s Image, Canada’s champion 2-year-old of 1967.  What Bannon learned as a groom would enable him to assess a horse’s condition during early morning workouts. (He can be found at trackside by 6 a.m. with his set of binoculars and note pad.) The horsemanship allowed him to explain the horses’ condition to the betting public in more intimate terms and it allowed him to explain some of the reasons why horses didn’t always run “to form.” He added, “There were many physical factors which could either prevent a horse from repeating or contribute to him improving.”

Lauded by racing fans for the insight he provided in the Woodbine Journal, which he has authored since 1972, Bannon took a course at Humber College for young racing officials in 1971. He was trained in the capacities of a steward, placing judge and racing secretary, a course he later taught at Humber. Shortly afterwards the Ontario Jockey Club began a publication to educate the horse player. Eric Astrom, the man behind the journal’s existence, guided Bannon. He soon began writing seminars for Gambling Quarterly and later hooked up with Tom Ainslie, conducting seminars in Washington, Chicago, Miami and Los Angeles. “He (Ainslie) was my mentor.”

Bannon also taught at Toronto’s Community Colleges through the Skills Exchange. His career advanced dramatically during the pioneering stage of Racetrack TV with publicist Bruce Walker in the mid 1970s. In 1981 he was also involved in the first Simulcast broadcast between Woodbine and Fort Erie and soon became the face of thoroughbred racing in Canada and in homes and tracks throughout North America.

In teaching handicapping he stressed the difference between handicapping and betting.”They are widely different pursuits and required vastly different skills. Many were more competent at handicapping than betting. Understanding the psychology of losing was always a big part of my seminar presentations.” Bannon was born in 1948. He was one of the first altar boys at St. Gregory’s Roman Catholic Church in Etobicoke. He earned a BA from the University of Toronto (St. Michael’s College), is a director of the Canadian Horse Racing Hall of Fame and was voted into the Etobicoke Sports Hall of Fame for his contributions to the community.

Bannon has given a lot to the industry. Since the late 1980s he has led the track’s chaplaincy program, initially with Father Paul Healey and later with Woodbine Chaplain Shawn Kennedy, who said, “I think it’s because he’s walked in their shoes. He knows what it is like to work on the backstretch.”

Bannon was instrumental in having the Jake Howard Centre opened in the backstretch. “It’s a large community over there and it is important that those people have a place to go, especially in the wintertime,” said Bannon.” 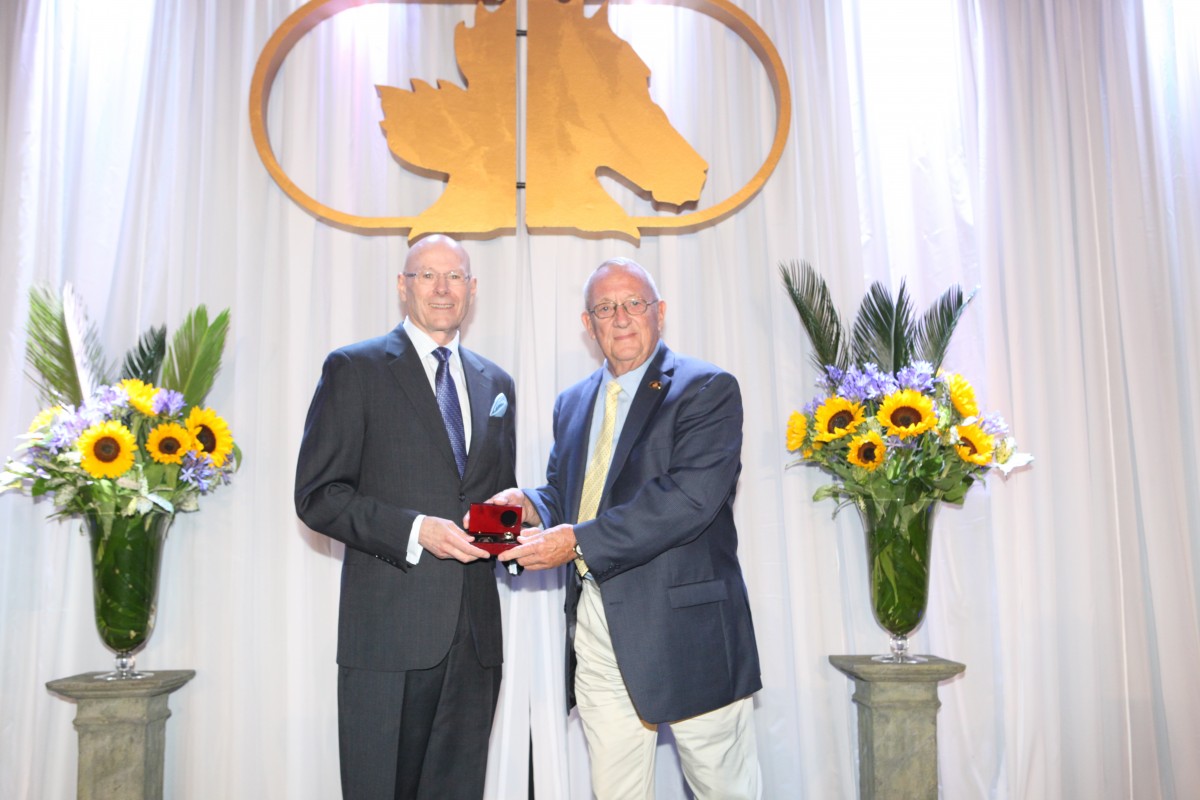