The stage was set on May 1st, 2004, for journeyman jockey Stewart Elliott, a Toronto “boy” to accomplish a feat riders dream of but rarely achieve. The Run for the Roses, Kentucky Derby day at historic Churchill Downs in Louisville and a crowd of more than 120,000 are there to see if the undefeated chestnut colt Smarty Jones can conquer the sloppy going over 17 other contenders. Two minutes and four seconds later Elliott became the first jockey in 25 years to win the Derby in his first appearance.

Trainer John Servis, saddling his first horse ever in the Derby, had supreme confidence in his unheralded jockey over the big names of the sport, going with the local Philadelphia rider who had guided Smarty Jones to a pair of impressive wins as a juvenile in 2003 and to stakes wins in muscling up that year in the Southwest and Rebel Stakes and Arkansas Derby. The last undefeated horse to win the Derby was Seattle Slew in 1977. Elliott and Smarty Jones were back on familiar grounds at Pimlico, Md., and were even more impressive with a record 11 ½ lengths victory in the Preakness. In the Belmont Smarty Jones set most of the pace but Birdstone, a longshot, spoiled his bid for the Triple Crown, nailing the son of Elusive Quality in the final strides. The margin was a length.

It was a career year for the 39-year-old Elliott as his mounts earned more than $14.5 million, included in that total was a $5 million bonus from the people at Oaklawn for winning their Arkansas Derby along with the Rebel and the Kentucky Derby. And as he continues to ride into the 2015 season, the 50-year-old Elliott is approaching 4,800 wins, many of which came at Keystone Park, later named Philadelphia Park and now named Parx Racing. He is the winningest rider in Pennsylvania history. He won his first race at Keystone and was leading apprentice rider in 1981 at age 16. He had also campaigned at Delaware, Suffolk, Rockingham, Monmouth and other Maryland tracks and rode at Woodbine, winning 22 races in the late 1980s, before he was paired with a horse that would win honors as the leading three-year-old of 2004. Never a big name in racing, Stewart did win 381 races in 1989 at minor meetings.

Elliott’s success can easily be traced to his parentage. His dad, Dennis Elliott, was a regular rider at Woodbine in the 1960s and ‘70s before taking his family to Hong Kong to ride when Stewart was seven years of age. His mother, Myhill, was a riding instructor both here and again when the Elliotts moved to New Jersey in the late 1970s. After six years of riding in Hong Kong his father quit and turned to training. Stewart’s life as a jockey hasn’t been easy. Attaining a decent riding weight, which forced him to quit for a couple of years and gallop horses in the mornings, was always a battle. In recent years he has moved his tack to Keeneland and other Kentucky tracks and had numerous wins for local Woodbine trainer Mark Casse. He also had a four-win day at Aqueduct in 2008.

Highlights of Stewart’s career, besides his Derby and Preakness wins, was the awarding of the Avelino Gomez Memorial Award at Woodbine for his contribution to the sport of Thoroughbred Racing in 2010. His other major stakes wins have come in the Remsen, Acorn, Demoiselle, Maryland Million Classic, Sorority, Affectionately Hdcp., the Woodbine Oaks on Milwaukee Appeal, Astoria and Long Branch. Stewart Elliott now lives in Kentucky. 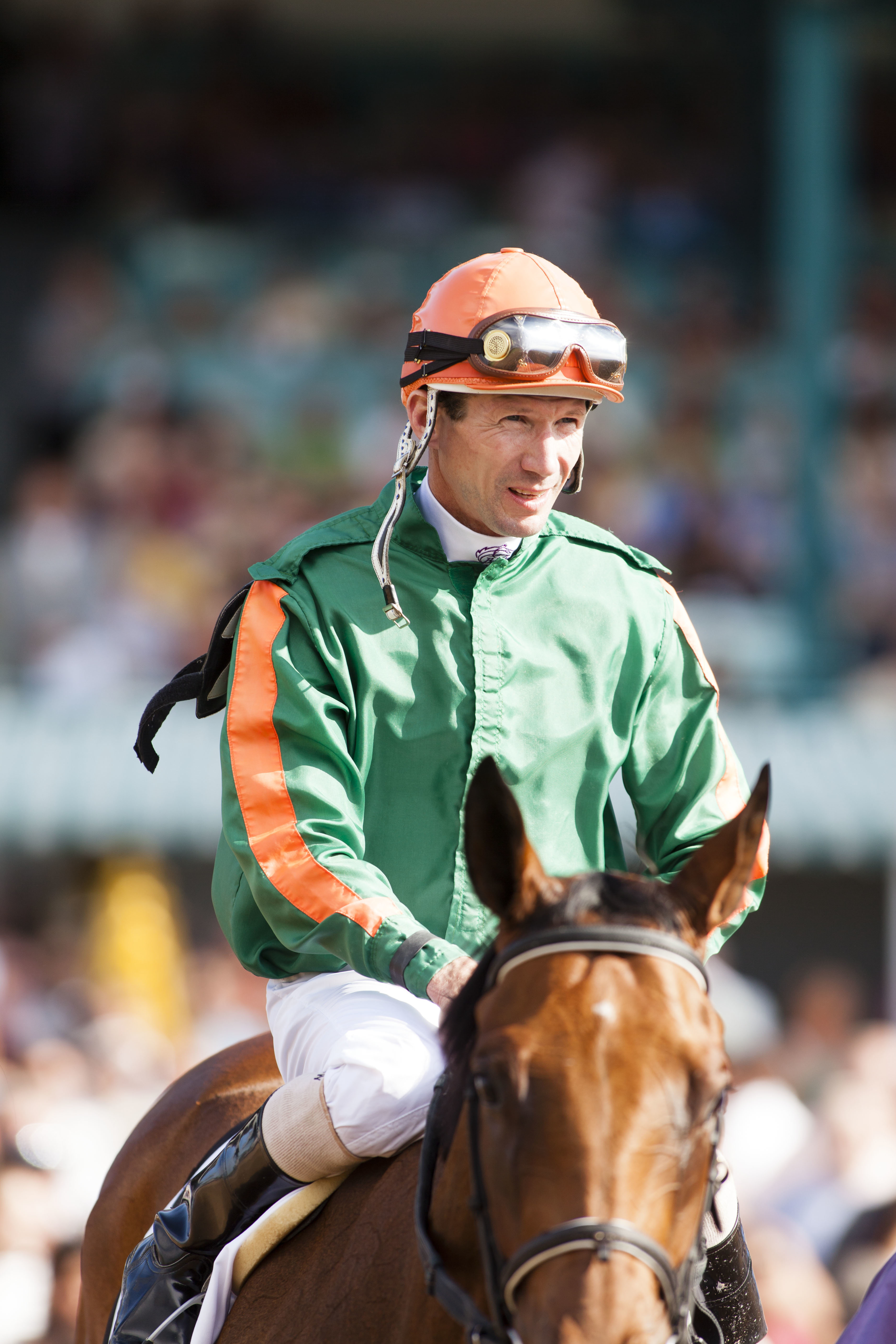