A decorated war hero at the Battle of the Somme and at Amiens in World War I, and later commanding officer of the 48th Highlanders, Colonel Kenric Rudolphus (Rud) Marshall was a business tycoon in the fuel, dock and shipping industry. He was a quiet, gentle-spoken, self-effacing sportsman who served on the boards of various charitable foundations. Marshall also was a polo player and steeplechase rider as a young man. He assumed the presidency of the Ontario Jockey Club in 1942 when the King’s Plate at Woodbine Park was still under the rules established in 1860.

Marshall recalled going to Woodbine in an open carriage with his parents in 1892 to see O’Donohue win for the Seagrams. His father, N.G.L. Marshall, ran the aged gelding Fred Henry in the 1889 Plate. “Rud” had registered his first racing silks, cerise and white blocks with a white cap, in 1901. Thus there wasn’t a more qualified man to usher the Plate race into the modern era.

When he stepped down as president in 1956 to become Chairman of the Board, the Plate’s conditions were vastly different. He was a major force behind the introduction of sweeping changes when rules now allowed horses bred in any province of Canada to be eligible. Prior to the running of the 1944 Plate, only horses foaled in Ontario and owned by a British subject resident in the province were permitted in this historic event. It was now open to owners from any part of the Dominion.

Marshall was also involved in another major rule change when the OJC inaugurated the Plate Trial Stakes. It allowed trainers in 1944 to give their horses a “tightener” instead of having to run them a mile and an eighth on the first day of the spring meeting. When Marshall handed over the reins of the OJC to E.P. Taylor in 1956, racing had now moved from Queen Street East northward to Rexdale and the “new” Woodbine with its much heralded Marshall Turf Course.

Five years later, in 1961, the boisterous applause of a huge crowd at Woodbine welcomed Marshall as he walked across the track to the winner’s circle to greet his Queen’s Plate champion Blue Light, jockey Hugo Dittfach and trainer Patrick MacMurchy. Blue Light defeated Conn Smythe’s Just Don’t Shove by the width of a hockey puck. It was a wait of 69 years between the day “Rud” saw O’Donohue win in 1892 and 1961 when his silks were now enshrined in Plate history. His best horse prior to Blue Light, which he purchased for $7,500 at E.P. Taylor’s annual sale of pre-priced yearlings, was Hartney, who earned Horse of the Year honors in 1957. A year after his death in 1962, Marshall left his stable in charge of his son Peter, who won the 1966 Queen’s Plate with Titled Hero. 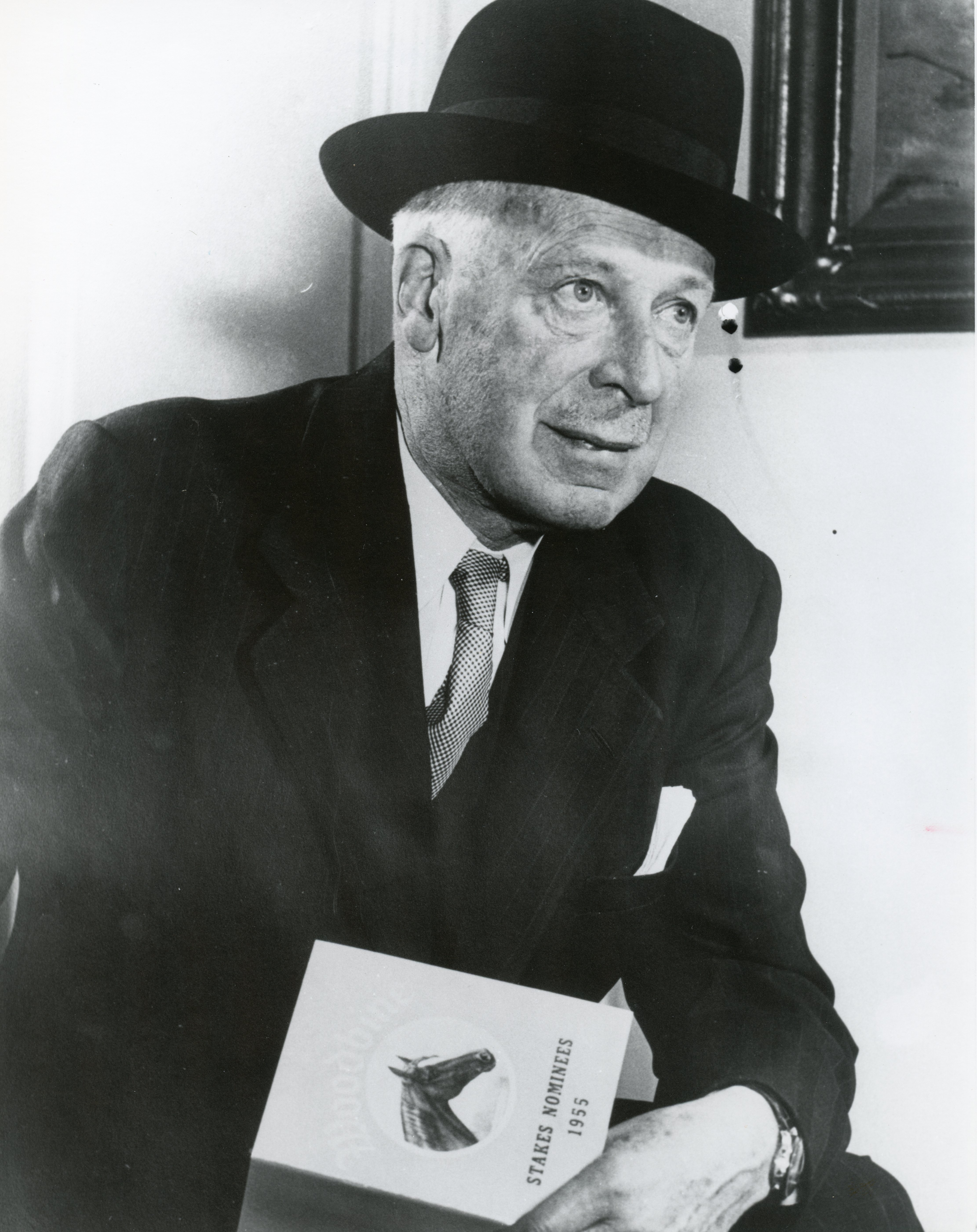