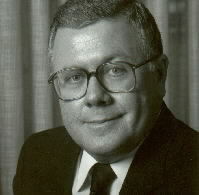 Jack Kenney was a bon vivant, raconteur, and master teller of tales. Beloved by family and a huge swath of friends, he radiated charm, conviviality and an infectious joie de vivre. He was also an accomplished leader of great intelligence who had an enduring impact on Canada’s horse racing industry, to which he dedicated most of his professional life.

Born in Vancouver in 1935 he was the second son of Canada’s top dance band leader, Mart Kenney. Jack’s beautiful mother Rosetta (Etty) née Smiley died tragically when he was only nine months old. Growing-up in Mart Kenney’s musical home meant living an often charmed childhood, like the time that a visiting Fats Waller helped a nine-year-old Jack cope with the flu by serenading him with an hour-long jazz improvisation of Brahm’s Lullaby.

Jack’s second home became Oakville’s Appleby College, where he thrived as a boarder for several years, graduating in 1954. Jack was a top student, and inherited some of his father’s musical talent, once mastering the Trumpet Shall Sound movement from Handel’s Messiah. This great achievement was misattributed in an official school history to his more athletically inclined older brother Martin, an outrage that Jack insisted be corrected for posterity in his obituary.

He went on to excel academically at the University of Toronto’s Trinity College, obtaining his B.A. in 1957 with a major in English and a minor in Poker, the latter earned at Kappa Alpha Society. Jack then obtained his LL.B. from Osgoode Hall as one of the top students of the class of 1960, before articling at the venerable white shoe firm of Fraser and Beatty.

Called to the Bar in 1962, he soon impressed the firm’s biggest client, the then-doyen of the Canadian establishment, E.P. Taylor. Taylor had a good eye for talent of both the equine and human varieties. A month before his Canadian-bred horse Northern Dancer broke into racing history by winning the Kentucky Derby, Taylor hired Jack as a member of the legal team at the Ontario Jockey Club (OJC.)

The two developed a close relationship, with the great man becoming a mentor to Jack, who in turn helped Taylor to realize his vision of transforming horse racing in Canada from a “leaky roof circuit” to a world-class operation. In 1975 Jack was appointed President and Chief Executive Officer of the OJC, a position that he held for nearly two decades. By assembling a talented team, working endless hours, and charming everyone from breeders and union leaders to sports writers and politicians, Jack helped to bring horse racing into the modern era. He was responsible for converting the OJC into a non-profit corporation, implementing computerized wagering systems, as well as inter-track and simulcast wagering. These and other innovations generated new revenues that led to upgraded facilities and bigger purses, all of which meant more investment in Canadian horse breeding farms, and a vibrant industry employing thousands of people, from stable hands to trainers.

“Jack meant a lot to Woodbine and racing,” former Woodbine Entertainment Group President David Willmot told The Toronto Star. “His length of service is measured in decades, not in years. When he stepped down as president, he remained on as a director because of his great knowledge of the business. He knew more about the history of the business of horse racing in Ontario than most people I knew.”

Jack also helped to lead the racing industry at the national level, with leadership roles in Racetracks Canada and the Jockey Club of Canada. In retirement, he continued to serve on the OJC (now Woodbine Entertainment) Board, and contributed to charitable endeavors such as the E.P Taylor Equine Research Foundation, Appleby College, and the St. Michael’s Hospital Foundation.

To many Jack seemed a slightly rakish Edwardian gentleman born in the wrong era. To his beloved nephews he seemed like a male version of Auntie Mame. All who knew him will recall his biting wit, winsome manner, and generosity of spirit. He will be deeply missed.

John (Jack) Herbert Kenney died peacefully on Saturday, March 14, 2015 at St. Michael’s Hospital. He was predeceased by his parents Martin H. (Mart) and Rosetta (Etty), his stepmother and aunt Madge, and his older brother Martin. He is mourned by his sister Elizabeth, sister-in-law Lynne, nephews Martin (wife Yulia), David (wife Susan), Jason, Andrew, and his grandnephews Quinn, Conor, Roarke, and his grandnieces Chandler and Aamor.

His funeral, followed by a wake, will take place on Thursday, March 19, at 2:00 p.m., at the John Bell Chapel, Appleby College, 540 Lakeshore Road West, Oakville, Ontario. In lieu of flowers, memorial donations may be made to the St. Michael’s Hospital Foundation.

(with files from Standardbred Canada)