The year was 1939 and for the first time in Plate history a ruling monarch was in attendance to witness the 80th running of the race when Archworth galloped to a 10-length victory at majestic Woodbine Park. “Royalty saluted royalty,” wrote Ralph Allen, as he hailed this momentous occasion when King George VI bestowed 60 gold-plated sovereigns and a gold-plated trophy to George McCullagh, owner of the mercury-footed colt he had bought for a mere $500 at a public auction of yearlings in 1937.

Acclaimed as Canada’s champion two-year-old with victories in the Mrs. Orpen’s Cup and Saucer and Clarendon Stakes in 1938, Archworth dominated the racing scene in 1939 as he also captured the Prince of Wales and Breeders’ Stakes. It would be 1959 before this trio of races became an official event, the year of the next royal visit. The chestnut colt’s King’s Plate victory on a day he toyed with his 12 foes signaled an important rule change in Plate eligibility rules: it was now open only to three-year-olds.

Archworth’s victory obviously delighted the royal party as His Majesty, an owner/breeder himself, had detected the supple chestnut colt in the post parade and asked Premier Mitchell Hepburn for the horse’s name. The King’s binoculars were rarely off the colt as it streaked away from the barrier and maintained his searing pace, lengthening out with each stride over his straggling pursuers. “Never have I seen a horse go out and take such a long lead and hold it,” observed Queen Elizabeth.

McCullagh, publisher of The Globe and Mail, gained his love for horses in his boyhood while driving a butcher’s delivery wagon. He praised William H. Wright, the mining prospector and stock promoter from Barrie who bred the chestnut colt. He pleaded with the diffident Wright to go to the royal dais and take the honor in his place. “It’s a great day for me, but I am only the stuffed shirt who bought him for $500. My thrill is nothing at all compared to the joy in Bill Wright’s heart. It’s been a lifelong dream. When he came to this country from England he used to watch the races at Woodbine from a knothole in the fence. Standing there, he vowed that if he ever struck it rich, he would try to breed a winner of the Plate. The dream came true today. All the credit goes to Bill, to trainer Mark Cowell, and to jockey Denny Birley.” Wright served in the Boer War and World War I. On a prospecting trip near Porcupine, ON, he discovered a vein of silver that would become the world’s richest silver deposit.  In the 1920s and ‘30s he invested in insurance and banking and bought The Globe and later The Mail and Empire and merged the two newspapers, putting McCullagh in charge as publisher.

In the weeks leading up to the much-anticipated royal visit, Archworth was put through an unorthodox training schedule by Cowell, one that was criticized by the media and some horsemen as being too punishing. They figured he might be “overtrained”. The skeptics were wrong as the son of Worthmore sprinted to the lead coming out of the starting gate and was never threatened. A $2 win ticket was worth $5.70. Future Canadian and U.S. Hall of Fame inductee Johnny Longden, who was the leading jockey in the United States in 1938, was imported to ride Mrs. R.E. Webster’s Syngo Bay, but was a distant fourth.

Archworth was never able to reclaim the fame he enjoyed in 1939. At age five he was third in both the Hendrie Memorial Handicap and Queen’s Cup Handicap. He did manage to win an overnight race, the Maple Leaf Hockey Club handicap at Thorncliffe Park in 1941. When he was retired at age five to stud at Wright’s farm in Barrie, Archworth had won 15 times and was second or third in 16 other races. His gross earnings in 47 starts were $31,234. 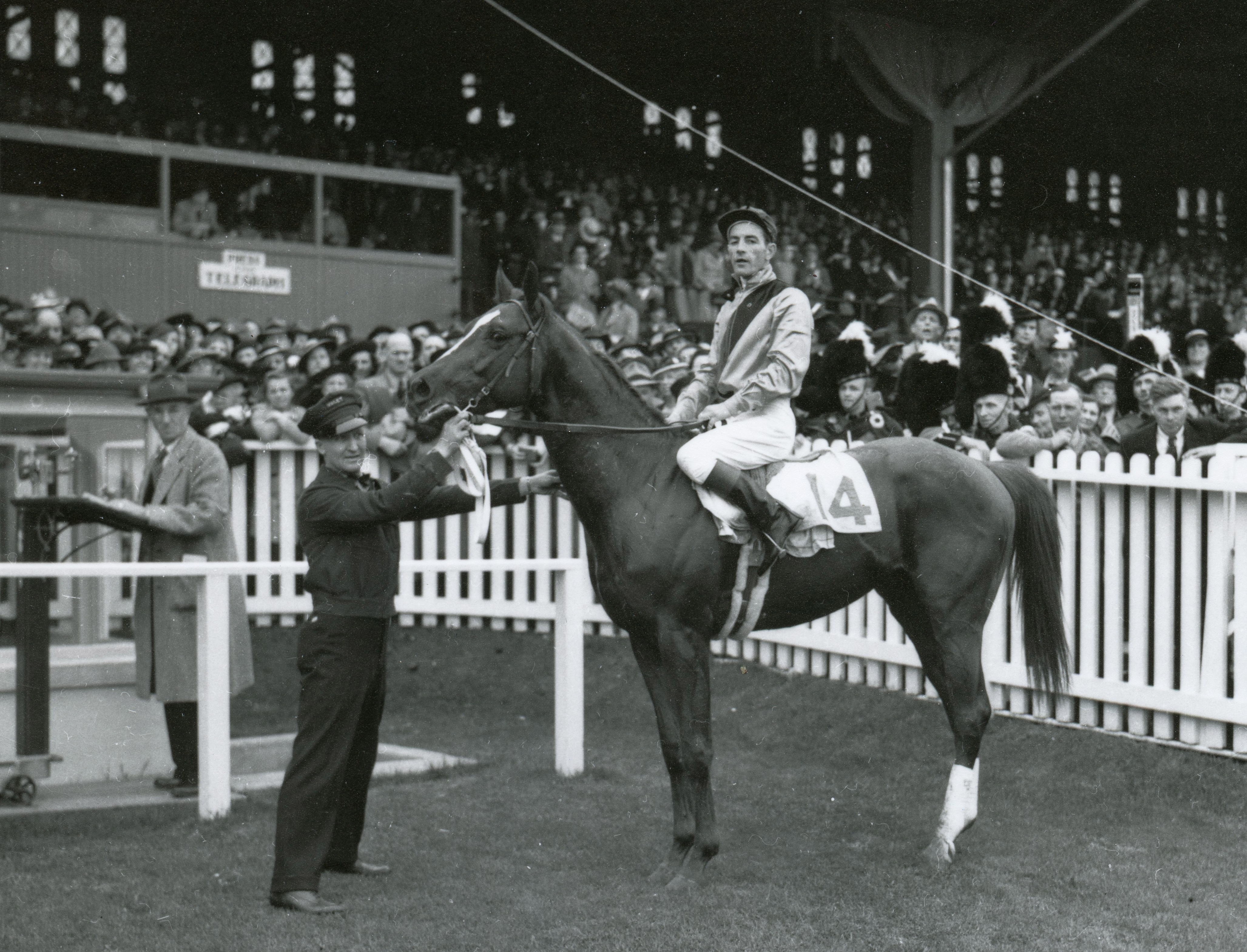