William ‘Bill’ Galvin, a native of Arnprior, ON and now a resident of Mississauga, ON, made a tremendous impact on horse racing in the country — so much so that he is part of just the second class to be inducted into the Canadian Horse Racing Hall of Fame’s Communicator category.

His promotions transcended racing. He led a charge to bring harness racing onto the ice on Ottawa’s Rideau Canal and expose the sport to thousands of potential fans.

He started the Race for MS fundraiser to gain exposure for the sport, and ran numerous other high profile campaigns dedicated to the well-being of horse racing during his career.

He was also a member of the Advisory board for the School of Equine Studies at Toronto’s Humber College of Applied Arts.

Galvin was the director of special promotions (harness and thoroughbred) for the Ontario Jockey Club and publicity chairman for the Greenwood Centennial Program.

He produced a History of Grand Circuit Racing in Canada and the Golden Horseshoe Circuit Press Book, conducted equine poetry and art competitions for grade school children and organized both trotting under saddle races at Greenwood and intercollegiate harness driving championships.

He published Ballads of the Turf in 2006, was the first publicity chairman of the Sovereign Awards and published a 100-year history of racing at Greenwood and Woodbine. Galvin, the former president of the North American Harness Publicists Association, was a regular weekly contributor to Canadian and U.S. harness trade magazines, and wrote a regular nightly review of the races for the dailies and other media. 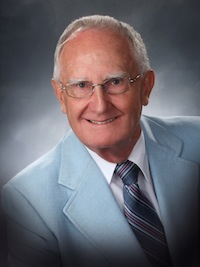