A.W. (Art) Stollery, a successful mining engineer, ran Angus Glen Farm, a horse breeding operation in Markham, ON. The stable ran under the turquoise and orange silks of his wife, Mrs. Helen Stollery.

Stollery became a prominent horseman, developing a band of broodmares with bloodlines from Canada, the U.S., and South America, breeding them to top stallions, and foaling back in Canada. For more than two decades, Angus Glen horses achieved racing success both in Canada and internationally, including 16 stakes winners of more than 40 stakes races, the most notable of which were Talkin Man, Kennedy Road and Lauries Dancer. Stollery’s first mares produced a crop of three foals in 1968. These yearlings grew into stakes winners Lauries Dancer, Kennedy Road and Gallant Glen.

Lauries Dancer, a daughter of Northern Dancer, dominated the best fillies in Canada and the U.S. in 1971. She won the Star Shoot Stakes, the Canadian Oaks, the Alabama Stakes at Saratoga, and the Delaware Oaks. She was named Horse of the Year in 1971 and was inducted into the Canadian Horse Racing Hall of Fame in 2006.

Kennedy Road dominated Canadian racing continuously for three years. In Canada, he won most of the important two-year old stakes races in 1970, as well as the Queen’s Plate as a three-year old in 1971. He won championship colt categories as a two, three and four-year old and finally as a five- year old in 1973 he was voted Canada’s Horse of the Year. That year he achieved a brilliant a brilliant campaign in California, winning several stakes races, including the Hollywood Gold Cup. He also set a track record in a six-furlong race at Woodbine in 1973, which stood for 26 years.

The Kennedy Road Stakes at Woodbine was named after him. He was inducted into the Canadian Horse Racing Hall of Fame in 2000. Other horses that had California successes included the mare Dulcia, who most notably won the National Thoroughbred Championship Invitational Stakes in 1975.

Stollery died in August, 1994, at the age of 80. Later that year, one of the last of his foals, Talkin Man (bred and owned jointly with Kinghaven Farms) started his racing ascent, winning stakes races at Woodbine (the Swynford, Grey and the Coronation Futurity). He was named Canada’s Champion two-year-old colt that year.

Talkin Man continued his career in the U.S. in 1995, winning the Gotham City Stakes and the Wood Memorial at Aqueduct, New York. Talkin Man went on to sire Better Talk Now, winner of the Breeders’ Cup Turf in 2004 at Lone Star Park in Texas. He earned $4.3 million during a nine-year career, retiring as a gelding at age 10.

During the Second World War, Stollery served in the Royal Canadian Air Force as a flying officer. He and fellow HOF builder Mel Lawson, were both members of the 1943 Grey Cup champion Hamilton RCAF Flying Wildcats. Stollery’s zest for life and his love of calculated risk-taking in the mining industry translated well into the horse breeding industry.   He combined the analytical mind of an engineer, his love of sports, the risk taking of an entrepreneur, and the instincts of a farmer, to race and breed numerous significant stakes winners. 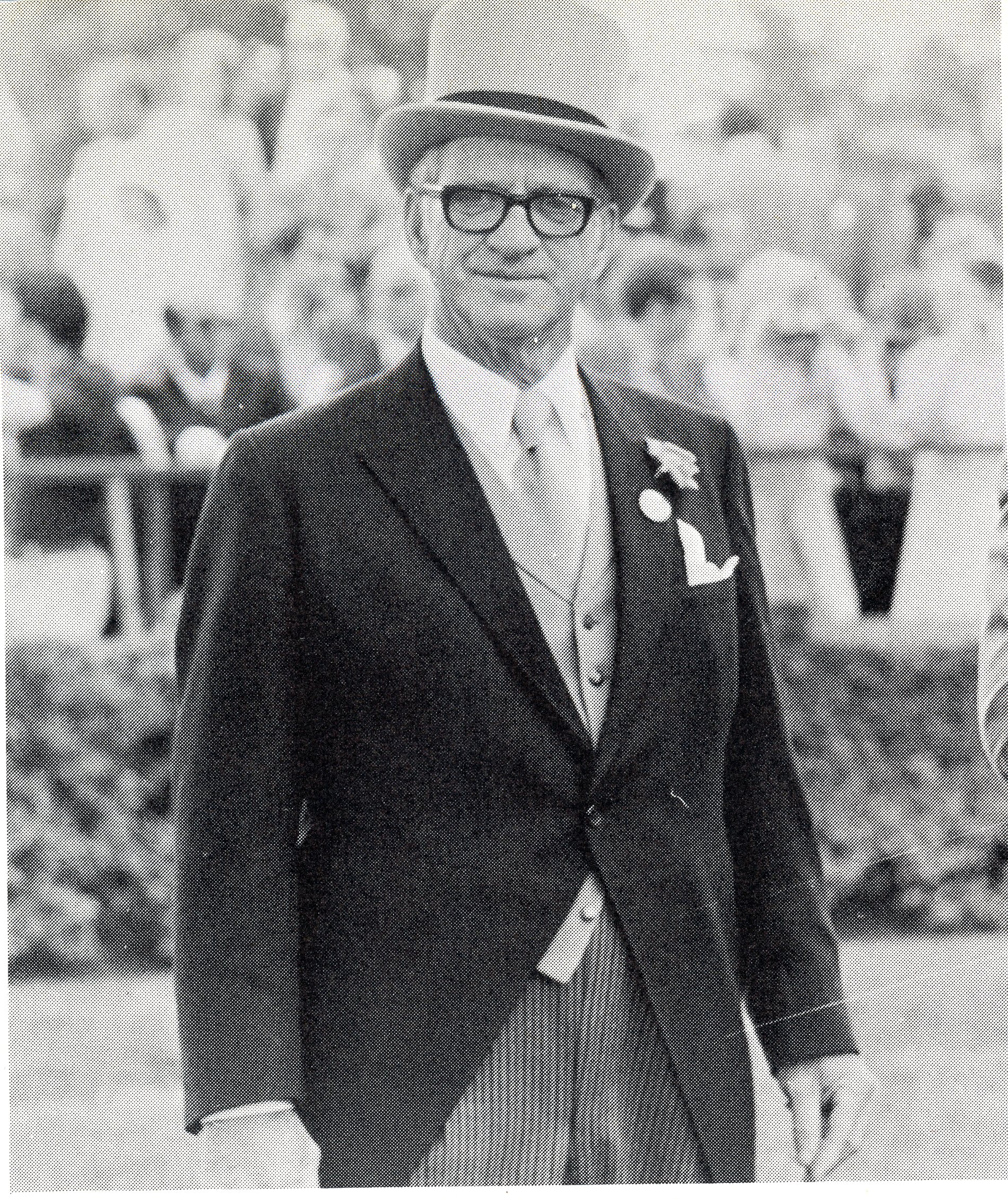