The Canadian Horse Racing Hall of Fame is pleased to announce its 2014 Legend inductees.

Legends are people and horses whose accomplishments were achieved more than fifty years ago.  They made unique contributions to horse racing in Canada and our Hall is pleased to recognize the special roles they played. 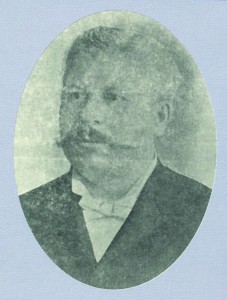 In 1870, E. (Edmund) King Dodds founded The Canadian Sportsman, a horse racing magazine that would exist for the next 143 years.  During his 40 years as editor ending in 1910, thoroughbreds were the main focus of the publication with coverage of harness racing and steeplechase.  Hunting, fishing, curling and other sports were featured, as well as racing on ice. The publication revelled in the gossip and yarns from the backstretch, gambling parlours and saloons.  Dodds was the ultimate purveyor of the early years of horse racing in the province.  His quaint and often acerbic style of recollections of horse racing from as early as the 1840’s, was published in 1909 in a book – Canadian Turf Collections and Other Sketches.   Dodds’ founding of The Sportsman in 1870 provided the horse racing industry with a formidable partner.  It would evolve into the premier standardbred magazine, the Bible of the sulky world. 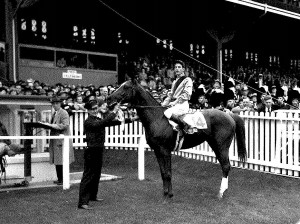 The year was 1939 and for the first time in Plate history a ruling monarch was in attendance to witness the 80th running of this race when Archworth galloped to a 10-length victory at majestic Woodbine Park. “Royalty saluted royalty,” wrote Ralph Allen, as he hailed this momentous occasion when King George VI bestowed fifty sovereigns and a gold-plated trophy to the publisher of the Globe and Mail newspaper, C. George McCullagh, owner of the mercury-footed colt he had bought for a mere $500 at a public auction of yearlings in 1937.

Acclaimed as Canada’s champion two-year-old with victories in the Mrs. Orpen’s Cup and Saucer and Clarendon Stakes in 1938, Archworth dominated the racing scene in 1939 as he captured the Prince of Wales and Breeders’ Stakes. It would be 1959 before this trio of races became an official event, the year of the next royal visit.  The chestnut colt’s King’s Plate victory on a day he toyed with his twelve foes signaled an important rule change in rules: it was now open only to three-year-olds.

The Canadian Horse Racing Hall of Fame will celebrate the inductions of these deserving legends at the CHRHF President’s Reception scheduled to take place Friday, May 23rd at 5:00 pm in the Hall of Fame at Woodbine Racetrack.  The reception will also feature the official unveiling of the display boards for the 2013 inductees, as well as the introduction of the 2014 inductees.

The Canadian Horse Racing Hall of Fame is a dual hall representing both Standardbreds and Thoroughbreds.   Inductees are added annually to build an ever-growing honour roll in the category of Builders, Drivers/Trainers, Jockeys/Trainers, Communicators, Veterans and Legends.