We are very saddened to hear of the sudden passing of Canadian Triple Crown stallion Wando who was owned and bred by Hall of Fame Builder Gustav Schickedanz.

Wando, Canada’s Horse of the Year and Triple Crown champion of 2003, succumbed to a suspected heart attack today at the age of 14 at Schonberg Farm, where he has stood at stud since 2011.

The Gustav Schickedanz homebred son of Langfuhr-Kathie’s Colleen was trained throughout his career by Mike Keogh.

Langfuhr was inducted to the CHRHF in 2004.
“It’s a very tough day for us,” said Keogh. “Wando was a very kind, beautiful horse and so good about everything. He had raw talent. He could sprint or go long and he ran on every surface. He was a one of a kind horse and a true gentleman.”

Wando, a handsome chestnut, made an immediate impact at Woodbine winning on debut in a maiden allowance sprint over the old dirt main track on July 7, 2002.

He earned his first stakes score with a runaway win in the Vandal Stakes and followed that effort with a narrow head defeat in the Grade 2 Summer Stakes.

A win in the Grade 2 Grey Stakes secured Wando’s status as a potential Queen’s Plate favourite for 2003 and the chestnut would not disappoint.

Following a second-place finish in the Achievement Stakes to start his three-year-old campaign, Wando launched a remarkable five-race win streak that saw the chestnut win the Woodstock and Grade 3 Marine Stakes prior to his Triple Crown charge.

Wando would take the first leg of the Triple Crown, the Queen’s Plate, in style. With Patrick Husbands up, Wando surged to the lead and continued to widen at will drawing off a nine-length winner over stable mate Mobil as the mutuel, and fan, favourite.

Despite a light rain and muddy track at Fort Erie, Wando continued to his front-running ways with a four-length score in the Prince of Wales Stakes, setting up an historic Triple Crown bid at Woodbine a few shorts weeks later.

Wando was sent to post as the prohibitive favourite in the Breeders’ Stakes, the 1 1/2-mile final jewel of the Canadian Triple Crown raced over Woodbine’s E.P. Taylor Turf Course. Seven rivals squared off against Wando, including a trio of Sam-Son Farms entrants including Shoal Water, Colourful Judgement and Parasail.

Shoal Water made the lead turning into the stretch run, but Wando, racing behind rivals, was swung out wide by Husbands and set course for the finish, prevailing by 1 1/2-lengths.

For his efforts, Wando was named Canada’s Horse of the Year and champion 3-year-old male. He would return at age four to win the Mr. Sassafras Stakes, and was retired after a brief five-year-old campaign with a record of 11-2-2 from 23 starts and purse earnings in excess of $2.5-million.

He entered stud at Lane’s End Farm in 2006, eventually returning to stand stud at his home at Schonberg Farm for the 2011 breeding season.

His progeny includes Turallure who captured the Grade 1 Woodbine Mile in 2011.

Wando’s legacy is honoured each May at Woodbine with the running of the Wando Stakes, a key prep race on the path to the Queen’s Plate.

He will be buried at Schonberg Farm.

The Canadian Horse Racing Hall of Fame extends sincere condolences to his connections, his fans and all who cared for him. 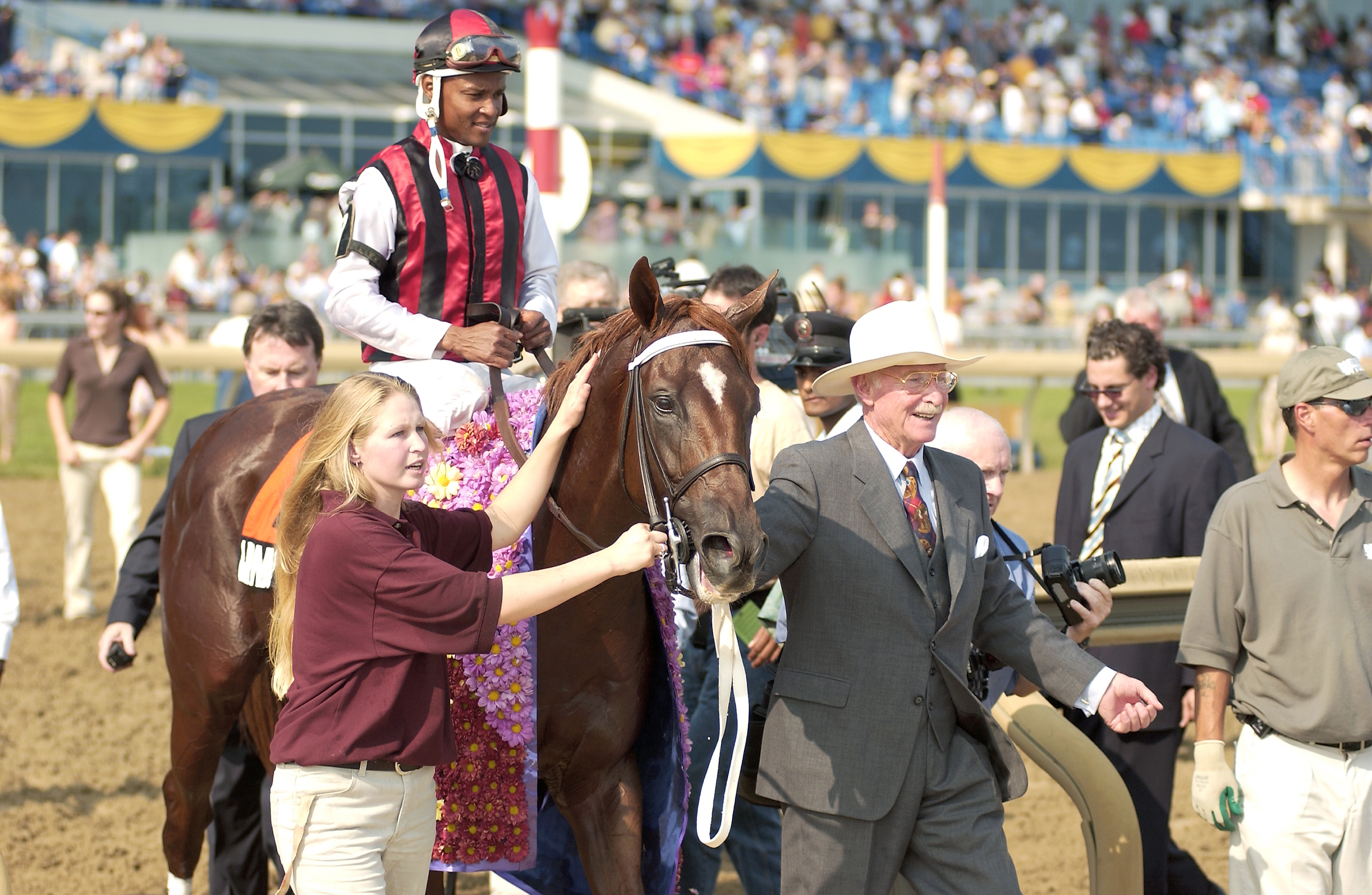