Being honoured as a builder is as good a category as any for a man who did it all and did so modestly. But in truth, William Rowe was too many things to categorize him properly — chief among them a survivor and a gem from harness racing’s golden age.

Rowe survived World War II in which he served as a flight trainer and fighter pilot who flew missions from the deck of an aircraft carrier in the North Sea at the tail end of the war. He survived a couple of brain aneurisms thought to be caused by being clipped by horse hooves during racing spills in the days when head protection amounted to silk caps. He survived a tornado by clinging to the turnstiles at Barrie Raceway when a twister made a direct hit on the community in 1985. He even survived being robbed of the glory of driving legendary mare Celias Counsel to victory over the boys in the 1952 Maple Leaf Trot at Thorncliffe Raceway in Toronto.

Never once did Rowe’s daughter ever hear him complain about any of it, though Jane Rees believes “it must have galled him” to have his father, the Honourable Earl Rowe, incorrectly listed for eternity as Celias Counsel’s driver from that day at Thorncliffe.

Though father and son were extremely close, they were fierce competitors on the track. “That was the best rivalry,” Rees said. “Dad was very competitive. He and grandpa would knock each other down to win a race. That was his biggest motivation, to beat his father.”

Though Bill Rowe would go on to help build three racetracks — four, if you count rebuilding Barrie Raceway after the tornado — Rees said her father, who died in 2011 at age 88, always considered himself a horseman and was quietly proud to have raced on the Grand Circuit.

“Those were such good days and I have vivid memories of him as a driver,” Rees said. “Your heart just bursts when you’re a kid and your dad is out there.

“He would come back from the barns, which were always just the open shedrows, and he would have a towel around his neck. He would have just washed in a pail because there weren’t any facilities. I remember his boots, the driving boots with the strap around the top. He was always really particular.”

Rowe was a breeder, owner, trainer and driver that went on to be president of the Canadian Standardbred Horse Society, a director of the Canadian Trotting Association and a founding member of the group that came to be known as the Racetracks of Canada. He was also a prominent force behind the scenes in the federal Progressive Conservative party.

When Rowe started building racetracks — first Windsor Raceway in 1966, then Barrie Raceway in 1971 and, finally, Georgian Downs in 2001 — Rees believes her father’s passion for racing was a reason he maintained good relationships with the horsepeople and made backstretch amenities a priority.

“He drove in enough races and that’s why he was very particular about how the backstretch was. You were never to run out of hot water. Those were important details and spoke to his fastidiousness,” Rees said. “That’s partly why he had free dry cleaning at Windsor (for the horsepeople). He really thought it was important to have everything looking perfect.”

In those days, racing contracts were often hammered out between Rowe and Ontario Harness Horse Association president Les Ehrlick on a napkin and sealed with a handshake.

Rowe conducted himself with integrity and expected nothing less than the same from others, Rees said.

“He really respected the game. He got very angry at people who cheated. I’m not just talking horsemen. I’m talking about anybody that didn’t give it the proper respect… You had to be able to play the game in the appropriate way. I think if you talk to anybody that’s the word that will come out: integrity,” Rees said.

For the most part, it was a quiet, lead-by-example brand of integrity.

“I think he was shy, basically… He was very, very modest. Extremely modest.”

So much so, Rees tells a story that epitomizes her father’s toughness and unwillingness to make a fuss.

One day, while alone at Barrie Raceway, Rowe fell and broke his hip. He crawled to his car, managed to pull himself into the driver’s seat and drove to his nephew Scott Rowe’s house only “because he knew he would need help to get into the house,” Rees said. “Only the timely arrival of my mother stopped the process and got him to the hospital instead — under protest.” 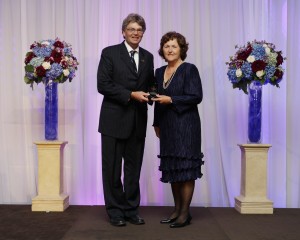 Jane Rees, daughter of Builder inductee William Rowe is presented with the ring honouring her father’s contribution to the racing industry by CHRHF Vice-President Jamie Martin. The 2013 induction ceremony was doubly special for the Rowe family as trotting mare Celias Counsel was added to the Hall in the Legend Category 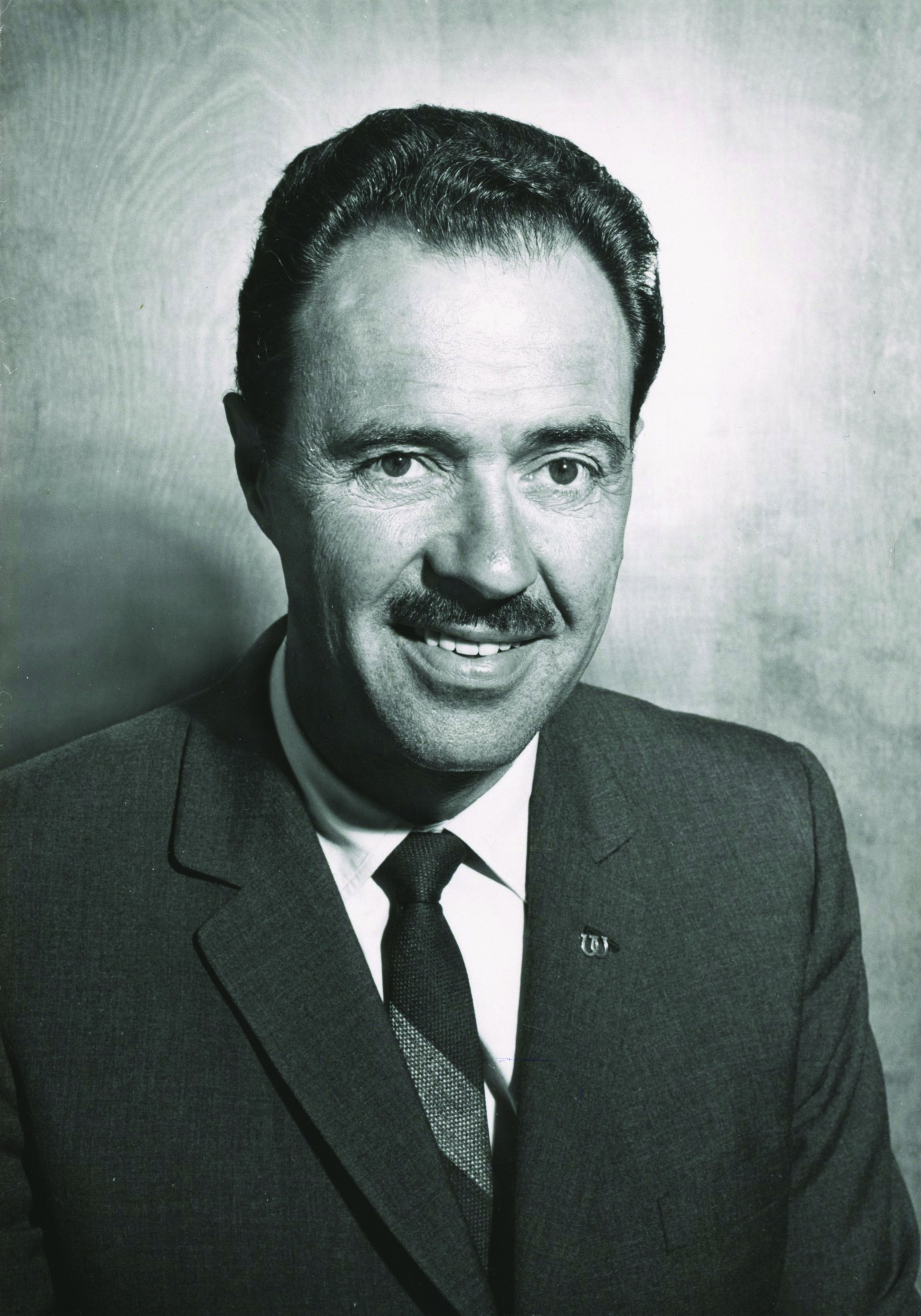