The pedigree of Soaring Free spoke volumes of an exceptional career that would eventually see the gelding achieve celebrity status as one of Canada’s leading sprinters and turf specialists.  The names that dotted his bloodlines included world champions Mr. Prospector and Northern Dancer. Foaled in 1999 at his owner and breeder Sam-Son Farms in Milton, Ont.,  he was a product of Smart Strike’s second crop and out of Dance With Wings, a stakes-winning mare by the Dancer’s great son, Danzig. As it turned out, Smart Strike would become a world champion sire and his first high-class stakes winner was – Soaring Free.

Classic breeding, however, doesn’t necessarily guarantee horse-of-the-year honours, a North American record on the turf, over $2 million in purse earnings, multiple stakes wins and a Grade 1 victory in one of Canada’s premier stakes events, the $1 million Atto Mile. Trainer Mark Frostad would agree that it took him some time to figure out Soaring Free’s ultimate potential. It was a frustrating experience. “To be blunt,” said Frostad, “he just wasn’t ready to run at two. He was difficult to train at times and had some bad habits, so we gelded him when he turned three.”

In his first start at three, he broke his maiden at Woodbine and finished the year with two wins and two seconds in six starts.  One of them was at Keeneland, Ky., in a stakes race in which he led before tiring to finish fifth.  He could be unruly and later back at Woodbine he was disqualified after finishing second in his last start of 2002.

In 2003 at age four he won his first two starts. It was about this time that Frostad made a decision that Soaring Free’s future was on the turf. It was an astute move that paved the way for championship seasons in 2003 and 2004. “His breeding suggested he might be better suited on the grass. He was out of a Danzig mare,” said Frostad.

His first start on the lawn at Woodbine resulted in a graded stakes victory, winning the Nearctic Stakes. He would win the Ontario Jockey Club and Play The King Stakes and finish a close second in the Atto Mile in a season in which he won a Sovereign Award as champion sprinter. The following year he was Canada’s Horse of the Year and champion turf horse. The turf was his racket. During his career, he would twice win the Shakertown Stakes at Keeneland as well as winning the OJC, Play The King, Highlander twice. Soaring Free twice represented Canada in the Breeder’s Cup Mile, finishing fourth and fifth. His 2004 season, culminated with his win in the Atto Mile, a five-race win streak and a North American record for seven furlongs while winning the OJC Stakes. Eleven of his 15 career wins came on the grass. Except for the occasions when he raced in the U.S., his rider in Canada was Todd Kabel. 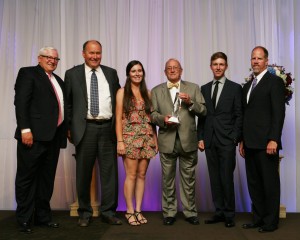 Soaring Free retired in 2006 at age seven after trying for his third win in the Shakertown at Keeneland, losing by less than three lengths. He compiled a record of 15 wins (ten in stakes races) and four seconds in 27 starts and earnings of $2,138,670. 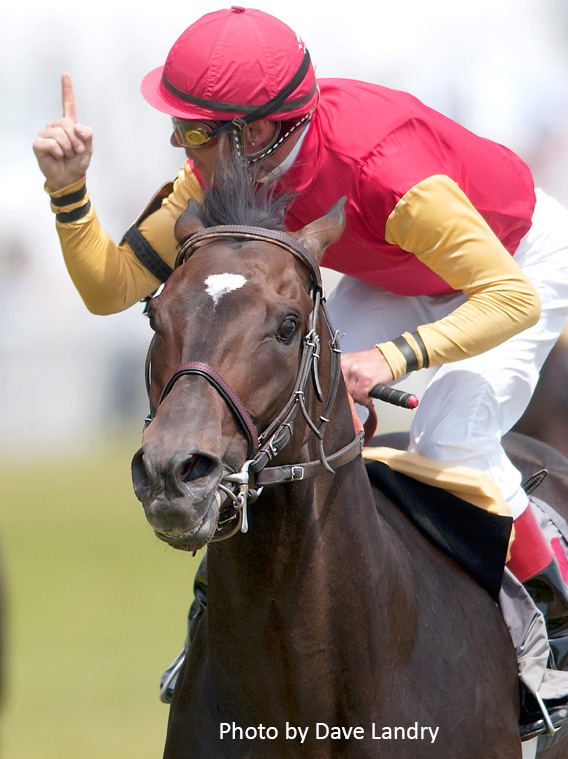