Sealy Hill was anything but conventional during a stellar career in which she often defied her handlers while earning honors in 2007 as Canada’s Horse of the Year and an asterisk in becoming the first filly to win the Triple Tiara.  A three-race series similar to the Triple Crown, the filly won the Woodbine Oaks, the controversial Bison City Stakes in which she was disqualified and the Wonder Where  Stakes. It would take almost three months before her loss in the Bison City was overturned by the Ontariio Racing Commission. Voila, a Triple Tiara winner.

Owned and bred by Eugene Melnyk and named after a village in Barbados, Sealy Hill was trained by Mark Casse, who never knew what to expect when she went to the starting gate. “Most of the time she’s her own worst enemy,” said Casse after she pulled herself up in the E.P. Taylor Stakes, a race in which she was coasting to victory.  “Her mood swings and antics changed from minute to minute. You never knew which direction she was going to go, what she was going to do. At times she was more concerned with running over the competition than actually running by them.”

True to form, Sealy Hill had one last trick up her sleeve on the night before she was sold for a sales topping price of $590,000 at the Winter Mixed Sales in Lexington, Ky., when she gave birth to a chestnut filly. The sire?  Distorted Humor.  Sealy Hill was part of Melnyk’s dispersal of broodmares.

However, her achievements on the track more than compensated for her natural nastiness and quirky behavior.  She ran against the leading fillies in the world and earned more than $1.7 million in 18 starts.  She raced only three times as a juvenile in 2006, winning the Glorious Song Stakes before heading to Florida.  Second in her 3-year-old debut at Gulfstream, she went to Turfway Park in Kentucky and upset highly regarded Panty Raid in winning the Bourbonette Breeders’ Cup Stakes. At Churchill Downs in the Kentucky Oaks she had traffic problems and finished 12th.

Next on her schedule were the races comprising the Triple Tiara. She won the Woodbine Oaks handily and was the odds-on favorite for the Bison City Stakes.  But she lugged in badly on Quiet Jungle  in the stretch and was disqualified and placed third. It would be late September before the Stewards’ ruling was overturned by the ORC. Coming off the pace in the Wonder Where she rallied under the riding of jockey Patrick Husbands.

She prepped for her biggest test, the $1 million Grade 1 E.P. Taylor Stakes, with a second place finish against older opponents in the Canadian Stakes. It appeared she would win the E.P. Taylor but was outrun in the final strides by European invader Mrs. Lindsay. Sealy Hill, Casse, Husbands and Melnyk dominated the Sovereign Awards in 2007 as each won individual honors, with Sealy Hill winning 3-year-old filly, turf filly or mare and Horse of the Year honors. 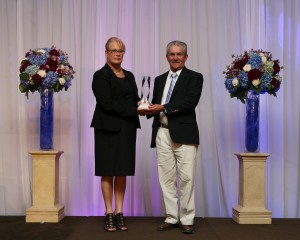 Her 4-year-old season featured a third-place finish in the E.P. Taylor and a thrilling runner-up finish at odds of 49-to-1 to Forever Together in the $2 million Breeders’ Cup Filly and Mare Turf at Santa Anita.