A teenage emigrant with his name pinned to his overcoat and a $10 bill in his pocket was the scene when John Sikura Jr., and his family arrived in Toronto after fleeing from war torn Europe in 1950. Several years later Sikura would attend the yearling sales in Kentucky and bid a record US$1.5 million for a son of Secretariat out of Charming Alibi, the dam of world champion mare Dahlia. The colt, which was co-owned by the Burnett brothers, Ted, Jack and Joe, was named Canadian Bound. Citizenship meant much to Sikura. He also was involved in the private purchase of Hall of Fame great Glorious Song from Nelson Bunker Hunt for a sum in excess of $8 million, a record for a broodmare. She was in foal to Nijinsky II. 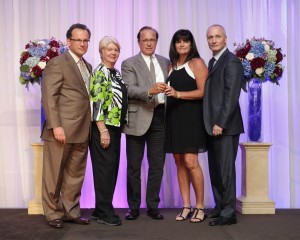 To borrow a phrase, Sikura’s life would by the 1960s become one of a “rags to riches” success story. He was described as a self-made millionaire and would become one of Canada’s leading breeders and owners with his Hill ‘N’ Dale Farms in Aurora, Ont., and another in Lexington, Ky., until his premature death in 1994 at the age of 60.  His son Glenn, who now owns and operates a farm in Aurora, said his father, sister and grandparents fled from Bratislava, Slovakia, ahead of the Russian invasion.  They wound up in Austria before departing for Nova Scotia by boat and Toronto by train. “When they got off the boat they only had the clothes on their backs and were given a $10 bill and the warm wishes of the Canadian government. My grandfather had been a lawyer back home, but worked at a bank here, and my grandmother became a seamstress.”

And young John? He had a love for horses growing up in Slovakia. It wasn’t long before he gravitated into the stock brokerage business and began buying land north of Toronto in the Gormley/Aurora area. Sikura soon built a thriving commercial breeding and sales operation. He bought and sold thoroughbreds for 35 years. In 1981 Hill ‘N’ Dale farms acquired property in Kentucky . It was expanded after his passing by his son John G. Sikura.  He had three children , Glenn, John G., and Carolyn, with his wife, Anne (Gus) Knowles, who took credit for the farm’s name – Hill ‘N’ Dale – which she said reflected the topography of the Aurora property. He also had two children, Luke and James, from a later marriage. 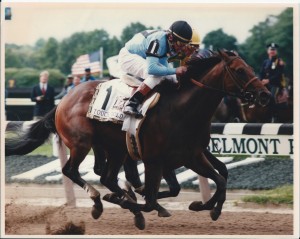 Aggressive,  confident and a times a renegade, Sikura boldly imported a rash of stallions,  Farm to Market, Vale of Tears, Herbalist and Knightly Dawn,  to challenge the established breeders in Ontario  — Windfields, Nashville Stud, Longview and Gardiner Farms. While Canadian Bound was a huge disappointment for trainer Maurice Zilber, Sikura, and the Burnetts , the imposing list of stakes winners from  Hill ‘N’ Dale made it one of the leading breeding and racing establishments in North America. To name a few –Queen’s Plate winner Driving Home,  Oaks winner Blondeinamotel, G1 stakes winners Granacus and Jalmood, Belmont Stakes winner Touch Gold, Anguilla and Nalee’s Rhythm.  However, the Sikura family’s proudest graduate was Rahy. As a sire and broodmare sire Rahy’s progeny have earned over $180 million with 203 stakes winners and 83 graded stakes winners, including Giant’s Causeway.

A former director of the HBPA,  Sikura was honored with the Mint Julep Award by the Canadian Thoroughbred  Horse Society for his contributions to Canadian racing,  was named a knight in the Knights of Malta,  a charitable association, in a ceremony in New York, and a Kentucky Colonel by state officials.