Hidden Treasure’s burden in the early part of his exceptional career was that he was foaled in 1957, the same year as one of Canada’s greatest thoroughbreds – Victoria Park. Like Sham, who chased Secretariat during the 1973 Triple Crown events, this was Hidden Treasure’s fate whenever he and Victoria Park hooked up in the major races for two-year-olds in 1959 – The Cup and Saucer, Coronation Futurity and Clarendon Plate. He did win the Display, Carleton and Summer Stakes and once managed to finish ahead of the Windfields’ Farm stalwart that year, edging Victoria Park for the show finish in the Victoria Stakes.

But this shouldn’t distract from Hidden Treasure’s overall contributions to Canadian racing. He was a multiple stakes winner at ages two, three, four and five and an added money winner at age six. Owned and bred by Hall of Fame builder Bill Beasley and trained by HOF trainer John Passero as well as  Bobby Bateman, the man who knew the colt better than any other in Beasley’s stable,  Hidden Treasure retired with earnings of $187,734, second in Canada to Victoria Park, the colt who put Canada on the thoroughbred  map with his record-breaking wins at Hialeah and Delaware,  and on the board finishes in the Kentucky Derby and the Preakness Stakes before while winning the Queen’s Plate in record time.

While Victoria Park was campaigning in the U.S., Hidden Treasure sped to victories in the Marine, Woodstock, Heresy, Bison City, Kingarvie, Toronto Cup, Fairbank and  Breeders’ Stakes.  Eight stakes victories would normally earn Horse of the Year honors. But voters, naturally, went with Victoria Park’s record against the best colts in North America.

Hidden Treasure did what no other Canadian-bred had ever achieved by winning a record 20 stakes races. He was Canada’s Horse of the Year in 1961, winning the Durham Cup, Canadian Maturity, Connaught Cup and Jacques Cartier. His aristocratic ancestry suggested that Beasley might have an exceptional runner. His sire was Dark Star, the Kentucky Derby winner of 1953 who handed the fabled Native Dancer the only defeat of his career. The dam was Ratine, a daughter of the undefeated 1935 English Triple Crown winner Bahram.

Bateman taught Hidden Treasure his elementary race track lessons in 1958 when the horse was a carefree, gangly yearling and was chief assistant to Passero, then head man of the Beasley stable. “I never came across such an intelligent horse. I tell you he’s so smart he’s almost human,” said Bateman , the ex-jockey and Hidden Treasure’s exercise rider and personal valet. “I would show him something new once and he’d know all about it the next time. He knows what to do at the gate and knows what to do when it opens and how to act. He’s always well behaved. Always in a good mood. He was a horse that could do anything. He won on grass and dirt. He won at six furlongs in just over 1:10 and won at a mile and a quarter.”

That Hidden Treasure simply couldn’t beat Victoria Park was no disgrace. “That was bad luck,” Beasley philosophized in an interview with Jim Proudfoot of The Toronto Star. “To come up with a fine horse like Hidden Treasure – best I’ve ever bred – and then run into a really great horse like Victoria Park. Naturally, having Canadian Champ was a big thrill for me, but Hidden Treasure is different because I bred him myself. This is the big moment in racing, you know, to see a horse you’ve developed achieve important things.”

Jockeys Al Coy, Pat Remillard, George Gubbins and C.M. Clark were in the saddle for his stakes victories. Between races on November, 1963, Hidden Treasure was paraded before a crowd of more than 18,000 at Greenwood. His stud career was brief, but one of his daughters, Fiddly Dee, is the dam of 1981 Queen’s Plate winner Fiddle Dancer Boy. 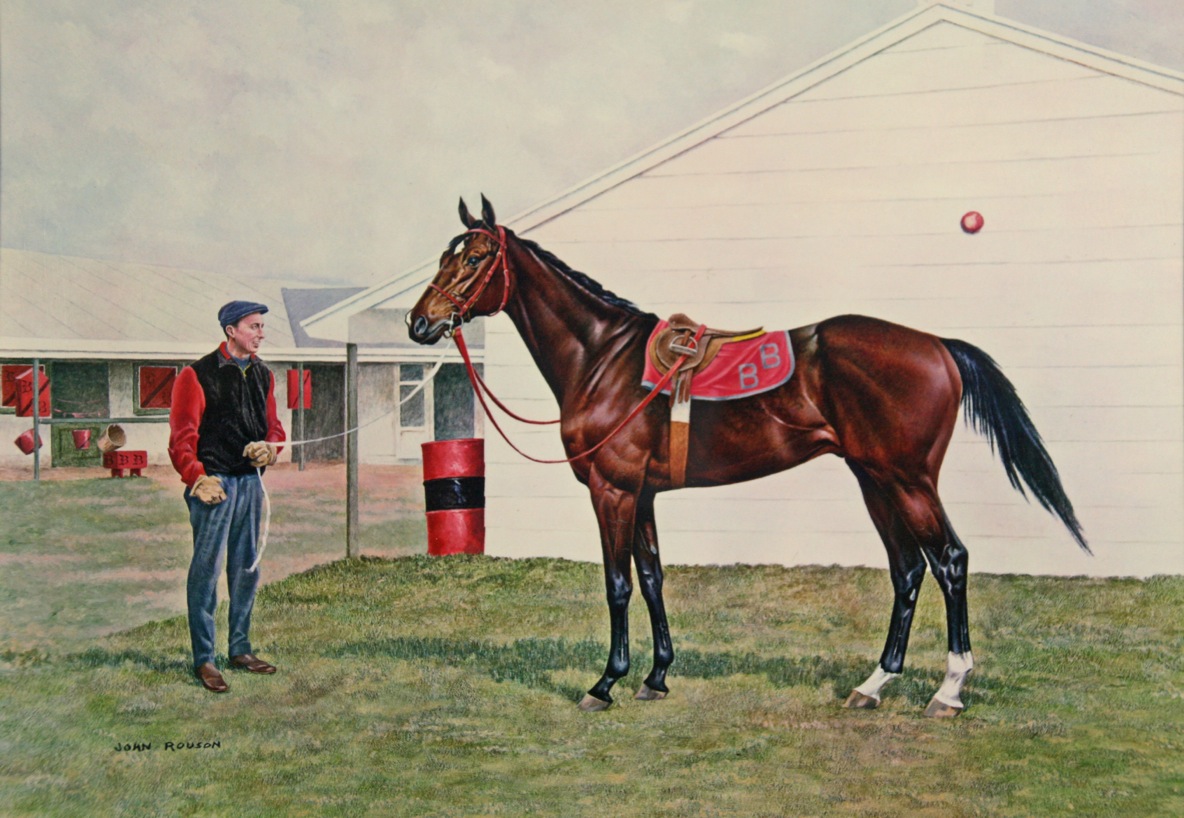