Celias Counsel was one of the most outstanding trotters campaigned by Roweland Farms of Newton Robinson, Ontario.  A foal of 1946, she was somewhat of an anomaly as her sire, Chief Counsel, was best known as a producer of pacers.  Acquired as a 3-year-old in 1949 by William Earl Rowe of Roweland Farms, one of the original inductees into the Canadian Horse Racing Hall of Fame, and driven by his son 2013 Hall of Fame Builder inductee William L. Rowe,  Celias Counsel went on to win 57 of 144 starts in a racing career that spanned from 1948 to 1053.  She made her Canadian debut at Dufferin Park in Toronto in December, 1949.

In four starts in 1950, Celias Counsel won three times at Dufferin, once at Thorncliffe Park, as well as once in Toronto.

Her best years on the track were 1951 and 1952 when she started in a total of 73 races and won 36 of them, culminating with a victory in the 1952 Maple Leaf Trotting Classic.

Overall, Celias Counsel recorded 57 wins, 19 seconds and 19 thirds which placed her among the first three in 65 per cent of her starts.  For that, her owners received $19,337 in purse winnings in an era with limited opportunity to race at major tracks for bigger purse money.  Celias Counsel notably accomplished a mile in 2:07.4 as a two-year-old in DuQuoin, Illinois, in 1948, and a lifetime mark of 2:07.3h set at age six in 1952.

Upon her retirement from racing, Celias Counsel joined the broodmare band at Roweland Farms where she produced a total of 9 foals.  Eight of which raced, including the $131,538 winning trotter Van Counsel, 3, 2:03.3.    The mare’s accomplishments are recognized annually with the Celias Counsel Stakes for 3-year-old trotting fillies. 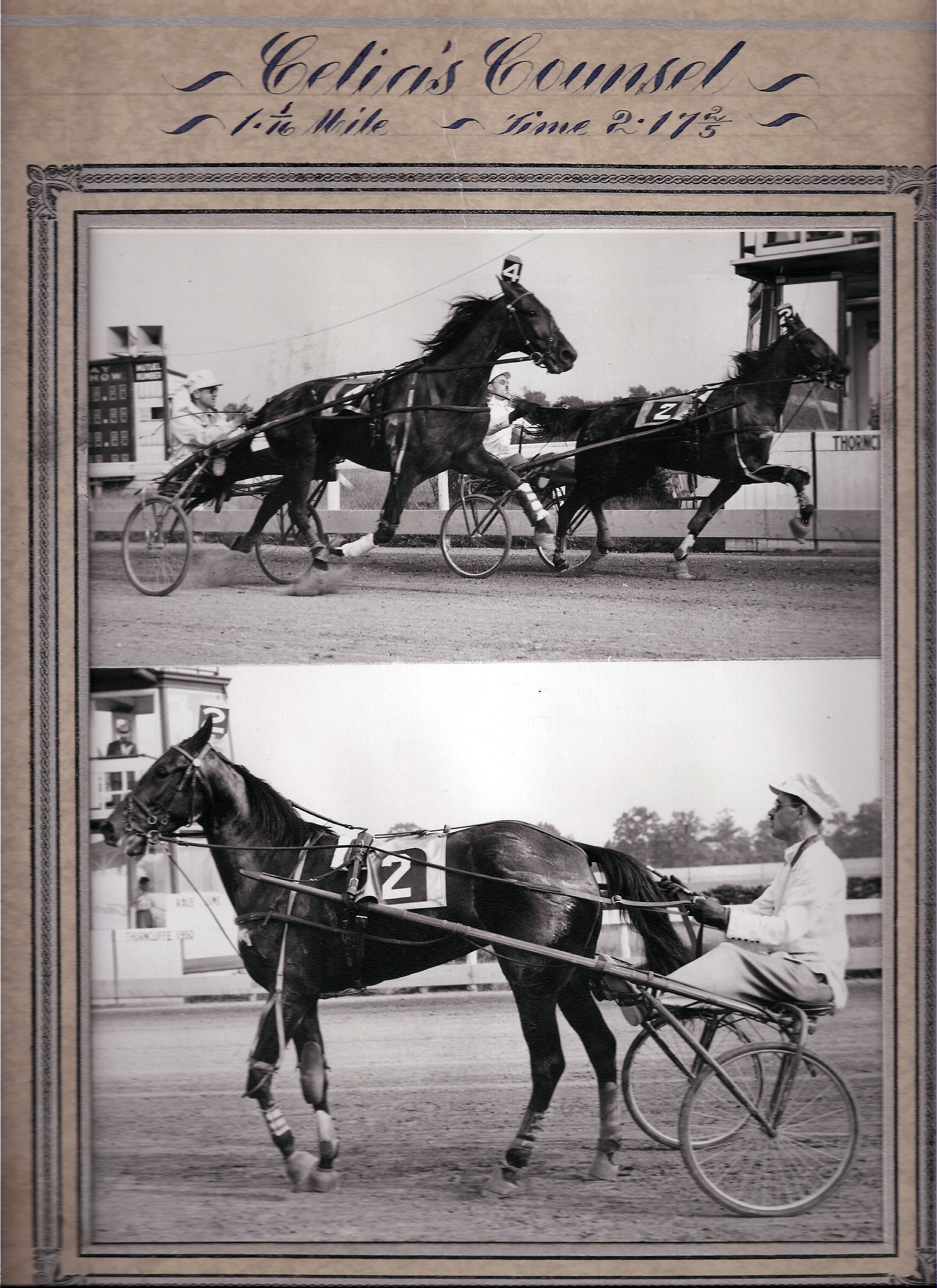