His son has called it ‘The Legend of Carl Jamieson’.

Driver Jody Jamieson used the phrase as a catch-all to describe the phenomenon that is his well-respected father, after the pair combined to win the Pepsi North America Cup with Up The Credit in 2011.That legend had many layers to begin with, and only grows now with the announcement of Carl’s induction into the Canadian Horse Racing Hall of Fame.

Simply put, Carl is a decathlete of horsemanship, a Swiss Army knife of old-school skills and attitude with a leading-edge resume to match.

He’s the man who goes to yearling sales and masters the catalogue with his expert knowledge of pedigree crosses, and is the same man who leaves the sale, goes outside and then builds an impromptu horse trailer out of plywood in order to bring that yearling home.

On June 18, 2011, he made his own hay in the morning and won Canada’s richest race before bedtime. 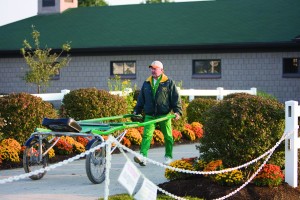 A plainspoken, hard worker and a full-service horseman if there ever was one, Jamieson has spawned a hundred classic stories. In an era when training horses has become more like a white-collar business than a getting-your-hands-dirty trade, Carl has always been a throwback, doing it all from training and shoeing to building tracks, paddocks and stalls.

Fittingly, these old tales only interest Carl insofar as others seem to find them amazing or amusing. To him, it’s just the way he’s always done things and probably always will.

“Carl has been in the horse business all of his life. He doesn’t know any other way other than to be straightforward, onward and upward,” he said.

“He’s worked so hard over the years and I don’t think there’s anyone more deserving (of the Hall of Fame honour) than him.”

A native of Nova Scotia, Carl started out in the business, nickel and diming his way in those early years by quickly turning over inexpensive horses for a lean profit. He’d buy a horse, take them home, race them and then sell them as soon as he could, happy to make $500 or $1,000 on the deal.

More than a quarter century ago, he brought his family to Ontario with five horses in tow. Of the five, only two or three were passable, but they became the foundation of his now Hall of Fame career. He raced them for a while before accumulating a few more. A couple of owners came onboard and Carl began to try his hand at buying and breaking yearlings.

He’d found his niche, and over the last two decades has become known and respected for his ability to select young horses and then develop them into champions.

Moreover, Carl is an exceptional pedigree man, with a system he believes in that has helped him find a few bargains-turned-stars. He’ll take a horse that’s crossed right over a fashionably-bred one any day of the week.

“A horse doesn’t know what he cost. That’s why I mark every horse (in the catalogue) and check them out. Sometimes I’ll try to pick big mares who have made a lot of money, but they’ve still got to be crossed right,” Carl told The Canadian Sportsman in 2011.

His success developing young horses has brought him tremendous success in the Ontario Sires Stakes (OSS) program throughout the years, as well as on the Grand Circuit. His horses have won multiple O’Brien Awards and Jamieson himself was awarded the O’Brien Award of Horsemanship in 2006. 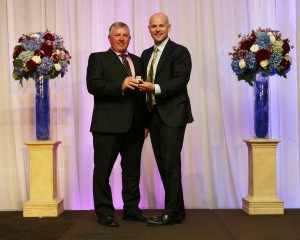 It was a very special night for Standardbred trainer/driver inductee Carl Jamieson as he receives his Hall of Fame Ring from son Jody Jamieson, two-time World Harness Driving Champion

Earlier in this career, he served as his own driver as well, notching more than 1,300 wins before dialing back in the last 10 years to put the reins in the capable hands of his son Jody, Canada’s driver of the year in 2007, 2009 and 2011.

On the training side, Carl’s won more than 950 times and purses of more than $22 million with stars such as Breeders Crown winner and stallion Santanna Blue Chip, North America Cup champion Up The Credit, all-time fastest OSS performer Warrawee Needy, stakes winners Elegant Killean, Appleoosa Hanover and many more. He’s won Grand River’s Battle Of Waterloo an incredible five times, once with Banner Yankee — a horse that also won the Gold Cup and Saucer in 2006 for Carl, a source of great pride for the native Maritimer.

“He started in the Maritimes, and he started with nothing and look at where he’s got to… it’s just a testament to both his talent and work ethic,” said Larry Morrison, who along with wife Joanne has owned horses with Jamieson since 1999.

“There are very few that can do what Carl does, starting with the babies. They know nothing and he teaches them to be as good as they are,” he said.

“But it’s not just the horses… it’s his ability as a horseman in so many areas. He does the majority of the work on the farms, building tracks on his own, renovating barns, putting in stalls. He’s just handy. 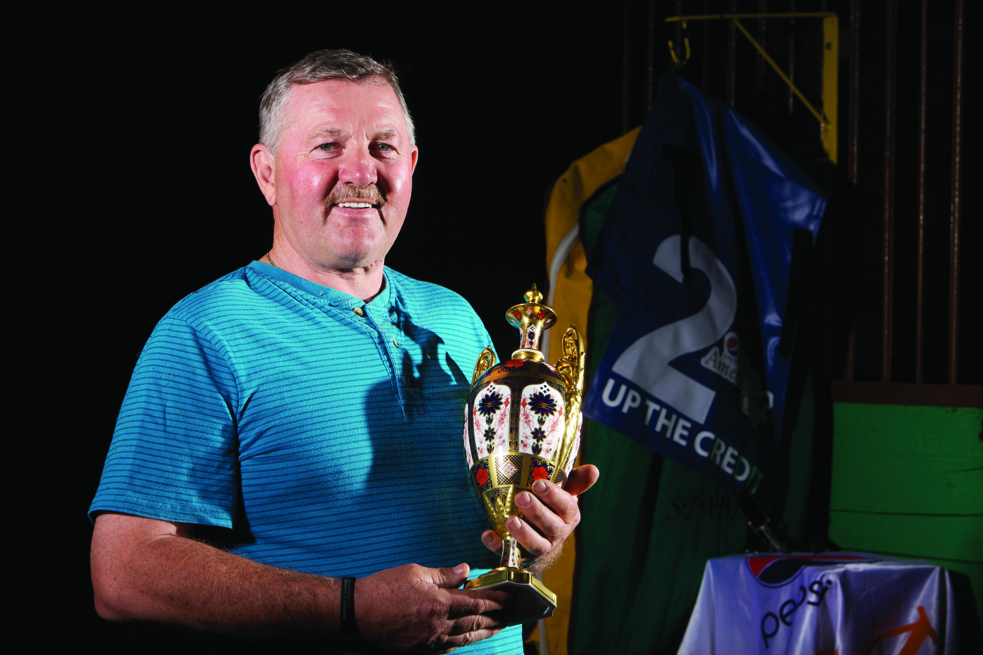