Jack Hood celebrated the romance of horse racing unlike any other owner and breeder ever to appear on the horse racing stage in Canada.

He was garrulous and eccentric, laughing and enjoying the spectacle of his audacious antics. He would often host victory celebrations days before one of his horses went to the post in a stakes race. He drove a Rolls Royce and bought more sets of drums than Gene Krupa. He’d go to a party and there’d be no drums; so he’d send out for a set. His W.C. Fields-like nose glowed like a beacon when friends joined him for drinks after one of his horses won on the OJC circuit or Quebec. His bar bills were outrageous, as were his bets. He once said he was probably the only man to wager $2,000 against the undefeated champion Viceregal. But more than any other facet of his storied life, he was also one of the more astute, and perhaps fortunate, men to ever study the noble bloodlines of thoroughbreds. His library in his suite at the Royal York and later the Sutton Place Hotel was a haven for those who studied pedigrees. 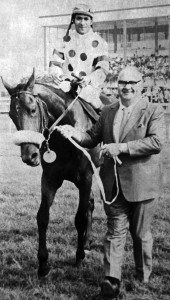 Hood’s legacy with those who partied and did business with the gregarious gentleman from Stratford, Ont., would grow into legendary status years after his death in 1984 at the age of 71. His endowment was a mare he bred, No Class. She was purchased in 1975 by Sam-Son Farms, soon to become one of the premier breeding establishments in Canada because of the offspring of No Class. Her runners earned more than $6 million. She is the grand-dam of Eclipse Award and Triple Crown winner Dance Smartly, the leading money-winning female in Canadian history – $3.2 million. No Class is also the dam of four Sovereign Award winners – Sky Classic, Grey Classic, Regal Classic and Classy ‘n Smart, dam of world champion sire Smart Strike and Dance Smartly.  No Class’s daughter is also the grand-dam of Plate winners Dancethruthedawn and Scatter The Gold. Jack Hood would have been enthralled with his endowment to the Canadian breeding industry and induction into the Hall of Fame.

The path for Hood to the breeding of No Class is one of those unlikely yarns, one which he often described. Each year prior to the Keeneland summer yearling sales, millionaire breeder Leslie Combs II would throw a lavish cocktail party outside the sales arena.  “I would have never got her (Quillopoly, the grand-dam of No Class) for that price if it hadn’t been for Combs party that night. She was among the first half dozen yearlings led into the ring and a lot of the big buyers were still having a drink when she came in,” said Hood in 1971 to Globe and Mail reporter Louis Cauz. “Imagine getting a Princequillo filly for $11,000?  You don’t get them for that price. She was out of a Polynesian mare (Tonga) and Polynesian is the sire of Native Dancer.” His bank manager thought he was crazy for turning down an offer of more than $50,000 for her later that night in 1959.

Quillopolly, who was trained by Horatio Luro, became the foundation mare of Hood’s breeding operations. She produced four foals in eight years. Two were stakes winners – Allquillo, winner of the Princess Elizabeth Stakes, and Sharp-Eyed Quillo, who won the Prince of Wales and Quebec Derby. Bonquill and Classy Quillo were the others. It was Classy Quillo, however, who would change the landscape of Canadian racing as she is the dam of No Class. The rest is history. No Class was consigned to the Canadian yearling sales in 1975 and was purchased for $25,000 by Sam-Son, where she became the foundation mare of Ernie Samuel’s world-renowned breeding nursery.

Hood’s venture into horse racing began in 1958 when he bought a yearling filly called Round Camera. Hood and Round Camera never hit it off together. “Probably her best race was up No. 7 and 8 Highways. She leaped a fence one day and raced through a gate and up the highway, passing cars and zipping around curves until she jumped over a fence into an orchard.”  However, as a broodmare Round Camera produced two foals, Royal Picture and Pine Point. “I sold him (Pine Point) for $1,500 in Kentucky at a time when my banker was reminding me that I was in the school-supplies business, not the horse business.” Pine Point became one of the dominant colts of the 1960s for owner Saul Wagman and trainer Jerry Meyer, winning 12 stakes races and almost $200,000.

Born in Toronto on 16 June, 1912, Hood recalled being raised in an atmosphere of horses and wagering. His father worked in the mutuels at Dufferin and Woodbine. Hood didn’t attain the affluent standard of living he enjoyed during the 1960s and ‘70s by attending or tossing social gatherings. He did it as a hard-nosed school supplies businessman, a venture he started in the basement of his Stratford home in 1939. He parlayed maps, pens and pencils into a $1 million business. He also went into the cattle business in 1956, breeding Aberdeen Angus cattle.

Always seeking a chance to instill humor into the horse racing game, one of the last horses he named in the 1970s was by Bold Monarch. He named the filly Buh Buh Buh Bold. The Jockey Club approved the name, prompting Hood to tell his daughter Bonnie, “can you imagine Daryl Wells saying, ‘And here comes Buh Buh Buh Bold’? Won’t that kill you. Hey I hope it gets a call.” 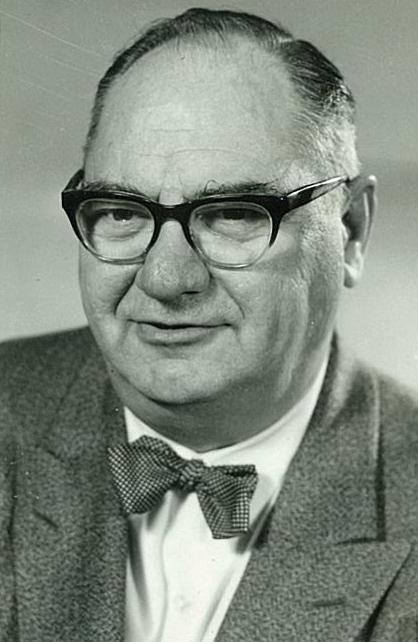