All time money winning driver and double Canadian and US Hall of Fame alumni, John Campbell has been named the 2012 Stan Bergstein-Proximity Award by the United States Harness Writers Association,  The award is the USHWA’s biggest prize on which it votes exclusively is annually given to a person or organization for outstanding contributions to harness racing.

The award, originally named for a great trotting mare from the dawn of pari-mutuel racing, is considered the second-most-prestigious honour in harness racing, after the Hall of Fame, to which the 57-year-old Campbell was named more than two decades ago.

The timing of Campbell winning this year is made more significant by the fact that this is the first year the Proximity Award has the added name of double Hall of Famer Stan Bergstein, often regarded as the top racing executive of the past 50 years and who passed away at the end of 2011.

Bergstein, among his many prodigious talents, was a communicator par excellence as a writer, broadcaster, moderator, and speaker. Campbell, as he emerged into his spot in the very highest ranks of harness racing, became the horsemen’s equivalent of Bergstein, always cooperative with the press, giving well-delivered and thoughtful answers to questions, and not afraid to take a situation to task if he saw a way to better his chosen field.

About winning the award in the first full year after Bergstein’s passing, Campbell noted: “It’s certainly an honour and if you look at the past winners of this, it’s an elite group to be part of and that’s something I’m very proud of. To be named in the first year it’s also named the Bergstein Award is something very special to me.

“Stan was not only a very good friend of mine, but someone I respected immensely for his passion, knowledge and everything he’s done and meant to the sport over the past 50 years. That makes it extra special for me, the fact that it’s associated with Stan.”

A native of western Ontario, Campbell first made his mark on the nearby Detroit-Windsor circuit, then was lured to race at the mighty Meadowlands by racing secretary Joe DeFrank, who himself transplanted from the Midwest to New Jersey.

The rest, as they say, is history: a money total $90 million ahead of his nearest rival; 10,519 driving victories, one of only 10 drivers to reach that mark, despite years of focusing on quality stakes races than quantity of accomplishment; a record 45 victories in harness racing’s year-end championship series, the Breeders Crown; a record six wins in the sport’s most prestigious race, the Hambletonian; and on and on, a list of records where very few will ever be topped.

And as his totals grew, so did the respect with which his opinions were held. Campbell is harness racing’s E.F. Hutton: When he talks, people listen.

Campbell will be honoured on Sunday, March 3, at the Dan Patch Awards Banquet, the climatic event of Harness Congress VI weekend, to be held at the Westin Beach Resort and Spa in Fort Lauderdale, Fla. Further information about the banquet, the Congress, and related events is available at ushwa.org.

(With files by USHWA and Standardbred Canada) 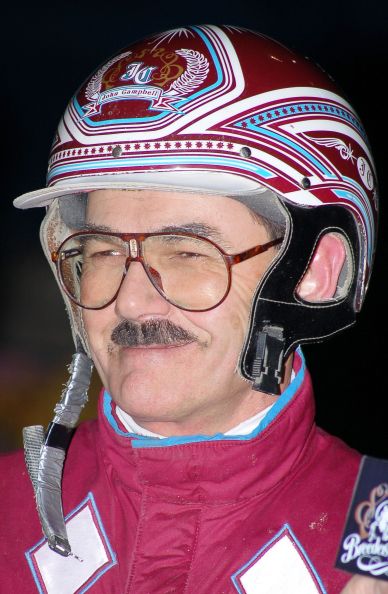