Mildred Williams was a pioneer among women trainers and drivers of standardbreds. She was also an advocate for women when their right to drive in races at extended pari-mutuel meetings was threatened when harness racing was rapidly expanding into metropolitan areas in the 1960s.

Williams was born in 1916 and raised on a farm in Ameliasburg, Ontario. She and husband Alec bred and raised horses which they trained to race at Thorncliffe Park and Dufferin Park in urban Toronto. After displaying her ability while driving the winner of an exhibition race for women and at the urging of a race official who recognized her talent, she became one of the first few women to obtain a driver licence in a male dominated era.

With limited racing opportunities available at that time in Ontario, Williams campaigned at Blue Bonnets and Richelieu Park in Montreal, Trois-Rivieres and Quebec City. In 1960, she was hired by Cambridge, NU, owner Frank Church but could not obtain a license to drive at American pari-mutuel tracks. No reciprocity on licensing existed between the United States Trotting Association and the Canadian Trotting Association. When invited to compete in an international women’s competition which included two American raceways, she refused to participate unless USTA granted her a licence. Representing Canada, Williams finished second in the competition. But, whatever type of licence she received was not valid for all races and when she reapplied in 1964 she was again denied. In 1965, when CTA ruled against licensing women for the first time to drive at pari-mutuel tracks it didn’t affect Williams’ driving status in Canada. But, concerned about women hopeful of following in her footsteps, her vocal opposition to the edict drew plenty of media attention.

In 1969, USTA finally granted Williams full driving privileges. When Green Mountain Park in Vermont staged its first winter meeting, she was its leading drive. After owner Church died, she worked for J. G. Johnston of Carleton Place, Ontario, who described her as having “a special way with horses.” A 1971 New York Times article described her as a woman of class, a hard worker and a driver who wouldn’t take a back seat to anyone.

In 1973 she finished second in the American Lady Driver Championship at Brandywine Raceway before retiring from driving following an automobile accident while campaigning a stable at Vernon Downs. She then took care of broodmares for Ottawa breeder Don Booth until 1983. In 2006, the annual Mildred Williams Driving Series was inaugurated “to pay homage to the great driver Mildred Williams” and to commemorate “her fight to bring more women to the starting gate at harness races in Canada and the United States.” 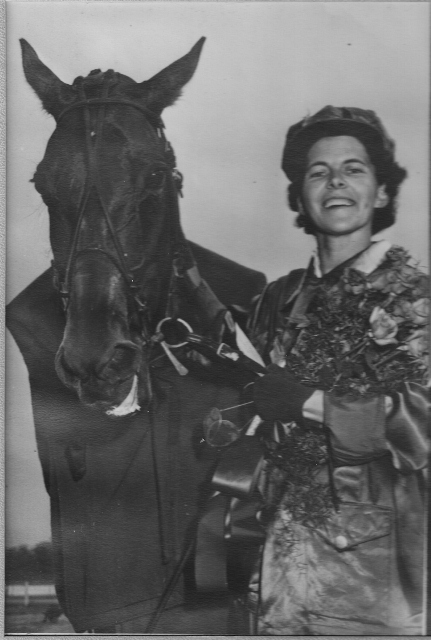