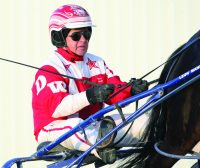 Dave Wall’s career was launched into high gear in 1972 when the first foal from Dina Wall, a gift from his father Harold, proved to be a better than average racehorse. Since then, the Komoka, ON resident has evolved into one of harness racing’s best-loved ambassadors.

Although Wall is recognized in the trainer/driver category, his contributions to the industry stretch far beyond those boundaries. He has launched the careers of countless trainers and caretakers, contributed to the well being of his fellow horsemen through the annual Wall Tyme Golf Tournament.

Born and raised in Kincardine, ON Wall obtained his driver’s license at 25 and struggled through his first few years, until Piper Wall, Dina Wall’s first foal came along. Two years later the Ontario Sires Stakes was born and Wall
became a fan favourite on the province-wide series, earning the moniker ‘Mr. OSS’.
“The first few years we really had a lot of luck,” recalls Wall of the early days of the OSS program.
“I certainly didn’t make (Mr. OSS) up. I really don’t know who did, but it stuck.”

Wall’s willingness to travel from racetrack to racetrack for the provincial stakes events, his easy-going nature, and his ongoing success likely contributed to the ‘Mr. OSS’ title. Through every decade since its inception Wall has been associated with some of the program’s top horses. Starting with pacing filly Arrochar Wendy in 1974, Wall has campaigned such provincial stars as pacing filly Dovers Dottie in 1982 and ’83, pacing colt Snipper in 1984, trotting filly Armbro Luxury in 1992 and ’93, trotting gelding Goodtimes in 1993, pacing filly Odies Fame in 1998 and ’99, trotting colt Northern Bailey in 2001 and trotting gelding Windsun Pride in 2008.

While his success in the OSS has been impressive, earning him Lampman Cup titles as the program’s top driver in
1994 and 1998, Wall has also achieved recognition beyond provincial borders.

In 1985, he piloted his trainee Staff Director to victory in the North America Cup and in 1991 he and Odds Against claimed the Canadian Pacing Derby title. Wall drove Goodtimes to glory in the 1999 Maple Leaf Trot, the same year he and Odies Fame teamed up to capture both the Fan Hanover and Breeders Crown finals.

He also traveled to Sweden for the Elitlopp in 1999 (finishing third with Goodtimes), and in 2003 with Northern Bailey. Wall celebrated Goodtimes’ induction into the Canadian Horse Racing Hall of Fame in 2004.

The horseman was enshrined in the London Sports Hall of Fame in 2011. 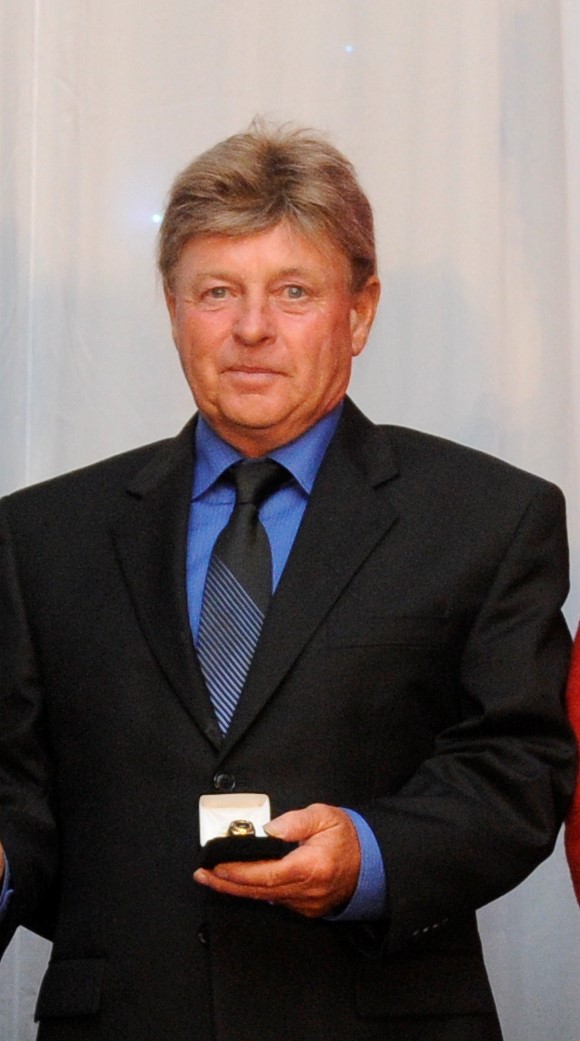