What Charles Juravinski built in horse racing as the founder of
Flamboro Downs has transformed into a tremendous legacy for the people of Hamilton.
Since he sold Flamboro Downs to Magna Entertainment in 2002 for $72 million
(the track is now owned by the Great Canadian Gaming Corporation), Charles and
his wife Margaret have donated $53 million to Hamilton Health Sciences —
including a recent gift of $10 million to a new mental health facility called
the Margaret and Charles Juravinski Centre for Integrated Healthcare.

All told, Charles says their donations to health care in the region covered “from
womb to tomb.”

“The only place we’re not going to have covered is a crematorium or a funeral parlour,”  Charles says.

Charles says he was initially skeptical that a racetrack could be a profitable enterprise, but former Windsor Raceway owner Bill Rowe convinced Charles Flamboro Downs would be successful.  After that, Charles and his principal partners Ray Connell and John Grant moved quickly.

The track cost $5 million to build. The idea was to get the cash flowing as quickly as possible.  When Flamboro opened, boy did it flow. Opening night was a smashing success.  “We caused a traffic jam on #5 highway and #6 highway. You couldn’t move in the grandstand…It was cheek-by-jowl.  We had to lock the door because you couldn’t let anybody else in. There was no room to move,”  Charles says.

Over the next 30 years, Charles became synonymous with the track and its signature event, the Confederation Cup.

Famous for his brash comments and even bolder attire, Charles once rolled in the mud in his lime green suit after Georgina Seelster won a Sires Stakes event at Flamboro in 1988.

As an owner, Charles was connected to a number of outstanding horses, including two Hall of Famers —Matts Scooter and his beloved homebred mare, Ellamony.

“The thing that destroyed me as far as horse ownership was when we had to put
Ellamony down,” he says.  “She was going to be the broodmare of all broodmares, as far as we were concerned.”

Though, ever since Ellamony was inducted into the Hall of Fame in 1998,  Charles has worn her ring. “I never take it off.  It’s amazing how many people have asked me about it over the years. I always say,

‘It’s from the Horse Racing Hall of Fame.’ Of course, they will say, ‘Congratulations.’ I don’t tell them that this was for Ellamony.  Now, when I get my own ring I won’t be bending the truth anymore,” he says. 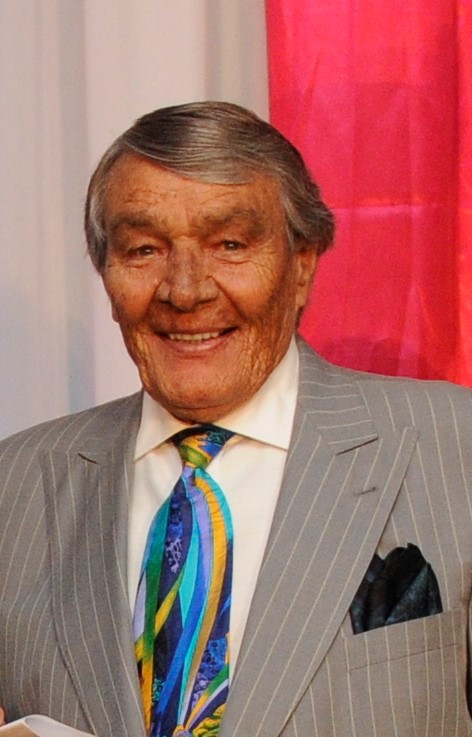