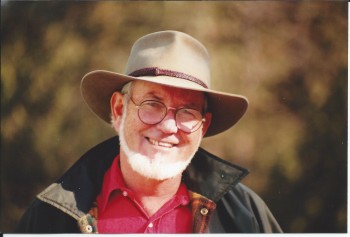 The horseman who bred or campaigned so many stakes winning champions during the 1980s and ‘90s – Mt. Sassafras, King Corrie, Bold Ruritana and Stephanotis to name a few – was honored posthumously in 1996 for his years of devotion to the thoroughbred industry when Minshall Farms won Sovereign Awards as the leading Owner and Breeder in Canada. A further honour was accorded when Mt. Sassafras was named Horse of the Year. Unfortunately, his sudden death in November, 1993, did not allow him to enjoy these accolades.

Other champions included Kiridashi, Dance for Donna, Sea Wall, Suffix, One Emotion and Charming Sassafras, a Sovereign Award winner as champion Broodmare of 1997. The horse that catapulted him into the ranks of prominent owners was Rushton’s Corsair, a colt he bought in British Columbia in 1972. Rushton’s Corsair won the Prince of Wales and the Manitoba Derby, was second in the Quebec Derby and placed third in the Queen’s Plate, Breeders’ Stakes and the Toronto Handicap.

Minshall was born in Guyana in 1930 and lived in Trinidad until he joined the Merchant Marines and immigrated to Canada with virtually the clothes on his back. His rags-to-riches story followed a path of building up several successful manufacturing businesses. Always devoted to Canadian racing, Aubrey got involved in the late 1960s. By the early 1970s he began expanding his business ventures.

Minshall constantly upgraded his breeding stock, hoping one day to breed a Queen’s Plate winner. He came closest with Stephanotis, second in 1996, and Mt. Sassafras, third a year earlier. His trainers included Glenn Magnusson, John Ross, and his wife Barbara, who became the first woman to earn a Sovereign Award as Canada’s leading trainer. Mt. Sassafras provided Canadians with a huge thrill in the 1996 Breeders’ Cup Classic at Woodbine when he had the lead under jockey Mickey Walls deep in the stretch before finishing fourth at odds of 101-to 1. A length separated him from Alphabet Soup, Louis Quatorze and Cigar.

That winter Mt. Sassafras defeated Eclipse Award champion Skip Away at Gulfstream in the Donn Handicap.
Barbara Minshall paid tribute to her late husband, saying “Aubrey took the ups and downs of this business better than anyone I have ever known. Many people got their start at this stable. He was very much a “hands-on” owner and an extremely knowledgeable horseman. His business sense and intuition was probably what helped Minshall Stables survive the lean racing years. There are so many Minshall-breds around North American racing that I couldn‘t even image the numbers considering that he would be classified as a small breeder.”