W.J. Hyatt was a groundbreaking entrepreneur who was always ahead of his time. A very successful salesman and innovator, Hyatt built both a thriving roofing business and a large transportation and trucking enterprise. But Hyatt’s true passion was horse racing, a love that began in his childhood.

“In my young days,” the Petrolia, ON native wrote in his memoirs, “if there was a horse race anywhere within reasonable reach of me, I was there. My father was a great lover of the heavy horse, and had no use for the fast ones, but I loved the trotter and pacer.”

Hyatt received an early education in horse trading the hard way, swapping driving horses with the gypsies near his hometown. But it wasn’t until 1938, after establishing a successful business career, that Hyatt was able to enter the ownership ranks.

Soon after watching a pacing colt by the name of Bob Lee set a Canadian record for two-year-olds at the Strathroy Fair, Hyatt offered then owner Nate Neely $1,000 for the horse. Neely accepted the deal and the roan went on to become the centerpiece of Hyatt’s racing and breeding enterprise.

Following Bob Lee’s extraordinary racing career, Hyatt retired him to stud at his 700-acre picturesque farm near Thorndale, ON. Named Bob Lee Farm, Hyatt’s showplace of harness racing featured top mares and an impeccable training facility that he generously opened to the public and to other horsemen for training.

In 1943, feeling harness racing needed a boost, Hyatt approached the Supertest Petroleum Company for the sponsorship of a new stakes series for two-year-olds owned and bred by Canadians. The company agreed, and the Supertest Stakes was inaugurated with Hyatt himself pledging to pay for all promotion and administration costs. The series, which also added a three-year-old division, grew into a vital driving force for the Canadian racing and breeding industry.

In 1948, at the age of 67, W.J. Hyatt passed away from heart complications, but his impact was lasting. Fellow builders formed the W.J. Hyatt Association and the Supertest sponsorship lasted for almost 30 years until 1972. Even after the sponsorship ended, the stakes series continued for decades to come, as the Flamboro Breeders Stakes. 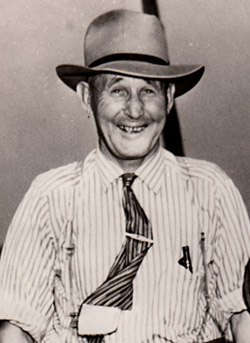