One can only speculate what type of career Sam-Son Farm’s Wilderness Song might have enjoyed if she had not been foaled in 1988. Another filly was foaled that year at Ernie Samuel’s farm in Milton, Ont., Dance Smartly, who would retire as Canada’s first Breeders’ Cup champion (The Distaff) and is the only filly to win Canada’s Triple Crown en route to Horse of the Year in Canada and an Eclipse Award in the United States. However, few Canadian-bred fillies have enjoyed as much success as Wilderness Song, a bay daughter of Wild Again and Nalee’s Rhythm. When Wilderness Song retired as a millionaire in 1994, only one filly had earned more money – Dance Smartly.

Trained by future Hall of Fame inductee Jimmy Day, Wilderness Song does hold one distinction that her rival down the shedrow could not lay claim-she was Sam-Son’s first Gr. 1 winner when she captured the Spinster Stakes at Keeneland, Ky., in 1991. While Dance Smartly was dominating racing in Canada, Wilderness Song managed to carve an outstanding career on U.S. tracks. In 19 starts below the border, she had seven victories and six second-place finishes. Her wins came in the Pimlico Distaff Handicap, the Gr. 2 Molly Pitcher and the Gr. 3 Monmouth Park Breeders’ Cup Handicap and the Gr. 2 Churchill Downs Breeders’ Cup Handicap. She was also stakes placed in races at Churchill Downs, Hawthorne and Detroit. At Keeneland she won three of four starts.

As a two-year-old,Wilderness Song had four wins in seven starts. The only time she was off the board was in the Breeders’ Cup Juvenile Filly at Belmont Park. Although she didn’t win that day, finishing third, Dance Smartly again finished ahead of her stablemate. Despite having to face Dance Smartly in the Canadian Oaks and Queen’s Plate, finishing the runner-up in both of these prestigious races, and the Prince of Wales on Canadian soil, Wilderness Song managed quite nicely, winning the Gr. 3 Mazarine, the important Princess Elizabeth, Bison City, Fury and Belle Mahone Stakes. She won eight times in Canada and in 18 starts had an 8-6-2 record. In 37 starts, Wilderness Song won 15 of them and was in the money in 29 races. Of her 37 starts, 31 came in stakes races.

In 1992, Wilderness Song was voted a Sovereign Award as Canada’s champion Older Filly or Mare. Her career earnings of $1,482,005 placed her ninth among all leading money-winning Canadian-breds when she retired following the 1993 season. 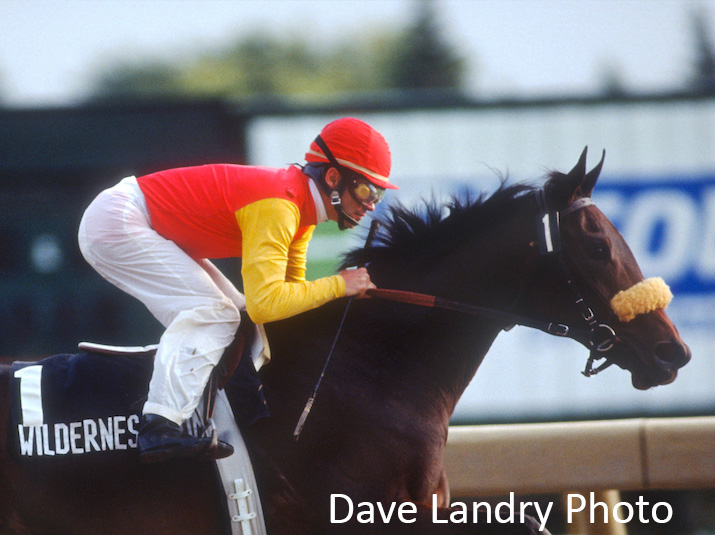