Chris Loseth was the first jockey to win Sovereign Awards as both Canada’s leading apprentice in 1976 and the country’s outstanding jockey in 1984. He retired in June, 2005, with a career record of 3,668 victories. The 50-year-old was the leader in victories and stakes wins at Vancouver’s Hastings Park. His mounts earned more than $32 million. 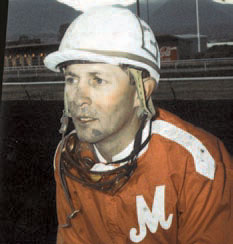 Loseth narrowly missed election in 2006, his first year of eligibility. “I feel very honoured to be going into the Hall Of Fame,” said Loseth. “It really puts a perfect topping on my career. It’s also nice to go into the Hall with Russell and Lois (Bennett). I rode Travelling Victor and a lot of other nice horses for them.” Two days that stand out in his prolific career are April19, 1984, and June 9, 2001. In 1984, he won eight of 10 races at Hastings, where he spent almost his entire career. He had success at Long acres in Seattle, Wash., and north California tracks as well. In 2001, Loseth was honoured at Woodbine as the winner of the Avelino Gomez Memorial Award. The Gomez trophy is given annually to the person, Canadian-born, Canadian-raised or regular rider in the country for more than five years who has made significant contributions to the sport. Some of the previous winners of the Gomez award are Sandy Hawley, Ron Turcotte, Jeff Fell, Don MacBeth, Chris Rogers, David Gall and Johnny Longden. In accepting the Gomez award an emotional Loseth, who was surrounded by riders from Woodbine’s colony, said, “It was a total surprise when I was told that I won. I can’t imagine what I did to deserve this honour. The dream never ends, it just gets better.” 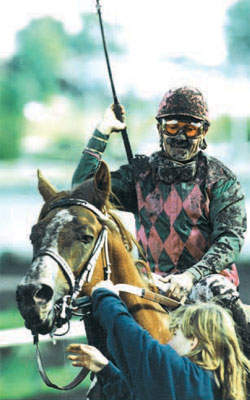 Loseth, who grew up primarily in Fort Nelson, B.C., had wanted to be a rider since he was 10-years-old. After reading an article about Longden winning his 6,000th race at Hastings (then called Exhibition Park), he told his parents that when he grew up he was going to be a jockey. His first mounts were on horses used by hunting guides, allowed to roam free on the ranges near Fort Nelson when they were turned out during the off-season. “Any horse my brother Jim and I could catch, we would ride,” he said.

Loseth credited trainer Alan May for much of his success. He gave him his start as a hot-walker and later as a jockey in1975. However, he suggested that Loseth had a lot to learn if he was ever going to be a rider and recommended that he spent some time at the Oak Tree meet at Santa Anita that fall. May said that the apprentice learned a tremendous amount down there and when he came back in 1976 he was a complete rider and won his first jock’s title that year. He lists his wins in the Long acres Mile aboard Travelling Victor and Kid Katabactic as his proudest achievements. His favourite horse was Delta Colleen. During one of his visits east in 1976 he won 16 races, including the Fairbanks Stakes Handicap at Greenwood on Cool Ted. 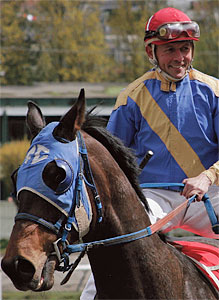