Cathedra was a standout two-year-old pacing filly who developed into a superior broodmare.

Bred by Tymal Farms in Oldcastle, Ontario, the daughter of Run The Table out of Cathedral City was campaigned by trainer Larry Ainsworth and was a $32,000 purchase for partners Martwest Racing Stable of Mississauga, Ross Holmes of Ilderton and Graham Chambers Ltd. of Bothwell, Ontario. 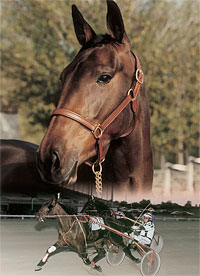 She was nothing short of sensational in her two-year-old season, winning 14 of 16 starts and banking $435,153. With Ken Hardy driving, she swept all five of her Ontario Sires Stakes Gold Series Finals, becoming the first filly ever to accomplish that feat and in the process became the richest two-year-old in OSS history. She also added the Canadian Breeders Championship to her resume of wins.

In her three-year-old season she posted a respectable record of 9-3-4-1, good for $156,449 in earnings. She took her career mark of 1:52.3 over Woodbine Racetrack’s seven-eighths-mile oval and retired from racing with career earnings of $733,789.

In November 2000, Cathedra was sold for $270,000 (US) to Hanover Shoe Farms, where she still makes her home. She has excelled as a broodmare, producing eight foals with earnings of $4.6 million and an amazing average of $935,031 per starter. 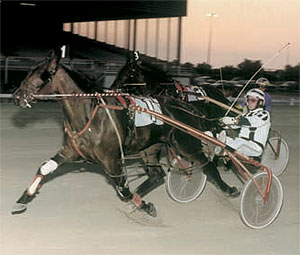